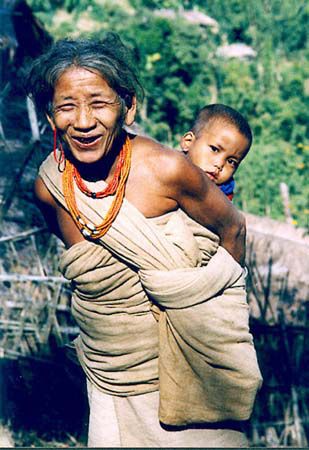 “Burhi Aai’r Xaadhu” (literally translated to Grandma’s Tales) is a collection of stories or folklore, that have been compiled by famous Assamese author and poet Laxminath Bezbarua. As most folktales go, before this compilation, there had been no written record of these stories. While some of the stories are more like the Assamese version of Panchatantra, with speaking animals and birds as main characters of the story, most of these are based on the life of a simple villager. The words of Laxminath Bezbarua wrap these stories up in subtle and sometimes blatant humour, which can somehow never be reflected in translation, no matter how accurate it is.

Having been one of those fortunate ones to have heard these tales from my own grandmother, I realise just how precious those tiny fragile moments are, and how integral they are for the bonding of grandparent and grandchild. In today’s fast moving life where children are thrown into cut-throat competition from a very early age, internet and video gaming have taken the place of innocent storytelling sessions. It is indeed rare to find a child who can and more importantly, want to read books in his mother tongue. Hearing such stories from a grandparent is an even greater rarity.

The Project Burhi Aai’r Xadhu is an effort to introduce the simple pleasures of hearing folktales from a grandmother. The stories have been retold by my own grandmother, and even though I would have loved to put up all thirty stories in the compilation, I managed to put up only seven of them due to personal constraints. Here’s hoping these stories light a spark, if not ignite a fire, of interest in these irreplaceable stories.

Perhaps the most famous among all Burhi Aai’r Xadhu, this story is a touching story of a girl named Tejimola whose evil stepmother kills her in a fit of jealousy while Tejimola’s father is away for business as a traveling merchant. However, Tejimola takes different forms and stays alive in spirit despite her stepmother’s efforts to make her disappear forever. The story has a happy ending, where Tejimola ends up as a lotus flower in the hands of her father on his way home. With magic and emotions all packed in, this story is a fascinating narration from beginning till the end.

This funny tale is about a foolish emperor whose skewed idea of justice leads him to decide to kill his own son. In an attempt to find a way out of this, the emperor’s shrewd minister catches hold of a fat man in the pretext of having him carry the baby prince while he was being killed. The man’s teacher in turn, being even more cunning, makes the foolish emperor kill himself by tempting him with kingship of Heaven itself. Immensely quirky and funny.

This is a famous tale of a monkey and a fox who claim to be friends and yet keep trying to outwit each other. While the monkey cheats the fox out of his fair share of food taking advantage of the fact that the monkey and climb trees while the fox can’t, the fox makes the monkey attack a bee hive by telling him it is a royal drum. The greedy foolish monkey however ends up paying with his life in this story with a strong moral: Don’t cheat your friends!

“Juwai” meaning son-in-law, this story is about a foolish man who goes visiting his in-laws. While confusing his own shadow to be a person, he ends up giving up all of his clothes to his own shadow to get rid of it. To add to his woes, he suffers from night-blindness which he tries to hide from his in-laws, leading to a whole lot of confusion.

An intelligent but poor man tired of being nagged by his wife sets off on a journey to prove his worth, and with his cunning manages to fool a lot of people on his way. Starting from eating sweets in a sweet shop by fooling the shop owner’s son into believing his name to be “Makhi” (meaning housefly) to making a man run around a tree holding on to the tail of a pig, the intelligent man goes back home with riches much to the satisfaction of his wife.

Kukurikona in Assamese means a person suffering from night blindness. Although not much different from the “Juwai’r Xadhu” this story has its own twists and turns.

Dhura Kauri meaning a crow and Tiposi being a pigeon, this story is a narration of how the intelligent bird escapes from the clutches of the crow using his cunning, by making the crow fly around to fetch something that ultimately leads to the crow’s death.

Thunder On The Hills