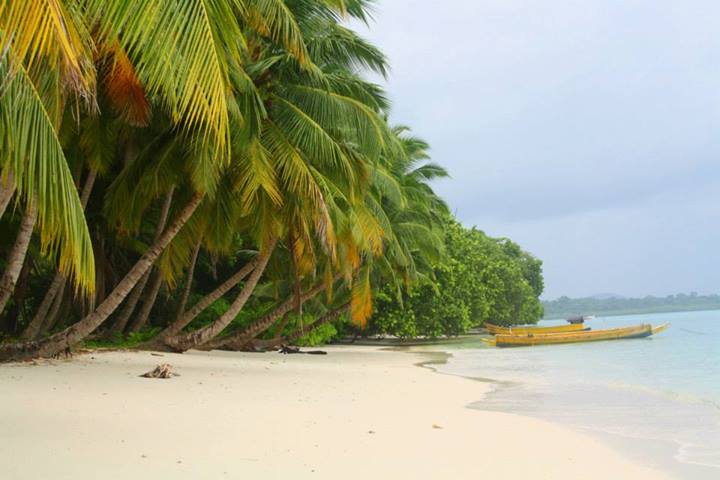 It was 1:15 pm. As the crew announced the landing of the flight, our excitement knew no bound. As an instant reaction to the announcement, we swayed our bodies towards the flight window to catch a glimpse of the turquoise sea and the town of Port Blair.

This was a most-awaited trip, planned five months in advance, to escape the hullabaloo of everyday life. The idea was to celebrate better half’s birthday and sink into a sea of romance, adventure and fun. As I stepped out of the plane at the Veer Savarkar International Airport in Port Blair, I could see the glee on my husband’s face. He was way too happy and enchanted by the green cover of the town. After a quick check-out from the airport, a pre-paid taxi took us to our hotel. As the cab sped through the streets of Port Blair, we could sniff romance and laze in the air. Port Blair, the capital of the Andaman and Nicobar Islands, spells colonial charm and is nestled around harbors.

Huts at the Resort

Day 1: With excitement levels at its peak, we decided not to waste any time in the hotel. After a hassle-free check-in and quick change of clothes, we stepped out to explore the town. Port Blair has a sense of warmth and simplicity. Whether you ask for directions or anything else, people are ever ready to chip in and help. As the Aberdeen market was located close to our hotel, we decided to take a leisurely walk. Autos are easily available and charge you anywhere between Rs. 20 to Rs. 50 for a drive around the town. Cabs are also available for hire.

After a walk through the market, we headed straight to the Cellular Jail. The galleries located inside the jail premise paint a sad picture of the tough life of prisoners and the atrocities meted to them by the British jailers and officials. The jail compound originally had seven wings that resemble a bicycle wheel with a connecting watch tower in the middle. At present there are four wings, each three storied that whisper the story of rebellion, bravery and spirit of nationalism. When in Port Blair, a visit to the cellular jail is a must. The Light and Sound show conducted twice every evening at the jail premises is something you would not want to miss. It is a saga of heroism and India’s struggle for freedom. 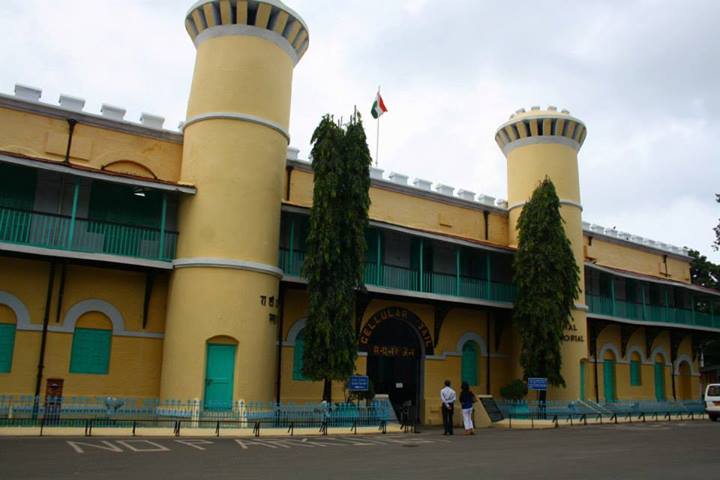 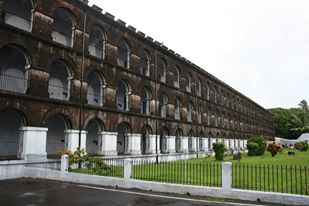 One of the seven wings of the Cellular Jail

A rainy evening by the Corbyn’s Cove beach located 7 km south of Port Blair lifted our moods that were dampened by the tales of misery at the Cellular Jail. The drizzle, beach and sea breeze was addictive enough, leaving us craving for more in the days to follow.

Day 2: The next morning, we left for Havelock Island. It is the largest of islands in Andaman and takes 2 & ½ hours by sea via public and private jetties. During off season, private jetties do not operate and therefore a traveler needs to book the public jetty tickets in advance through the hotel or agents, whichever is feasible. After a majestic sea journey, we landed at the Havelock Island harbour at 9 am for two days of fun and sunbath at the seashores. After a homely welcome at the resort and a sumptuous complimentary breakfast, we hit the beach that was right behind our resort. The finger-licking goodness of fresh sea food like ocean trout and buttery prawns compensated our hungry tummies after hours of leisurely swim and photo sessions in between. Like true backpackers, we hired a scooty and hit the Radhanagar beach to see the sunset. Unlike Goa, beaches in Andaman do not have shacks. So, in case you plan to stay at the beach for a long time, carry food, beach towels and beach mats.

Havelock Island has a laidback charm. Evenings at Havelock are mellow. Unless you drink and like to spend your time at a resort bar, there is nothing much to do after sunset.

Day 3: An island holiday is only replete with water and the sea and therefore hitting the beach was the next thing to do. This was followed by a scooty ride to explore the rest of Havelock. In the evening, we took a ferry back to Port Blair.

Day 4: A day-long trip to Coral Island also called North Bay, Viper Island and Ross Island is a must. These islands are located close to Port Blair and offer you fun, adventure and a brush with history. Coral Island is popular for sea walk that lets you experience the underwater life. Snorkeling, Scuba Diving and Glass boat ride is a great way to spend the day at the island. Ross Island was the administrative headquarter of Andaman until 1941.  During World War II, it came under Japanese occupation.  The island has Japanese bunkers, ruins of a church, huge gardens and old buildings. Viper Island holds a place in history. It was the place where British kept convicts and political prisoners.  After the construction of the Cellular Jail in Port Blair, the jail in Viper Island was abandoned. 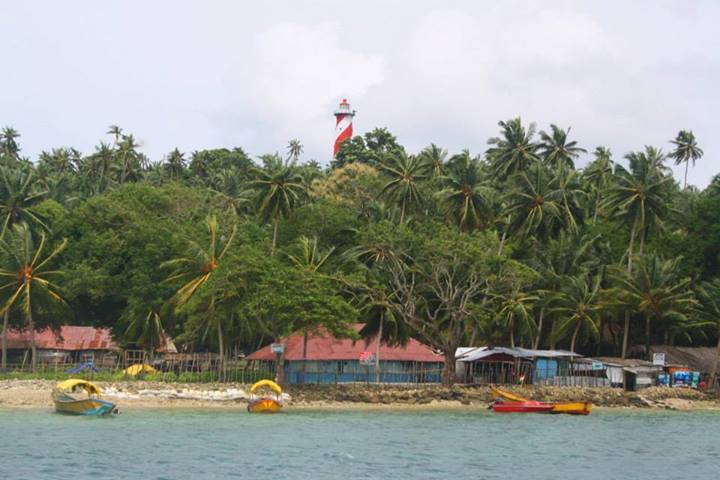 Coral Island and the lighthouse

Day 5: After an early morning visit to Aberdeen market and Sagarika Govt. Museum in Port Blair to buy knick-knacks, we boarded our flight back to Kolkata.

Sun-kissed beaches, underwater adventure, yummy seafood and the laidback charm – Andaman has a lot to offer. If you are yet to decide on your next holiday destination, do give Andaman a thought. It is a traveler’s assurance that you will not return disappointed. 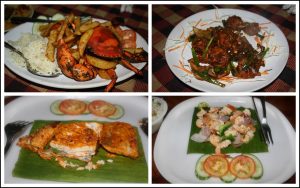 Some of the delicacies of Andaman

A) Watch ‘The Light and Sound show’ at Cellular Jail,

E) Relish the sweets and savories at Sweet shops in Aberdeen Market,

A word of caution: You are not allowed to carry sea shells and corals out of Andaman. So instead of wasting time collecting shells at the beach, visit the government museum and purchase whatever you need.

Scuba diving in the land of the historic sultans