We were doing some pre-Holi shopping when we came across some environment friendly Holi packets made in Tihar. They looked very good quality-wise. Very attractively packaged, these packets claim to be made from “recycled paper with post-consumed water and water-based inks and water-based adhesives”. The product -Edible Gulaal -the packets claimed, was made from pure, natural, essential and highest quality plant & earth ingredients. The packets also informed that the proceeds from the sales of the product will go to the reformation and post release social main streaming of inmates of Tihar Jail under a program called Antarkranti by Divya Jyoti Jagrati Sansthan. This seemed very interesting and we wanted to know more about Antarkranti and we visited their website www.antarkranti.org to know more about them. 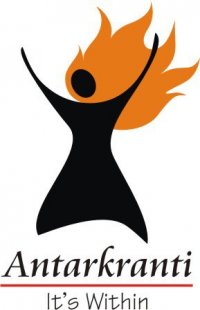 We came to know that under the distinguished leadership and guidance of His Holiness Sri Ashutosh Maharaj Ji, Divya Jyoti Jagrati Sansthan (DJJS) came forward to work out the ideology of curing the “ill psyche” of the prison inmates in order to reform them from within, and commenced an exclusive project inside the Tihar Jail premises. This movement, behind the bars, was named as ‘Antarkranti‘ – an Inner Revolution. The aim was not to subject the body or psyche of the individual to torture, instead, effort was taken to illumine the person’s inner self by tuning it to the supreme consciousness.

No one is a born criminal. Circumstances, bad company, vices, negative emotions and certain social situations act as catalyst in the making of a criminal.
As prisoners, they either lament for their past and go into depression or they turns out to be more violent and cruel. In both cases, they need Spiritual psychosomatic help to reform from bad to good; from wrong to right and give them a second chance better their lives.

too, prisons have undergone a change to reforming prisoners. Prisons are no longer viewed as “Condemned Cells” or “Punishment Centers”, but as “Reformation Centers…!”
Divya Jyoti Jagrati Sansthan tries to undertake Prisoner Reformation – a Divine Reformation of a Sinner to a Winner, from within and out.

The life in prison is not easy. Introducing spirituality was a peerless initiative by DJJS. The first Satsang & Bhajan Sankirtan Programme, was held in Jail No. 2 on May 14, 1996. Since then, a lot of efforts, goodwill and dedication have gone in to turn an improbable task into a concrete reality. The former hard-core criminals are today the living testimonies of this revolution as they have turned from sinners to winners. 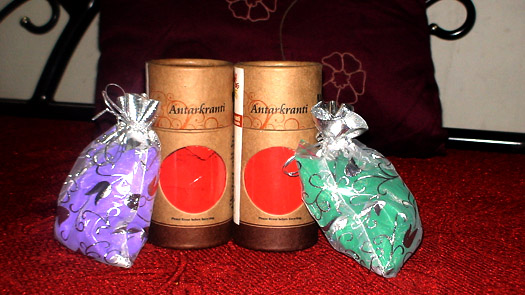 This Holi, under these program, a group of 20 women inmates from Tihar Jail No. 6 prepared some gulaal from herbal material like flowers and each 100 gm package was priced at Rs. 25. 10,000 such packets were commisioned and and all of them were sold out. This is one of the income generating projects that take place from time to time. The proceeds from these projects go to the Prisoners Welfare Fund.

Other initiatives at the high security jail include an exhibition for the inmates by celebrity fashion designer Sanjana Jon, who even came out with a range of outfits for them. In another such project, choreographer Shiamak Davar also recently conducted a workshop for 100 inmates.

Sending the misled behind bars would not shield our society and homes from evil & danger. What needs to be done is implant virtues in disruptive minds and help them join mainstream society.This is exactly what Antarkranti has been doing for the past 15 years in jails across India.

Creating noble human beings is a sustainable way towards crime prevention. Let’s join hands for a cause.