The Cycle by Gaurav Deka 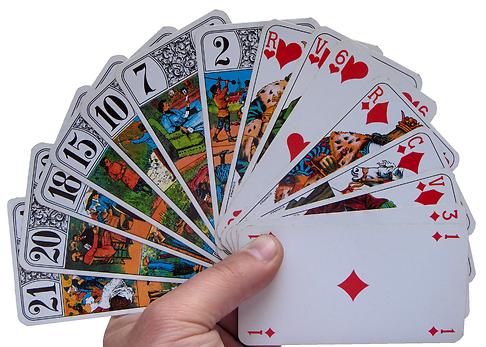 She played the violin. Her delicate fingers spun symphonies of love from those fortunate strings that she plucked; music poured out, like rain, and the garlands of lavender caressing her hair that fell about on her deep cleavage, put even the Medusa to shame.

When she entered my chamber from the rain, I ran with the towel to wipe the drops off her face. Each one seemed to trap a rainbow within. The rain had drenched her. She smiled and took the towel from my hands. Our fingers touched and left the purple of the lavender into mine. I pretended to touch my nose in an attempt to scratch while taking in the scent in that little of my finger. My breath carried the sense of her lavender in surges like the tides, of notes, from her many symphonies. They rested in my consciousness, and in less than an instant, I knew, she was my soul-mate.

Five years had passed since then; I was now a practicing Tarot-Reader and specialized in past life regressions. I had taken this up, giving up medicine, for the sole reason of fulfilling life’s personal purpose—to know why I existed and for whom? The question was not about dying alone, but knowing the end of the waiting. Maybe the time had come.

“How can I help you Miss?” I asked her and gestured to take the chair facing mine across the table. A spread of purple silk covered a pyramid. Purple is always so soothing, I thought, as I smelled more of her, scratching my nose.

“I am Geetika. I have come to you for a past-life regression therapy. My friend, Drishti told me that you are the best in the town.”

I smiled, and asked her to carry on.

“I don’t know how to put It.” she expressed absurdly, her voice quivered as she did so. I could see her eyes glint like diamonds, the tears reflecting her anguish, within it, small rainbows.

“Put it whichever way you like, and take your time.” I held her a glass of water on my right. Our fingers touched, only this time the coldness of it pierced my skin like a thousand knives—pain.

She took a sip, and another.

“I get these dreams of dying alone…” She thought of carrying on but stopped abruptly.

“Everyone does.” I clarified.

“I know” she took another sip, “but everyone experiences Love at least once in their lives, requited or unrequited, but they do. I want to know if I’ll ever meet the love of my life or will I die without ever meeting Him?”

I could have told her that very moment that I am the one sitting in front of her—the love of her life; but had learnt, Lovers never meet or separate, they are always in each other, beyond the shackles of space and time, since eternity and beyond. I chose to keep quiet.

“Would you take the couch?”

“Thank You”, she nodded in anticipation of what would come next.

An hour later, I could see her soul, delving deep into her various lives, where time became simultaneous with her many lives flowing in and out of it and falling into one another, of taking shapes, feelings and senses, like some distant dream long forgotten and now remembered lucidly. Her life was once a fragrant lavender breeze, wafting through the meadows traveling through fields dispersing her heady spirit, she became the moon in one of them — once crescent and in yet another, full; it was her music that she sang in one of her lives, as the Bird of Paradise, calling out to her lover. And then slowly what seemed like stooping below the earth to vanish, her life transformed into a Rose Bush, nearby a Hyacinth pool where every now and then, the rain would splatter mud, flooding the pool over where water would pour down the grooves like small tributaries and quench the thirst of the rose shrub. She kept waiting even then, for her Lover to come and kiss her tender petals, but then closing, in vain every night, never realizing that within her, were parts of his love, always helping her to grow and nurture, — the Hyacinth. They shared love molecules. They shared love and life together. Only the Hyacinth knew it and she didn’t…never knowing, she died a painful death. The Hyacinth just kept looking and sacrificed himself to the flood, the night later.

Before taking another breath she was now another life—“A Whore” praying in a nearby church, not for the sake of asking God to help identify her soul-mate. At least not in the various men she met. But to know whether Father Sigmund, would ever see her with the same eyes, she perceived Him to be—her soul-mate. Never did she realize that he loved her as much as she did, but he was shackled by religion and its roots. He was a drifter in his tender age, and after having contemplated on his sins, chose a life which he thought would perhaps protect him from his past.

Today she was in the confession box, admitting her intended suicide. She knew that on the other end, was Father Sigmund, and so was the Drifter.

That evening, as she was preparing her death, The Drifter arrived unannounced. In her nakedness, she was ravenous, and she was waiting,

“Alas, the wait ends” Quaffing the fragrance of His sweat, pulsing quasars of lust. His hair was disheveled. She let out a mocking laughter as she slurred – “ecstasio en dolor”…Spit mixed with the pleasure of an unfinished poisoned mojito.

“Pretend that you love me”, a horrific scream escaped her breath.

He came closer and unhindered, unabridged, he unbuttoned and made the macramé out of her untangled deranged desires. Alas, he was going to make love to her.

But her fate as well as the poison had decided to act faster. She had chosen her euthanasia. And before he could ignite the fire of his love in her, it ended, with her soul oozing out in fragments, droplets and particles, dispersing into one lugubrious route – The Anathema of her Karma.

She could feel the particles of her life entangled by an invisible umbilical cord dissolving back into the Singularity, the universe she arose from.

Next moment, the exodus of a countless realities collided inside her head and exploded in a supernova.

She opened her eyes in shock.

“But Why?” she cried, tears streaming down, fear dribbling all over the Persian carpet. The chandelier above shimmered with esoteric delight as if, it too contained life within itself as she seemed to carry a death wish, always with her.

I explained it to her with equal pain, remembering my own lives as the Hyacinth and Father Sigmund that it is a cycle no one can break. She would meet her soul-mate in every life, just like everyone does, she would fall in love too, but never realizing it consciously, always ignorant, like the water lily unaware of its own beauty.

It was an unbreakable cycle, fate had spun it and she couldn’t help but wait for the mercy of it.

She got up from her chair and handed me the fees, without a single more question.

I refused and kissed her hands in turn.

“Thank you”, I smelled in her, one last time.

I was not allowed to break the cycle either, until it chose to un-do itself. I too was a prisoner of time and fate.

She looked into my eyes, which was now wet like hers. I wished that she would sense my love for her, which I had preserved, in every life, in every death.

The meaning of my existence became clear to me, as well as the personal purpose of my life. I could embrace death peacefully now, after suffering a long spell of terminal leukaemia.

She kept looking at me, as if promising silently to see me again, in another life, in another world. She asked to leave and departed, with a final glance never knowing about her Love, in this life too. Never realizing the answer to her Question anymore…which was none other than Me.

1. Ecstasio en dolor means “Pain is pleasure or it is way of saying I find Pleasure in pain” in Spanish (Espanola)

Gaurav Deka is a professional Tarot Card Reader for the last seven years. He has done his MBBS from Gauhati Medical College and has done a course in creative writing From Sussex University, Brighton, U.K. He resides in Guwahati and is a Full time Writer too currently working on his First novel to be published next year.