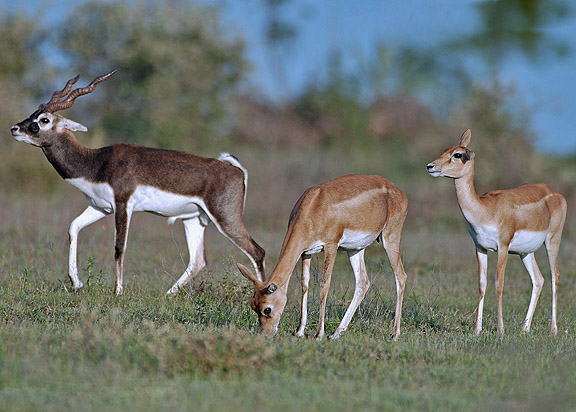 I had just starting to know more about the world when the blackbuck community made it to news. One of its members was allegedly shot by Salman Khan and his pals during the shoots of Hum Saath Saath Hain in Rajasthan. Suddenly the blackbuck was the biggest leveler!  The fact that it was endangered was enough to drag some of the biggest stars to the court with possibility of a jail term looming over their head. Over a decade on, the threat still continues.

Sanjay Dutt is done with his. 20 years since the Bombay Blasts, sentences have finally been delivered by the Indian judicial system. While the main accused are still drinking away to glory in neighboring Pakistan, India is more than happy to have put in place the ones the police could nab. Sanjay Dutt happens to be one small name in that list. Interestingly, six years back he was acquitted by the TADA court for direct involvement with the blasts and charged him only on ground of the now famous Arms Act. The Arms Act probably found its way to household discussion thanks to Dutt. And while we are certain that the dreadful blasts will never be forgotten, Dutt probably turned into the reference point for the generations that came after the blasts. Thanks to the media of course, for hyping his case to such an extent that other convicts were hardly talked about. So even as Dutt gets ready to serve jail term for illegal possession of arms, the perception of his crime would be quite different. I wonder what happens once he serves his terms and returns to normalcy of life – will Bombay Blasts ever make it to news again?

Shit happens. And many a time, that turns into the yardsticks or memory points that are associated with some people or things. Riya Sen is hardly known for any of her performances. Not that she has done much as an actress, but one MMS made her much searched over the internet. Same with Shamita Shetty; in her case a photograph! Of course they have to thank the media too for such continued support to their doings. Not that these talks did any good to their career as actresses.

Salman Khan of course is no Riya Sen.  He does not need a blackbuck to keep him in news. This Dabangg Khan is pretty Wanted for his work and charm – on screen and off it. The antelope of course is no big star. Like the moon, it seems to derive fame only from the Khan association. I definitely was not the only one to have stumbled upon their existence because Salman was accused. Millions across the country and maybe even abroad would have figured out. And the number increases every time Salman goes to court for a hearing… or even if he does not go on a given date! That’s because we would see electronic media going hyper, with their reporters going live from outside Salman’s now famous residence.

The case continues. The chase continues. And for once, I am pretty happy with the lazy judicial system for delaying a verdict on the death of the martyr blackbuck. Because I fear the media will discuss the endangered species only as long Salman Khan is convicted or acquitted. Case over, topic over!

Secretly in my mind, I wished the magnificent one-horned rhinoceros of Assam was as big a star as the blackbuck!