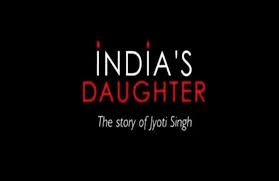 Thank God for the ban

Thank God for the Streisand effect, I watched the documentary ‘India’s Daughter’. Watched it and made it a point to download it so that I can help others to see what I saw in the documentary.

Yes, it was a horrific and disgusting sight to see our stinking society stripped naked in front of my eyes, frame by frame. Yet it was unsettling to see Mukesh Singh, the ‘educated’ lawyer and Jyoti Singh’s parents co-exist in the same society. I don’t know whose society this is. Apparently society is made of people; people like you and me, and refuse to believe that after all these years and years of cultured civilization, this is what we came up with. THIS?

I don’t care if the documentary was made to garner TRP, or to shame India on an international platform or any such alleged reasons, but I am so glad that this documentary was made. Mukesh Singh may not be a hero or a celebrity who deserves to be heard but he did tell us certain things which need immediate attention:

a)      Mukesh Singh told us that rape is not about sex. It is about anger and frustrations. It is about power play in patriarchal conditioning that gives men the apparent right to show women their place.

b)      Mukesh Singh told us that he shares his view points with many uncles and aunties that we grow up listening to. These uncles and aunties are not bad human-beings mind you and they have been equally shattered by the 16/12 incident but they don’t know that they share something very common with the rapists. They must know that. Now. Before it’s too late, because this is where the ‘rape’ mentality breeds. Not biology, not dress code, not surroundings.

c)      Mukesh Singh made us realise hard that education doesn’t mean just holding a fancy degree. You can be a lawyer or a school dropout, but If you think rape is justified in any form, you are not educated. This society is in dire need of ‘educated’ beings not degree holders. I repeat,  educated beings.

d)     Mukesh Singh pointed out the stark difference between him and Jyoti Singh’s family, despite having almost similar financial background. He showed us that all we need is change in mentality and education in its true sense to prevent rape.

“India’s Daughter” urges us to look at ourselves in a new light and build a society based on a civilization that takes pride in Sita and Draupadi. It pleads us to stop faking how women are worshipped in our country. It nibbles our brain to talk, criticize and analyse why rape happens and condemn the mindset of many Mukesh Singhs in India. We are doing much to empower women but we need to empower men too to bring in the equality that we dream of. Because the empowerment that we think men are privileged with is pointless as long as such mindset exist in the society. Rape is not a gendered issue. It is a social issue. We can’t blame the men for rape nor can we blame the women. We need to blame all of us who are contributing towards building a messed up society, brick by brick, consciously or subconsciously.

But instead of doing all that, we took the easier route. We chose to ban the documentary and shut everyone up.

P.S: I am more than glad that the documentary is banned. Now more and more people are making a beeline to youtube to watch it. As i said, thank God for Streisand effect.

Cases of crime against women in Assam get reported, not ignored! says Sanjukta Parashar