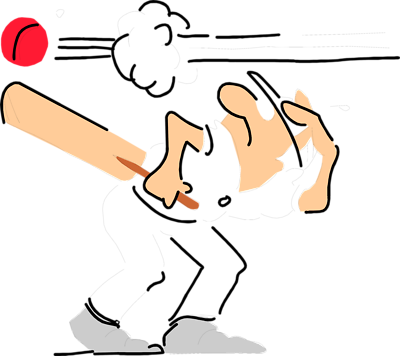 June 1, 2013 Off By Kanchan Bhattacharya

There was simply awe in the air, nary a sound
The audience sat glued to plastic seats, totally spell bound
Simply loving Tendulkar @120 balls- as usual, crawling with his bat
Only fours, singles no more! At 99, came the dreaded yell- Howzzat!

The umpire uppened his finger, acquiescing to the devil…
And the audience was aghast, drowned in sorrow to the gill
The volcano burst, out spilled glowing red hot lava
On the bar stools all yelled hard, Bring on Buddha Baba!

A toothpaste ad that grew back molars, and removed wrinkles
The piece de resistance, was a balm that grew new testicles
The match came back, Tendulkar’s strokes were replayed
Wicket gone, Dhoni’s sixes flew, and tempers frayed

Buddha Baba counseled all, look at the poet
He’s on Blender’s Pride, indeed a safe bet
And the bar-stools puffed long plumes of cigarette smoke
The audience then turned on me, the offending bloke!

Ad break again, Poonam showed a bare thigh and some locks
Mumtaz Ali, was rather sad, he would have to bring new stocks
For this match was evenly tied, none would leave the bar
Ah, then came the toothpaste and the balm, the evening’s star

No, the next over saw huge of sighs of relief from all souls
Sixes and fours, overthrows, a third umpire brought Poonam on rolls
The bar man returned- more of Buddha Baba was on the rounds
No, Dhoni stays, not out, says who? The bill board! Cheers! The bar resounds

So the match went on, the disciples of Buddha Baba beat the drum
India won, the crowd asked for more of the old saint, the premium rum!
Mandira came to the stage, discussed her fair and lovely skin
The anchor missed his cues, while others focused on her sari-pin

By this time Mumtaz rang the bell, and expectedly, pandemonium began
Buddha Baba was wobbling, the finale- the bottles could no more stand

Cheersh, shaid the crowd, a bit low and a bit aloud!

Of coursh! India had won the mash, Poonam wash proud!

Summer care for the skin
Crowdsourcing: Exploiting the power of the Many