Sunita Khaund Bhuyan, – an accomplished Violinist, a talented award winning musician, an MBA,a career woman, propagator of music and holistic development and the ideal daughter and a dedicated pupil. A multi faceted and multitalented personality who has come up with a beautiful gift for the people of Assam and also to the world through her latest release, Bihu Strings where she has experimented with Irish folk and Jazz. Bihu Strings is an attempt by Sunita Khaund Bhuyan in collaboration with Times music to promote Bihu songs from Assam in the world folk music category.  We had the opportunity to chat with her where she spoke about her latest release Bihu Strings and her life as a musician and a musician daughter. 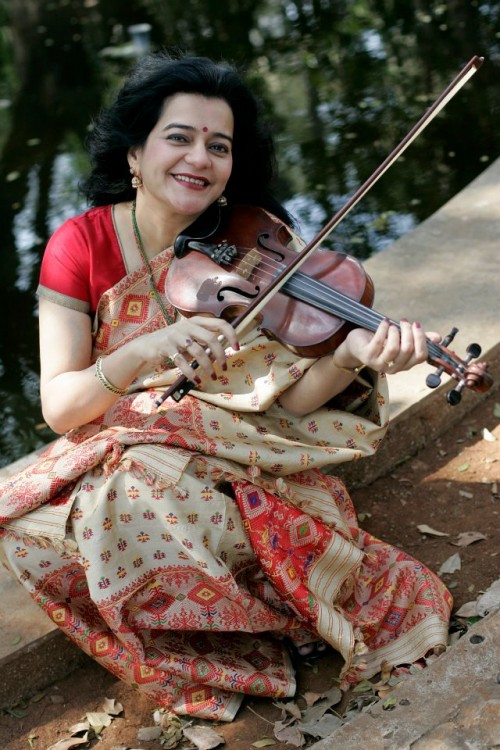 1)   First up, you just released a Bihu Strings album, which is pretty much first of its kind. How did you strike on this idea of fusing Bihu, Irish Folk and Jazz?

The objective behind this album is to promote Bihu in the world folk music category by Times music..So one of the numbers is a fusion with Irish folk and another with Jazz.The violin is played a lot in Irish folk and when I heard the melody of “luitor baalite” I immediately remembered a number I had been hearing for a long time from Ireland and hence the idea. However the Bihu melodies have not been changed as far as their lyrics, pattern, tone and rhythm. My exploration has been with the violin which is anyway performed across the world in folk, jazz, rock genres…This way I thought the album could be accepted by both Assamese as well as world music audiences

2)   How difficult was it to maintain the traditional sound of Bihu while doing this?

Like I mentioned we haven’t changed anything in the Bihu songs. Even the violin plays the melodies the same way .. Only when we start the fusion sections we explore Raagas, Jazz and other elements.. Yes however I had to play the violin in a folksy way which is very different from the traditional classical feel, but ultimately it’s the seven notes  Their quality, accuracy and emotion is all that is needed to make it appealing and reach out to the right chords

3)   How much time did this take considering you have a full time job too.

One full year .. I had to take breaks, give all my weekends to it, give up on a lot of social luxuries to get this done considering I work in Mumbai and the entire album was recorded in Assam with musicians from here…Thanks to Syntel my company for supporting me and family and friends giving me the space and Assam valley school for taking care of my son, I managed.

4)   Why is it that you did not prefer to choose singing as a full time career?

I had never learnt singing  and my mother would not let me pursue anything else but the violin.However I used to learn  all the musical compositions by singing first and then playing them. Again my brother used to be an avid singer and I grew up singing along all kinds of songs with him.When I was recording the bihu, I suddenly realized that the essence of Bihu cannot be produced by an artist without feeling and singing the emotion and passion behind the lyrics..so I took a chance

5)   Talking about your performances, you often start with Ganesh bandana. Is music more of spirituality to you?

That’s an invocation to Lord Ganesha , seeking blessing for good luck  and peace for any new and auspicious beginning .Spirituality has to be the core of a musician as music is about discipline, pure sounds and self awareness of what appeals to self and audience which is again the tenets of spirituality.

6)   Apart from the genres that you dabbled in the album, what other genres of music do you enjoy?

I have trained in classical . Mother and I play a lot of devotional music, bhajans etc raaga based tunes in them.. I have been presenting a program called Raagas to Bollywood exploring the presence of raagas elements in all kinds of Bollywood songs from romantic to item numbers , as they are all the same seven notes packaged and performed in different styles – a message to the young generation to train in classical music to master any form, rock, jazz, folk , bollywood, etc, .but yes, the training is essential.

7)   We believe you are a staunch supporter of music therapy. How do you bring it to practice and how does it help?

Music can scientifically heal the body . Sound waves from the musician reach the target and the brain sends signals to different parts of the body. This relaxes the body and a chemical reaction happens which produces the feel good hormones called endorphins. This helps in destressing  and redesign fatigue.. Also for recuperative patients,I work actively with cancer patients, street children and physically challenged . Group therapy does wonders than just individual..

In the corporate world wellness has become a very big initiative today as organisations have realized that employee well being and health is the key to business success.

8)   Finally, You learnt music from your mother Minoti Khound, an accomplished violinist herself. Which was the toughest to play – daughter, student or co-performer?

Of course the daughter.. no mother can be different with their daughters however progressive or accomplished and my mother is both. She still tries to discipline me and my ways even from long distance. As a Guru, she was a bit tough in the early days,  but as a co- performer, it is like I was born to be playing with her. Sometimes we have had to go on stage without a rehearsal but its like we had never left. The umbilical chord is that strong I feel… It’s a blessing  and most ethereal part of being a musician! 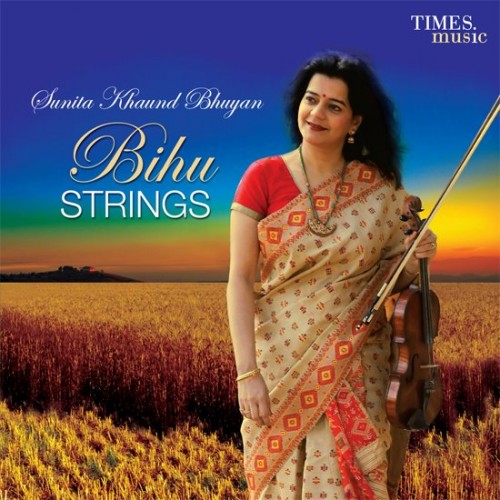