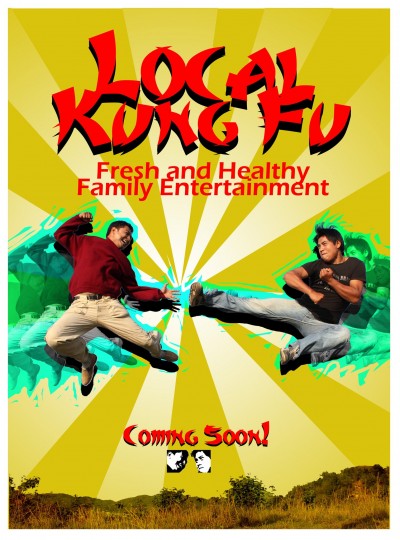 To get a feature film made, one needs to ask oneself the following questions:

Does my dad have a few extra crores that he wouldn’t mind investing with highly uncertain chances of recovery?

Do I have good looks, broad shoulders and big biceps, or a slim waist and a half-decent face?

In my case, all the answers were no. My dad’s bank balance is as middle class as it gets. I’m occasionally termed cute, but as for biceps, I’ll get them as soon as I can afford gym membership.

So how should I pursue my dream career of working in films? The answer came gradually, first in the form of Peter Jackson’s biography, which I was lucky enough to get for 900 bucks less than the printed price, and then in a slew of microbudget and no-budget films like In Search of a Midnight Kiss, Once, El Mariachi, The Untitled Kartik Krishnan Project, etc. I read about how Peter Jackson shot his first film – Bad Taste – over a year’s worth of weekends. He’d work at his job as a newspaper engraver for five days of the week, then take his pay and buy 16 mm film and shoot over the weekend with his friends and family. He himself played three roles.

Bad Taste is a very entertaining, fast-paced, gross-out horror comedy. Peter Jackson made excellent use of all his resources; The film and the story of its creation were a big inspiration.

Over my first couple of years in Mumbai, I realized that there were many, many people with short films. And many, many, many, many people with scripts. Including an autowala, a friend told me about.  So how was I going to make myself stand out? Watching The Untitled Kartik Krishnan Project was an eye-opener. Shot on a budget of Rs 40,000, it was a complete feature film – technically and artistically sound. I’m really not a big fan of surrealist or existentialist or whatever stuff all that is, but the very fact that someone had completed such a good-looking film on such a low budget was a big inspiration.

So what kind of film could I make? Or more specifically, what was the best possible combination of resources I had? I’ve played guitar with friends’ bands on stage before and composed some songs, so I have enough knowledge to make a musical romantic comedy. With that in mind, I wrote the script that ultimately became the novel Chocolate_Guitar_Momos. Here’s a music video/promo for the book:

The novel got accepted for publication around the time I’d started planning a feature, so I moved on to the next possible concept: a martial arts comedy. Here too, I had the best possible resources – an uncle who’s been teaching martial arts for 20 years now and consequently, a large body of alumni, some of whom were very good friends. Kung Fu comedy it is then!

Now how were we to go about it? I made some calculations. We had already made about 4-5 short martial arts comedies that had become reasonably popular on Youtube. From those experiences, I’d estimated that it takes roughly a day to shoot a minute of good quality action. A martial arts film’s climactic fight would be roughly 5-8 minutes, and there would be at least 3-4 other smaller fights of 1 or 2 minutes each. So we were looking at approximately 15-20 minutes of action, or in other words, 15-20 days of shooting only action – that too, assuming we shot the whole day.

So should we rent a professional camera or buy a handycam? Renting a camera would cost, at the very least, 900-1,000 bucks a day. Hence about 20,000 bucks of rental costs for only the fights, plus another 10-15,000 if we shot the non-action scenes really, really efficiently and quickly. Very, very dicey. And what about hiring a cameraman? Instead of spending 30-40,000 on renting a camera, why not just buy one?

Call it fate, destiny, karma, whatever, but some things just fell into place at the right time. In my case, the DSLR revolution was one of those. Film-level quality at affordable prices.

After a lot of web research and inputs from knowledgeable friends, I ended up buying the Canon 550D. (As of now, the camera costs 40,000.) It shoots HD 1080p and 720p at 50fps. We needed a high frame rate for smooth slow-motion for the action scenes.

Now we needed a good cinematographer. How do we go about finding one? Jyoti Chitrabon in Guwahati has produced quite a few award winning people, so I wondered whether we should look for a recently graduated or about-to-graduate student of cinematography from there. But the big problem was that we didn’t have any fixed schedules. When one actor had an off day and another didn’t have school and a third’s drum class was cancelled, we’d go and shoot a scene that involved the three of them. There was no way we could map out a definite shooting schedule. And then there was also the question of comfort levels. Would we find somebody with the same level of enthusiasm as us? Would he or she be co-operative or stubborn?

I looked around Facebook profiles and albums and came across a couple of possibilities, but in the end, we couldn’t really work anything out, so I decided to handle the camera myself, and in the scenes where I’d be in the frame, set up the shot and let someone else operate.

I knew just a little more than zilch when we started shooting, but we learnt as we went along, learning about shutter speeds, the 180 degree shutter rule, ND filters, depth of field, etc and made course corrections. Needless to say, the internet was the most important teacher in all of this.

Now that the film’s complete, I look back and see many mistakes I made. The basics are in place, but there are some fluctuations in color and lighting in some places, and really bad framing in a couple of others. In fact, I’ve had to drop a fairly funny scene because I used a long lens where I should have used a wide, and the shots look really weird.

But like they say – actually I’ve forgotten who said it – you know how to shoot a film only after you’ve finished shooting it. In my case, since we were shooting with no crew and free resources, we had the liberty to go back and re-shoot several bits and pieces.

I could go on and on about the behind the scenes stuff, but that I’ll continue after the film’s release.  But you can still see stills and the trailer at http://www.facebook.com/localkungfu