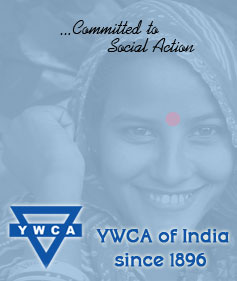 A sting operation of different kind at YWCA!

Am I the only one or are there some like me who feels that there should be sting operations to uncover good work too? I mean why are ‘exposes’ only about corruption and evils? Many a time laudable jobs go unreported, unsung and finally forgotten without even a pat in the back, for probably lack of advertisement or modesty or even a publicity ban.

Everyone knows about YWCA I guess. Yes, I even hear some out there nodding their heads mouthing the words Young Women’s Christian association. Well, but I had their activities and the good work in my mind when I said that.

YWCA or World Young Women’s Christian Association, is a movement of women working for social and economic change around the world. It advocates for young women’s leadership, peace, justice, human rights and sustainable development, both on a grassroots and global scale.

But for many persons out there, the first things that come into the mind the moment it is mentioned are Hostels or working women’s hostels. Many still have believe that YWCA only caters to the Christian population which is not so. It is open to everyone irrespective of caste creed or religion. So that’s how it is! We remain unaware till someone makes us aware… more so about the positive things because humans do have a criticizing instinct.

One look at their website http://www.worldywca.org/ and you get a fairly good idea about their services, working, history and organizational structure, but nothing beats a firsthand experience.

A cousin of mine visits a shelter for destitute pregnant females run by the YWCA every week as a part of her job. I tagged along with her one day just out of plain curiosity. Curiosity about the inmates whose stories she used to come and share with us. Sad stories, tragic ones in fact –of being abandoned, left for dead, abused, and so on. We, who are so used to being protected and loved, do find such stories of inhuman cruelty interesting in a perverse way, isn’t it? So yes I visited one such facility scrutinizing it with an analytical eye from the word go! 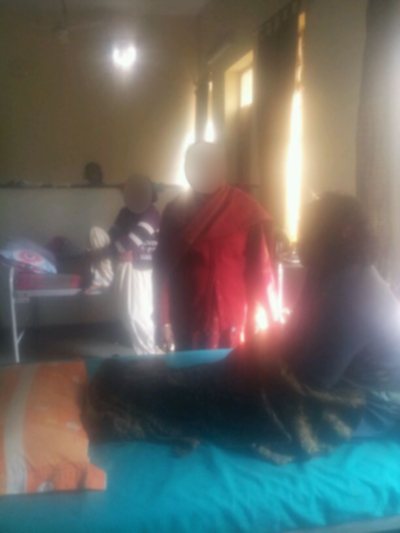 The first thing that I noticed was that the premises were locked and a gate keeper stood guard diligently. Every stringent measure possible was taken for the safety of the inmates. Visitors had to enter their particulars in a visitor book-about their purpose and their identity. Unauthorized entry was nearly impossible.

Why am I elaborating so much on the entry route you must be wondering? Well because I was impressed that they had taken the commitment to women’s wellbeing so strongly so as to start from the safety point of view.

There were workers like cooks, cleaners, a supervisor, nurses and since it was a shelter for pregnant ladies and neonates, the place was shaped like an MI room. Well it was an MI room actually and the hall had those neat hospital beds, not so crowded, well spaced out with half length partitions in between them for privacy. It was a home for the women for the next few months and the people in charge made it sure that it was fit to be called a home. The food was served warm and in time, the place was clean, medicines and medical checkup and their basic needs attended to.

There were a few women residents and it was apparent from their smiles and bright faces that they were ready to face the challenges of life once again with all the support. Many of them had been brought in by the police or NGOs and even alert citizens, who found them usually alone abandoned – defeated and in despair. A few of them were wrecks, after months of physical and mental abuse, on the verge of losing their minds. Some were suffering from major depression and had to go for therapy but the good thing was that they usually were successful in springing back again to normalcy, maybe slowly but surely.

The stay was a temporary one till they were reunited with their families if they were willing or till they found a vocation to support themselves. The centre itself doing all it can for their rehabilitation. Whatever the duration was, none could deny that the fact that they tried to make it a home – safe secure and caring.

The residents had their own stories and I listened to them with rapt attention as I sat sipping a cup of piping hot tea from the caretakers or givers, but one stood apart. 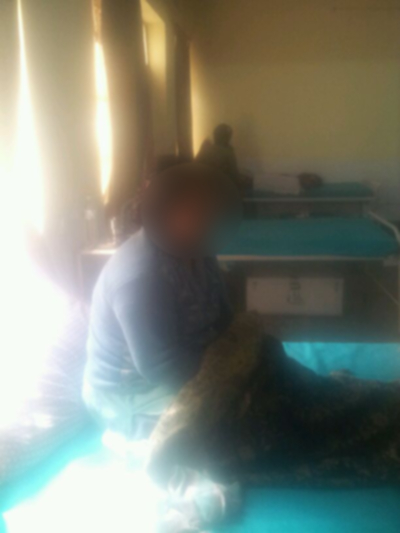 It was Munni’s (name changed) story. When she was brought in, she hardly responded or reacted to anyone. Her signs mimicked that of a mentally retarded person as she appeared to be unable even to take care of herself. She used to speak less, refused to mingle with anyone and seemed completely unaware of her surroundings with complete apathy to even her newborn which is normally not seen even in the most difficult of cases of depression. So the baby was sent to another wing, a foster home for care as it was apparent that she wouldn’t be able to care for her. She was even sent for psychiatric counseling for her mental state. Nobody knew if it was a permanent state or temporary. No family or spouse came forward to claim her. It wasn’t even known for how long she had been so. Fellow inmates used to be wary of her and did not allow her to come near their babies.

But miraculously she improved. She started interacting with the others. She could tell when she was hungry or was not well. She started taking care of self. That was the beginning. Slowly and steadily there was a marked improvement in her as she started taking interest in the residents, eager to help them with their chores and please them. Now she has become one of the trustworthy friends of the rest, helping them with their babies, listening to their stories and lending her silent support. Most remarkable thing is that now she asks for her baby and wants her back. Though she is still in therapy she is making quite progress and who knows someday she might be declared completely fit to have her baby back and start all over again.

I tried to speak to her. She was still shy and simply nodded her head with a small smile when I asked her how she was but there was no fear in her eyes, no dark shadows. Maybe the scars will remain for a long time, but surely they had begun to heal. Probably there were many such Munnis out in the world whose lives were pulled out from an abyss of despair by the YWCA. But without a sting operation, they will go unrewarded, unreported and unapplauded.