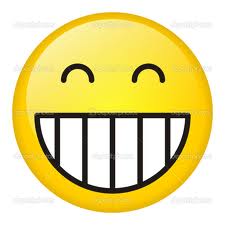 Actually I cannot stand any oily cooking, be it the exalted North Indian Chholay Bhature or the Divine Dosa from the Glorious South.

We were then serving at Dhana, a military station converted to a biggish prisoner of war camp, with 16,000 Pakistanis lodged as guests of war. The time- May, 1972.

Rumor goes in Army circles, a certain young officer 2/Lt KB, that is me, ate 32 dosas to punish Mrs N D, wife of then Major who later retired as Brigadier, D, who invited me to “brunch” on dosa. Nothing can be so far from the truth.

Against my wishes, the poor motherly lady kept stacking dosas on my plate. I ate to oblige her. Somewhat later she solemnly said that the batter was over, and that there was no dosa for Major D, would he like to eat the excess potato filling with chapati’s?

I actually ate 13, but this said, the Major raided my home for eating fish, more than 32 times, when I got married finally! And he claimed that I had eaten 32 dosas…

No one dared serve me any more of those exotic dishes… until I ate Thai in Colombo… a story to this, what say? Later!

I was going back to my Regiment in September 1972, after my tenure at the POW Camp was over.

I was hungry and wanted a dosa when the meter gauge train was parked at Haldwani Railway station on my way to Kathgodam on my journey to my actual military station. There was a queue, and no one was sure how long the train was going to halt. And, the dosa stall was at the far end of the train, behind even the guard-and-luggage coach. On the plus side, the train was coming from Lucknow, and was destined to reach Kathgodam, the rail head.

The crowd suddenly thinned out. I was relieved to get the dosa rather quickly. As I took my dosa in my hand, I realized that the guard’s coach was a bit further than where I had apparently left it twenty minutes back… Alas, I saw the guard waving his white uniform in the air… No, it was the green flag, and he was shaking slightly in the doorway of the last coach of the train of destiny. Realization dawned rather slowly, that the train had moved off sans 2/Lt KB, and that I would have to run behind the train to Kathgodam till it rolled into the platform at Kathgodam. I accelerated faster than the train, and was finally the gleeful but panting guest of the guard, till the next stop, where else? Kathgodam. He had shared the dosa and offered me a cup of tea from his flask, and said that nothing would be missing in my compartment in the first class coach. Thank God, he was right. At Kathgodam I opened my military “trunk”, and quickly wrapped out a bottle of rum as a token of my appreciation to the man in white, but he was nowhere to be seen.

I walked into the first class waiting room at Kathgodam. The sight of the 2/Lt- Second Lieutenant,  walking in with a fresh bottle of rum in his hand, along with a retinue of coolies carrying five crates of rum, two steel trunks and a fat holdall,  must have stunned some…

The place was stark, full of cane chairs and a long wooden arm chair, besides the center table- and it looked like an officers’ mess! The waiting passengers without exception were Army officers. Those days we used to travel with the mandatory hold-all, a rolled up bedding carrier, that at times even hid the hooch and personal weapon too! I was more proper- I had a stock of rum, collected over the months from my stint in the POW Camp’s Canteen- just 60 bottles and brazenly ported that!

The reason for the waiting room being converted to an officers’ mess was that the common highway to both Almora and Nainital was blocked by a landslide, and there would be no exit from Kathgodam for the next three days at least. I suddenly became a VIP, and opened my first unlicensed bar in that waiting room. Of course rank pulled on me was the only currency that I got paid in. Ahem, the next three days saw unaccounted for diminishing of hooch from my stocks. After all, it is rare that a windfall occurs in a wayside railway waiting room, when a dumb 2/Lt walks into the place with a visible bottle of Hercules XXX Rum, worth Rs. 3.50, then just half a dollar in the market! Not that I minded it at all- I had the best of considerate Army Captains offering me free meals and argh! That dosa thing was the only thing available for cheap. Even the military representative at the railway station- the RTO (now called the MCO, Movement Control Officer or something) had taken to patronizing my bar… the word went around, and my clientele increased over the next two days and nights- all stranded Army officers…

I had gained the admiration of my seniors in the Army, who like me too were a little shaky in their boots. Besides, the two nights and three days of the dosa hogging binge did save me, let’s say Rs. 25, by way of the caterer’s bill- I had been fed gratis by my customers, I had cut my losses as a bar-keeper, my first venture as the custodian of hooch for my own cellar! Of course, the truck load of all the five officers who had joined KB’s bar on the first night, on the highway to Ranikhet was rather reminiscent of the brown corky fluid inside us. In other words, we reeked of rum!

The RTO had reluctantly come into the line of his duty and pushed us into the convoy’s luggage truck- the bus for officers had left minutes before we got ready and decided to board. Let it be on record that the parting scene at Kathgodam was indeed proof that India cared for it soldiers. Most of the railway staff had joined in the bonhomie at the improvised officers’ mess, and were reluctant to let the war heroes leave… Hooch is indeed an endearing friend finder! It was they who tottered with the luggage, including the 44 bottles of rum, and even managed to load a piece of railway property- a cane chair, for the “Captain” who was offering them XXX free- me!

I promised not to eat dosa ever after.

Alas, five years later, my newly-wed wife started experimenting with food prepared from a fermented batter- a finely ground mix of some weak yellow grain with, ah, rice grain, in a newfangled machine called a Sumeet Mixie, borrowed from my neighbors… we were both captains then! Of course my bachelor friends encouraged the newly-wed woman to produce more and more of the damn stuff and feed their seemingly bottomless oral cavity, and drink off what else? No, it was not plain water, but water diluted by the brown corky liquid, Hercules Rum, XXX! And they sang songs in unison with wafting smells mixed with the newly-wed woman’s voice, accompanied by the yawning desperado, me, playing the guitar!

I am still stuck with the fear of dosa abuse- being abused by the dosa. She makes yummy ones.

What of the Thai food?

That is another thing- I had diplomatic cover, in a very peaceful city called Colombo, lodged in a battled ravaged country. I offered her Chane Bhature, and some exotic food from across the seas. She ate Thai later. But the first time?

The story would come by and by… except that her name was MG, and she used to sing. Her surname I have masked for my safety and hers too! Needless to say that we ate dosa, while celebrating my playing the guitar with the band, while she was singing- after all that’s all she wanted to eat, and to that she added dollops of sambar, coconut chutney, in deference to my being Indian, and that all she knew of Indian cuisine was … you guessed it!