It is not everyday people like Bhupen Hazarika is born –  85 years of meaningful existence has and continue to add significance in uploading the rich culture, tradition, flourishing in Assam for ages.The bard of Brahmaputra fell silent for eternity on November 05, 2011 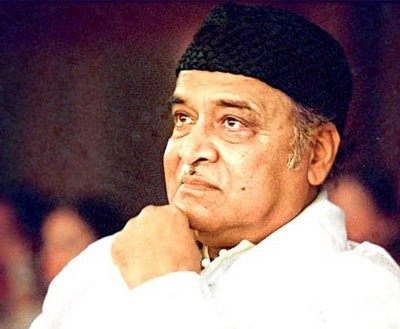 He was considered as the last of the great mass singer and the only great ballad singer in India. He was a maestro, a living legend and a national and international cultural icon, who represents and reflects with perfection, the socio-cultural political image of India. Dr Hazarika’s vision encompasses the entire world, reflecting the mood and passion of the oppressed and downtrodden in his ballads and folk tunes he picked up from different soils he came across.
Following the suggestion of Jayanta Barman, Vice – President, FASS, Guwahati (Friends of Assam and Seven Sisters),
Rini Kakati, NRI Co-ordinator for UK initiated the matter with the Indian High Commission. With the approval of ICCR (Indian Council for Cultural Relations) on Tuesday, 26 June 2012, Dr. Jaimini Bhagwati, High Commissioner of India will unveil the live picture of Dr. Bhupen Hazarika at the prestigious Nehru Centre (the Cultural Wing of Indian High Commission). Dr. M. Sayeedur Rahman Khan, High Commissioner of Bangladesh will attend as a guest of honour along with dignitaries, Peers and Indian Communities.
—————————————————————————————————————————————————————————————————————–
Assam is a part of India which in somewhere is little know even in India itself because of its remote location. More importantly the relative neglect absence of Sankaradeva in the history of the Neo-Vaishnavite movement in India, has long been a gap in knowledge waiting recognition. 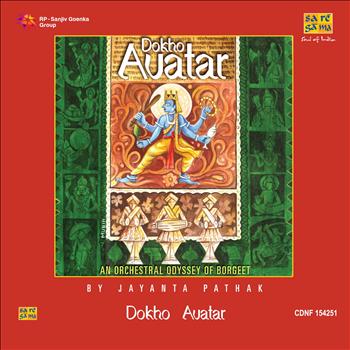 The much traveled, social reformer and fountain head of the great Neo – Vaishnavite movement and Sattriya institute of Assam in 15th century. Where there was division he brought union, where there was war he brought peace and brought together by Sankaradeva – the father of Assamese nation
The history of the Assamese people, the history of its national awareness is the life of Sankaradeva – he is the pulse of the people.
It is highly imperative that this great saint receives world attention. And also imperative that the life and philosophy and artistic creations of this great saint be brought to the notice of the wider audience.
On Friday, 29 June, 2012 – a seminar and illustrated talk on Vaishnavite faith and Sattriya culture of Srimanta Sankaradeva, attach with power point presentation of Vrindavani Vastra will be held at The Nehru Centre (the cultural wing of Indian High Commission) . Initiative has been taken by Rini Kakati, NRI Co-ordinator for UK.
Speakers:
Richard Blurton, Head of the South Asian Section in the Department of Asia, British Museum
Dr Nicolas Sutton, Director of the Oxford Centre for Hindu Studies, University of Oxford
Dr Audrey Cantlie, author of of the book “The Assamese” and Reader Emeritus in Anthropology at SOAS (School of Oriental and African Studies)Dokho Avatar – An orchestral odyssey of Borgeet composed by Jayanta Pathak will be launch for global audience at this event. This is the first global instrumental album of 500 year old traditional melodies of Assam to the world in his ambitious project “Dokho Avatar”. He is currently based in Atlanta, USA, busy at his studio – Chromatic. Jayanta is popularly known as “King of Remixes” in the musical circle.
Sharodi Saikia – Renowned Sattriya dancer from Assam has been invited to perform “Dokho Avatar” at this prestigious event. At present She, is the Director of Srimanta Sankaradeva Kalakshetra, Guwahati (The Premier Cultural Institution of Assam)

The moment it clicked
Lost Love