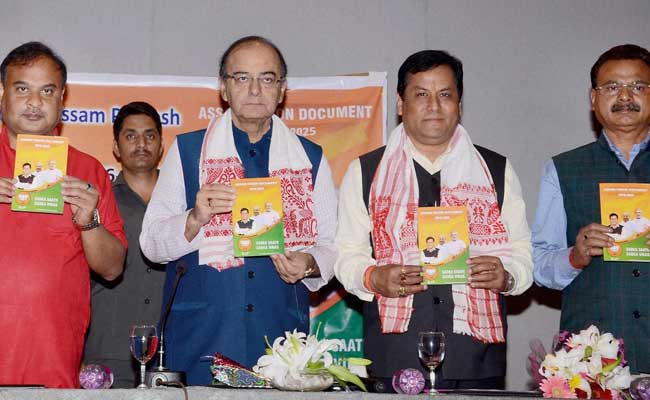 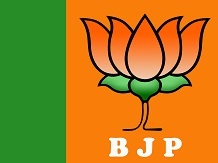 While addressing the press, Jaitley said, “Assam Assembly elections are a historical opportunity to uproot the failed Congress government.”

Commenting on the party manifesto, the BJP leader asserted, “It is a vision document of what should be the roadmap for Assam from 2016 to 2025.”

“Congress tried to destroy and change the demography of the state by encouraging infiltration. Congress has been doing it for many decades and took no action,” Union Minister Arun Jaitley said.

The BJP Assam Vision Document 2016-2025 promised to work closely with the Centre for “complete sealing of the Indo-Bangladesh border in the state” if it was voted to power.

It also assured the people that a law would be enacted to “deal sternly” with industries, businesses, Small and Medium Enterprises or any other agencies employing infiltrators.

“There is a desire for a change which is sweeping the state. People of Assam are tired of slogans and they want development. The youth here are craving for growth. The core strength of our alliance is the youth here and the youth is leading that campaign for a change,” Jaitley told the media here.

The BJP Assam Vision Document 2016-2025 promised to work closely with the Centre for “complete sealing of the Indo-Bangladesh border in the state” if it was voted to power.

It also assured the people that a law would be enacted to “deal sternly” with industries, businesses, Small and Medium Enterprises or any other agencies employing infiltrators.

Expressing confidence over the newly formed Asom Gana Parishad- BJP alliance, he added that the width and the geographical spread of the coalition would play a crucial role in achieving victory in the state polls.

“We are fighting the polls under the leadership of Sonowal ji and there is certain freshness to his leadership. We have a galaxy of leadership compared to the Congress and all these factors will contribute in giving us a landslide victory,” Jaitley said.

“So stop misleading the people. A failed government is trying to find excuses for its failures,” Jaitley said.

Blaming the Congress for the infiltration from Bangladesh, Shah said the people of Assam would have to unite and vote for the three-party alliance led by the BJP if they wished to make the state free of illegal migrants.

“You have voted for Congress for last 55 years. I appeal you to vote for the BJP and its alliance only once and I assure you that Sarbananda Sonowal and Prime Minister Narendra Modi will make Assam the number one state in the country,” he said.

Shah said the BJP has made this happen in states like Gujarat, Rajasthan, Madhya Pradesh, Chhattishgarh.

BJP also claimed that the vision document was prepared over the last 6 months, with discussions from various experts, house-to-house surveys, email interviews with people from Assam staying in various parts of India and skype discussions with NRIs from Assam.

One of the very brave promises that BJP made is to curb corruption in Govt. organisations.

What the BJP promises: