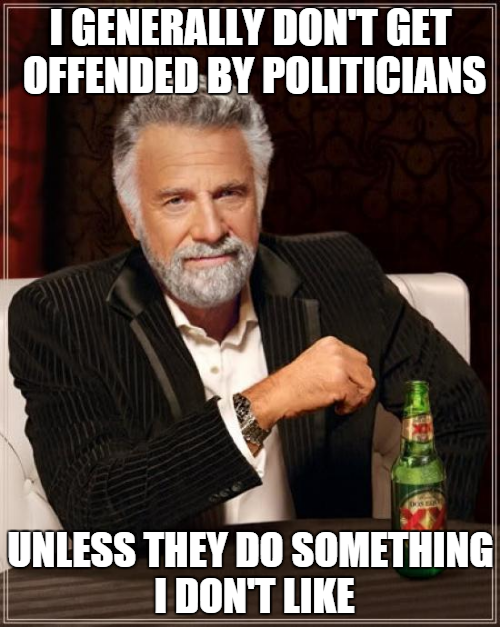 Politicians are the reflections of our society

We Indians, in general, do not respect our politicians. Especially on occasions like the Republic Day and Independence Day most of us lament that the present day political masters are no better (if not worse) than the colonial British masters.   Few years ago an interesting write-up appeared in a national newspaper about an American tourist’s perspective of India. The author had found one particular observation by the American intriguing. So did I. He said, “Americans dislike their politicians. Indians hate them.”

Indeed, politician bashing has been our favourite pastime in India. We hate our netas so much that we often use the word politician as an abuse. Films depicting violence against politicians are an instant hit with the masses. In general, the netas are seen as some kind of a necessary evil. So they enjoy power but very little respect and almost no love.

How justified is our hatred for the politicians?

Apart from the murderers, rapists and petty criminals that occupy our political space there are also a considerably large section of civilised, educated and decent men and women in Indian politics. Yet these decent men and women are found, more often than not, taking dubious stands on various issues.

In any society or nation majority is not always right. Otherwise the large number of German people who thought Hitler was the right answer to fight corruption and bring equality in erstwhile Germany would have been proven right by history. Or the majority of the people who supported Sati or the ones who ostracised Anandaram Barooah for getting higher education in the West would also have been right. Popular opinion is often the enemy of the right opinion. Yet to be in power one has to follow it. So we see our highly educated and enlightened politicians supporting dubious causes like authority of the Khap Panchayats in North India. We also see politicians extending unconditional support to self styled religious leaders trying to monopolise various religions, Jihadis and other terrorists as well as other threats to the society. Because they think they can impress a considerably large section of their voters in this way.

Most of the politicians have a completely disdainful indifference to matters related to nature and environment. They simply don’t care because they know it is not going to help them win the hearts of the voters. If majority of the voters want an eco sensitive zone destroyed to make space for an industry that promises them more jobs and more money, what will the local politician do? Will he talk about the importance of conservation?

A politician or a popular activist with political ambitions reflects the psyche of a large section of the masses. Thus a political leader (or a pseudo religious political leader) calling for the rape of women of a particular community, or the activist who thinks spitting or defecating in front of government offices is an ideal way of protest are not aberrations but a reflection of a section of the society. A politician who supports a terrorist just because he belongs to a particular community does so only to strike a chord with his voters. We complain about corruption all the time. But are we really disturbed by the corrupt practices taking place around us or are we frustrated at not being a part of the corruption? ‘Rich people are breaking the law so the poor should also get a chance to do so’ is the concept of equality for many people. This also reflects in the populist stands taken by politicians on various issues.

We blame our politicians for turning politics into a lucrative business. But is not it a form of business, directly or indirectly, for us as well. Don’t we go to our MPs, MLAs and ministers seeking financial support for every trivial festival and event? A politician is good if he distributes money. We do not question where he got it from. The numbers of politicians who do not have to distribute money during elections have to give promises. Similarly if a highly corrupt politician builds roads and other facilities in his constituency he can be assured of blind support by his voters any time.

Voters keep their interests in mind while voting. They may be motivated by the question of security conjured up by racial, financial or other forms of paranoia or by the lure of financial or other gains. Therefore politicians do not usually support certain not-so-popular causes as these are the things a lot of people simply do not care about or do not understand. This is the reason activists who oppose big dams constructed by ‘capitalists’ but support encroachment on eco-sensitive zones by ‘poor working class people’ get hysterical support from the masses.

It is an unpleasant fact that very few people keep broader social interests above personal interests while supporting a political cause. It is human nature and only true education (not just higher degrees), foresight and wisdom can help a person see beyond that.

No doubt the politicians who hoodwink the people into believing in them are to be blamed. But it does not absolve the masses from the guilt of being gullible or selfish and narrow minded. We influence our politicians more than they influence us. They are like entertainers who give exactly the kind of entertainment people love. We get what we deserve and politics is no exception.