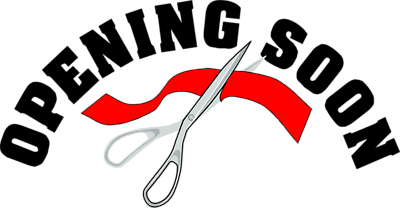 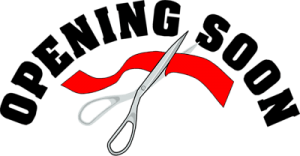 Mr. Nalini Baruah of Tezpur, a photographer of international repute, actually had no intentions of taking up photography as a profession; he just had this ‘hobby’ of seeing the world through the lens of his camera. Chetan Bhagat, the author of five best-selling novels, is a B. Tech from IIT, Kanpur and an MBA from IIM, Ahmedabad. He had started his professional career as a banker but in course of time he went on to become the person he is today, only because he knew ‘what he was best at’.

In the daily course of life we come across many people who we find are not contented with their lives; they are fed up of the monotony. Although a few among them manage to bring about some excitement in their lives but majority of them complain saying that ‘this is not the kind of life I had wished for’. The irony here is that they themselves don’t know what kind of life they want to live or perhaps, they wanted to live. In the cut-throat competitive era of today it is a universally accepted belief that without a formal degree from a reputed institution one cannot even think of making their presence known to the world and we actually grow up with such beliefs. And people who dare to think a little out of the box end up being called ‘career-apathetic’. However, one cannot deny the fact that the more successful people are the ones who had the guts to take the ‘less travelled path’, the ones who understood their passions and also had the intellect of shaping their passions into professions.

Sarah, a self-made entrepreneur from the US says, “My little venture started when I was struggling with money at work. I’m a hairdresser by day and the wage wasn’t cutting it. That’s when I started cake baking and it’s become a massive success! I’m completely self-taught and make anything my clients want, all my material is easily available and it’s surprisingly cost affective, savings I can pass on to my clients, I now have a Facebook page. And I get to spend precious time with my son and get to keep my head above water.” There are indeed many Sarahs in the world who by dint of their hard labor have earned themselves stature and most importantly, a life which they preferred.

An adolescent who spends most of his time playing video games may be a big concern for his parents but they are little aware of the fact that their child may grow up to become a professional gamer, earning in lakhs. Had Sachin Tendulkar decided to take up a career in acting or had Sharukh Khan opted for cricket, it is most likely that they would have ended up in a no man’s land and the world would have been oblivious even of their existences. Many people fail to draw a proper distinction between a hobby and an aim; they are reluctant to believe that a person can actually convert his hobby into a profession. In their opinion, a person should aim only towards getting an academic degree in a mainstream subject at the foremost followed by a proper sufficing job; hobbies or passions could be allotted special places somewhere outside the professional ground of life. These kinds of notions are no better than ‘superstitions’ considering the multiplicity of professions that has come up in the recent years. Today, it is more than easy for a person to pursue a career in a field which he/she ‘enjoys’ dribbling in. Moreover, the talent hunt shows like Indian Idol, Master Chef, Dance India Dance among others have shown the world how one’s passion can earn him fame and wealth. Jitumoni Kalita, winner of Zee TV’s Dance India Dance Junior, comes from a very poor family in Sualkuchi, about twenty kilometers from Guwahati. Dancing has been his passion since he was about five years of age and it was this passion that instilled in him the strength to surmount the odds and become an internationally recognized dancing star.

The Oxford English Dictionary defines hobby as ‘a leisure activity that a person does regularly for pleasure’ but the term has much more significance than being a mere ‘leisure activity’. A girl whose hobby is to make different types of delicacies may appear to be an ideal housewife to many but few people will realize the fact that she can very well shape her hobby into a healthy profession. Sanjeev Kapoor, the well-known chef, is a live example of how a career can be made out of a hobby like cooking.

Nilesh Mansata, the brain behind the famous ‘Lijjat Papad’, knew but one thing i.e. cooking. She along with six other women started a venture to “create a sustainable livelihood using the only skill they had” and today, the company’s annual turnover is around 650 crore and it provides employment to more than four lakh women all over the country. In 2003, Lijjat received the “Best Village Industry Institution”. It also received the PHDCCI Brand Equity Award 2005. Lijjat marked its 50th year of existence on March 15, 2009.

Shivani Tibrewal, the owner of Disha Travels in Tezpur, Disha tea estate in Mangaldai and Disha Montessori School loves to travel. “I used to travel a lot when I was a kid” she says, “and today, I have my own travel agency and I help people make journeys.” She further added that one must never restrict oneself to anything; passions must be chased and life must not just be lived but be led.

Amir Khan, in the blockbuster movie ‘Three Idiots’ said, “Woh kam kar jisme tera talent hain” (literal meaning-do what you are best at). The dialogue may seem a little superficial but it does make strong sense in the modern day world. This is 21st century, era of globalization and cut-throat competition. We have little time for ourselves, little time to think about our passions and interests; we have literally become the most complex ‘machines’ on earth that functions according to its needs. But in spite of our hectic schedules it would be better if we yield a minimum time for ourselves and have introspections about what we want from life or more precisely, what kind of life we want to live!