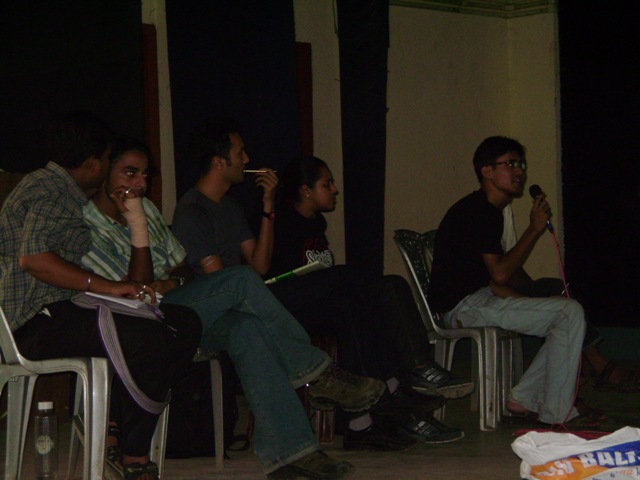 “The great thing about Quizzing is that it acts as a leveler. You feel that you know more than the others when you can answer a question whereas others have failed to do so. At the same time you realize you have so much more to know when you cannot answer another one” – Neil O’ Brian, Father of Indian Quizzing 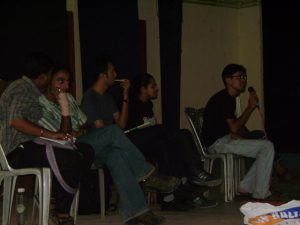 The atmosphere is tense. The audience sparse, but attentive. The twelve individuals, sitting in groups of two on the stage are glued to the projector listening to the individual standing in the middle. Their voices barely audible. Then a buzzer rings, a red light glows and one group answers…

The situation described above is somewhat alien to most people. But for some this is a situation they encounter and revel on a regular basis. How many of us like to solve questions without being forced to? Probably that number will range from miniscule to none.  But there is a breed of people who like to encounter questions as a hobby. These people are the ones who ‘Quiz’. But what quizzing is really like?

Quizzing is a potpourri of many experiences that you encounter within a short period of time. The anticipation of the next question, the fear that other team might come up with the answer where you might fail, the satisfaction of giving a correct answer and many other such experiences etc. Overall it makes for an emotional roller coaster ride. But in essence the emotions are only the transitory experiences that quiz provides. There is something more to it. 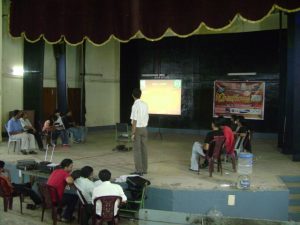 What lies below all this is the knowledge. Others can only be said to be the offshoots whereas the trunk is made of knowledge and information. Quizzing lands you in a quest for more knowledge and information. The more you quiz the more you move forward in this direction. This becomes a never ending journey in this realm. But this journey is taxing. Apart from your regular job you have to keep exerting yourself to do justice to the spirit of quizzing. Of course you may be rewarded in due course of time with prizes and awards in quizzes but even that is not guaranteed. But what is sure that you know more than the guy sitting next to you.

And this knowledge is not simply GK as people tend to think the quizzers are only versed in. The knowledge is anything below the sky (even beyond it) and above the earth (even below it). The subjects that the quizzes touch are cuisine, entertainment, literature, history, geography and what not. And the trivia questions asked in the quizzes ensure that nothing related to the topic may be considered insignificant. 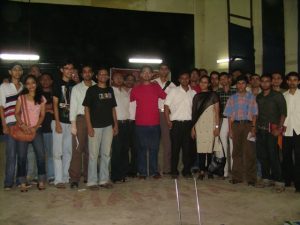 Quizzing is like any other sports. There is rivalry, competition, battles, the thirst to do better than the others. This adds spice to the whole affair. Some of it also crosses over in the personal lives. There have been many instances of this cloak and dagger tactic seen amidst the veteran quizzers in order to establish themselves in the game of one-upmanship. Sometimes it even becomes a dirty affair of mud-slinging against one another. Luckily that is not all. Quizzing provides an opportunity to interact with like minded people who try to see the world like you do. When you share something with them you are not considered as some nerd or arrogant ‘Mr. Know-it-all’ like others would treat you. 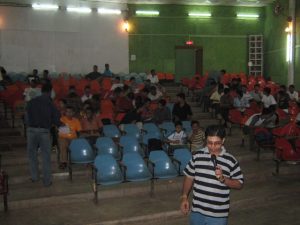 But nowadays quizzers are being driven by money. Of course the prize money has become an incentive for people to keep on quizzing as it forms some sort of remuneration for their efforts. But there is also a flip side to it as it develops a ‘mercenary’ attitude among the quizzers. Now quizzes which do not provide prize-money do not attract much participation. Of course one can understand that people do not like to spend much time and effort where there is no remuneration. Against this disturbing trend there is a redeeming phenomenon of Hub/pub quizzes. The quizzers come together on a particular day which is normally a holiday in an eatery or a pub and then an informal quizzing session starts. The people gathered pool their money, eat or drink something and have a good round of quiz outing.

But there is a catch. Quizzing requires a lot of time and effort. So the students studying may fall under the trap that it would pull them away from their regular studies. For the working it means that they have to sacrifice what little spare time. But what is required to overcome this problem is the passion for this game and the right attitude to handle it. If you have the zeal for it and have your head at the right place to deal with the ups and down that comes along with quizzing then it would give you much more then you have asked for. All it requires is patience.

A student in the deptt. of Mass Communication and Journalism... and a fanatic quizzer...