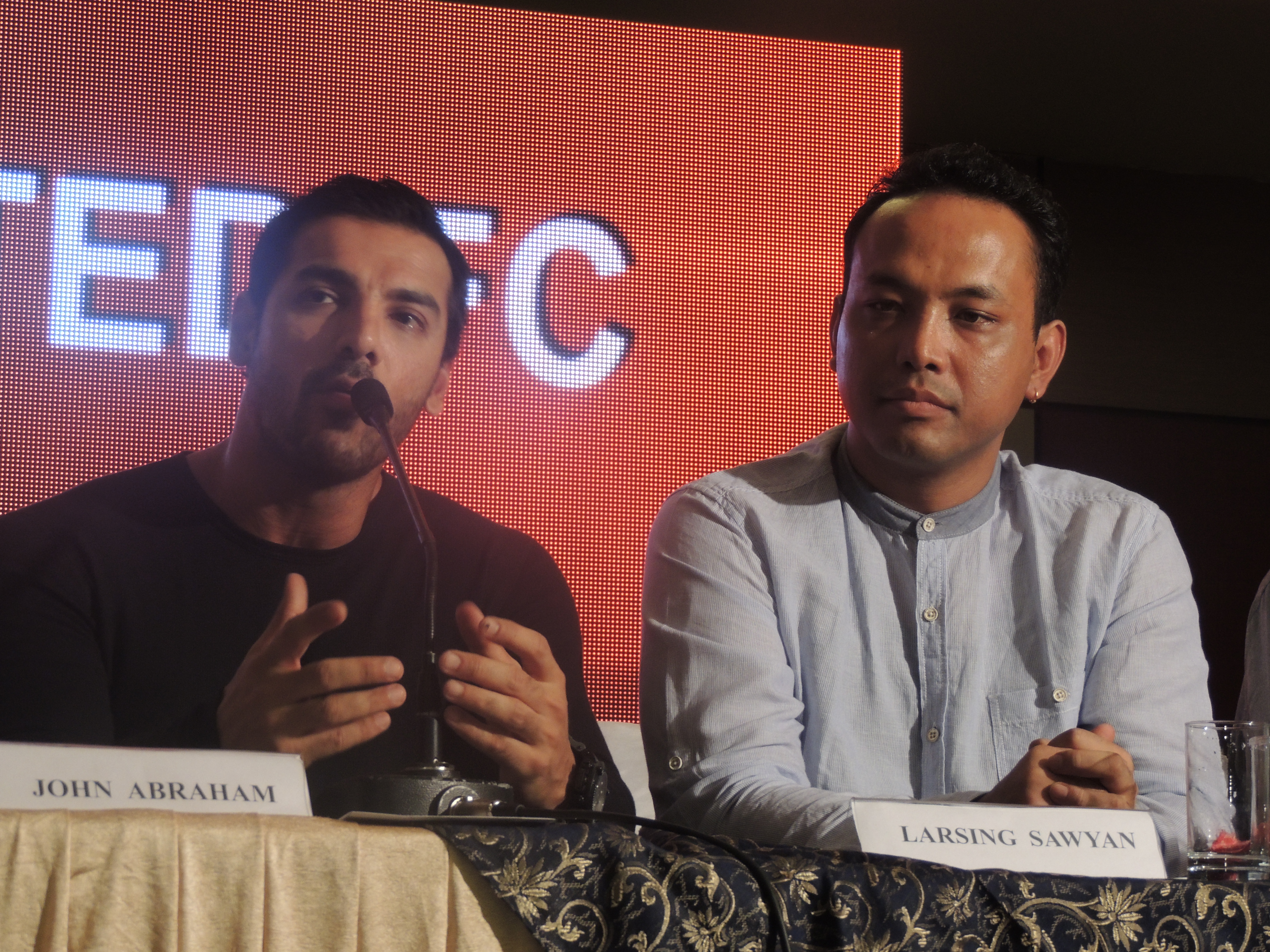 Football fans across the North East were ecstatic when Guwahati was selected as one of the eight franchise cities of the proposed Indian Super League (ISL). The ISL is a football League promoted by  IMG , Reliance and Star India which is all set to kick off from mid September to November 2014.

The ISL received an overwhelming response as numerous corporate houses of the country and top sporting institutions as well as a galaxy of top Bollywood stars bid to own a team from the proposed 9 cities of Delhi, Mumbai, Kochi, Bangalore, Chennai, Pune, Goa, Kolkata and Guwahati.

In April this year, the winning bids were announced and the consortium comprising of Bollywood actor John Abraham and Shillong Lajong FC were awarded the Guwahati Franchise. Guwahati had found its place in the list of 8 cities for the 1st edition of the Indian Super League (ISL) in place of Chennai.

The team was unveiled in an event held in the Guwahati, on June 12, and named “North East United Football Club”.

Speaking at the function, John Abraham said “I am a firm believer in the footballing talent that exists in the North East and proud to be associated with owning a football Club from the region. Our objective is to harness the talent and combine the footballing potential of the region into one team that we hope shall become an engine and platform that will power Indian football forward in the future.”

The event was also attended by a host of actors and personalities from the Assamese film industry who were present to lend their support and encourage the team besides officials of the Assam Football and Guwahati Sports Association and other dignitaries. Also present at the function were Bolywood Producer Ronnie Lahiri who is a designated advisor and mentor of the Franchise and Sanjiv Narain co – promoter of the Franchise.

Larsing Sawyan, Managing Director of Lajong said “A United Team of the North East based out of the region’s largest city has the potential to compete at the highest level in the country and with North East United, we hope to continue to fulfil the sporting aspirations of the people of the region and assist in propelling football in the country to higher levels”.

India is a country of 1.2 billion people where over 50% of the population is below 25 years of age. Sports is therefore gaining traction in the country and is mostly followed by everyone in this age group. The aim of the Franchise is to take football to the next level in the North East in order improve the overall development of the sport in India and also provide new opportunities to talents across the region.

The league which will be organised by IMG-Reliance and Star India which has the support of the All India Football Federation, promises to bring international football stars who will be playing alongside the Indian Footballers and create a new era of football in the country.