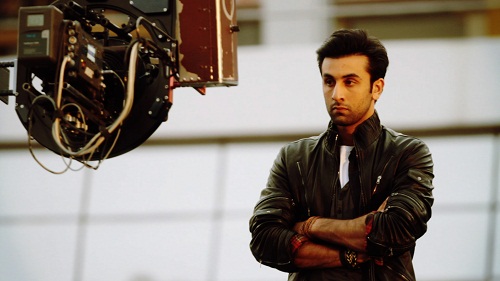 Nissan and The New Stars Of India

We are often advised ‘to think out of the box’ at home. At work by our friends, spouse…In fact thinking out of the box has become the new mantra for creative success. But how much are we successful in doing so? Falling in line and taking off on somebody else’s footsteps is an easier option. Recently a mail to us forced us to sit up and take notice of its contents as it advertised its project to be the first Bollywood movie to be auditioned in Facebook. Now didn’t that sound like a totally out of box idea. The mail was from Nissan, the Auto giants of India and the project was New Star of India. New Star of India is actually a campaign based on Bollywood and it has all the ingredients of a masala movie like, song, dance, drama and action add to it the star power of Ranbir Kapoor(who incidentally is another new star of India) all packed in a five mins duration, directed by renowned Choreographer Ahmad Khan. Hence in a way it can be called a Bollywood movie rather than a usual ad film due to its wholesomeness. What makes it more unique and interesting are the firsts that are associated with it.

But first you would like to know more about what New Star of India is all about.

As their spokesman Yuvraj puts it,

Nissan had created ‘New Star of India’ – the world’s first Bollywood movie auditioned on Facebook. All across India movie enthusiasts auditioned for an opportunity to act alongside Bollywood heart throb Ranbir Kapoor. From well over 2500 hopefuls, 20 were chosen to be in this ground-breaking movie.

The campaign started off in October on Facebook, and has gathered over 4, 60,000 fans. Participants were given the opportunity to show off their dancing skills by recording a short video and uploading it to www.facebook.com/nissanindia. Winners were decided on the basis of public votes and finally shortlisted on expert opinion from Ranbir Kapoor and director/choreographer Ahmed Khan. The filming for this ambitious project was carried out at Ramoji film city at Hyderabad with several Nissan Micra’s and a cast and crew of over 600 people – one of the largest productions seen in Ramoji.

The excitement did not end here. Nissan ensured that all those who participated and did not win, were not disappointed. Some were given surprise cameo roles and fans were able to participate in the film production process at www.facebook.com/nissanindia

The film is now ready for a red carpet release at Mumbai very soon (Nissan is also giving away a Micra signed by Ranbir to any one lucky fan who has booked a test drive through their Facebook app.) which is a first again, for a promotional campaign.

That brings us to the the firsts that are associated with the project, which are:-

It is the first Bollywood movie to be auditioned in Facebook. Now that is what we would call taking Social media into another dimension

It is the first time that Bollywood and Automobiles have been spoken of together. The format of participation was kept at its simplest so that everyday middle class youngsters get the opportunity of a lifetime- to star along side Ranbir Kapoor. All the enthusiastic participant had to do was log in his/her Facebook account and upload a video for public voting. No quizzes, no phone calls, no long queue, no televised dramas either. Public voting was carried out on Facebook to arrive at winners…out of 2500+ entries, 100 selected on basis of public votes. Out of these 100, 20 best entries selected by Ranbir and Ahmed Khan. You might find it heartening to know Stella Chongtham, who is a winner in the top twenties, is from North East studying in Delhi University.

The promotion is massive, and so is the response to it. Nissan is carrying out some cool and easy contests in their fan page for better participation and interaction by the fans, so that they can keep a tab on their first hand reaction and feedbacks. We in Fried Eye will be rolling out a few easy contests in our fried eye fan page based on the New Star of India project in which we will be distributing T shirts sponsored by Nissan as prizes. Well contest is not an ‘out of box idea’ for fun, but fun again doesn’t need one either. So hope you have an enjoyable moment reading about the NSOI and taking part in the contests.

Many faces Many roles – Art by Jayati Nath