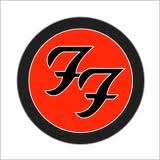 In the shady setup of Nirvana’s unplugged performance at MTV’s studio, a nondescript man played silently on the drums. Armed to his teeth with drumsticks, Dave Grohl can be seen brushing the drums ever so lightly, jogging his head to the rhythm of Kurt Cobain’s guitar. Eventually, Kurt Cobain decided to shoot himself, the legend had decided to burn out than to fade away. One of the biggest bands of all times had disappeared in a day.

It was the perfect ending to a perfect band. Except for one unexpected turn of events. Dave had been writing. And after emerging from the gigantic shadow of Kurt, Dave decided to break free, record some of his own songs and form a band. After the legendary Kurt Cobain’s death, Grohl almost gave in to a permanent position with Tom Petty’s Heartbreaker’s, but decided to step in to a studio and record some of his own writings. Going under the name of Foo Fighters, Grohl played almost every instrument on the songs of his album.

Foo Fighters first burst into the mainstream with their hit album “Nothing left to lose”.  Grohl and his band have won 6 Grammies along the way. The band has released eight albums till date:

The musical style of the band has been built primarily by Dave who has been quite vocal about the influence of Kurt, his former band mate, on his music. The band employs the technique of shifting between quiet solos and loud choruses, a style vastly reminiscent of Nirvana’s music but in a cleaner and leaner manner. The Foo Fighter’s music is based largely on Dave’s loud vocals and rebellious lyrics and influenced by the rhythm on drums and bass. The current line-up includes:

The band’s name is based on the slang for UFO’s (Unidentified flying objects) during the World War II. The band’s latest release Wasting light has been steadily maintaining the top of the charts and is already a certified hit. The Foo Fighters have been described by fans as the Tom petty and the heartbreakers of the decade, churning out a steady stream of hits and music that is the true definition of rock, in your face and heavy. Even after the Greatest Hits album, the band doesn’t seem to have plans to disappear for a long time to come. Like Dave would have said, they have “Nothing Left to Lose” from here.