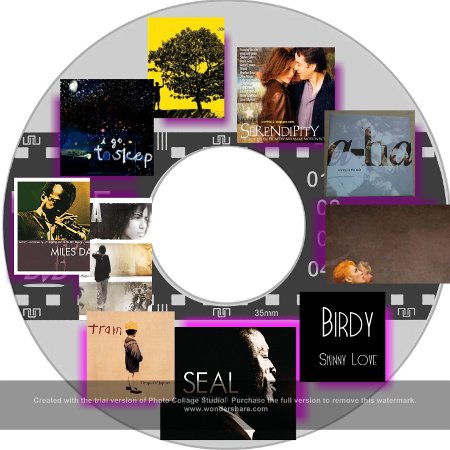 Music Review : Sunny Side Up

Rating: ****
Think old classic romance. Think passionate wooing. Think lyrics that will make you sigh and wonder if people still love like that. Or rather, live like that. You know, the forgotten way of life. That’s what Paolo Nutini is all about. I first heard his song “Candy” in the UK Top 40 Singles compilation, along with another song, “Pencil Full Of Lead”, from the same album, “Sunny Side Up”. And those two numbers made me want to listen to the whole album. A very satisfying experience, I must say.

Now while the former is a love song that will melt you to the core, the latter would remind you of old fast jazz numbers, with dancers in frilly skirts twisting to it, and an old man belting out the song while laughing out loud. That’s where the surprise lies actually. Paolo Nutini’s just twenty-three, gifted with a matured voice suited for a much older man. That too a voice that would sound like liquid chocolate pouring down your ears.

All the songs have this one thing about them which make them special, and are bound to make them memorable to you. So while it is the intro of “Coming Up Easy”, it would be the easy beats of “Growing Up Beside You” and the way the song happily flows that makes it endearing. “Tricks Of The Trade” is a more somber number, with serious lyrics, and so are “No Other Way” and “Keep Rolling”. “High Hopes” and “Simple Things” both have a country feel to it, and the use of different instruments at strategic points make for interesting and refreshing hear. Specially look out for the use of the cello and the unexpected change in the beats in the latter. “Chamber Music”, which is amazingly simple and sweet, is bound to make you smile. “Worried Man” is again separate from all the other tracks, and the beats on the guitar is what makes it different.

And although this is meant to be about the music, I have to mention here the video of “Candy” which made me fall in love with the song all over again. Maybe it’s the video which made the words “Darling I’ll bathe your skin, I’ll even wash your clothes…Just give me some candy before I go” haunt me for a long time after that. You see the “just-married” Spanish couple, you see the young singer strumming on the guitar as casual as can be, and you’re left wondering how love could be as simple and yet as passionate as that.

If you are into classics with a modern feel, and if you are into lyrics which make you want to know what had gone into making that song, then you will definitely like Paolo Nutini. As you will like wanting to groove to the beats, which would be just the right thing to do on that lazy Sunday afternoon when you want to perk things up.