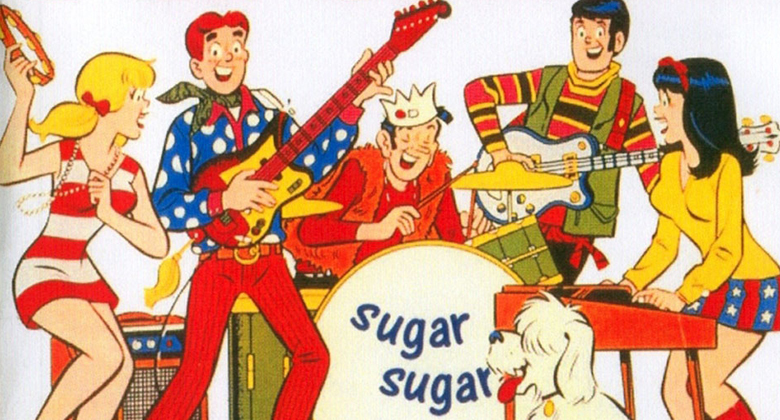 Music is food for soul, so we bring you a short playlist of a few songs on food. The songs are not in any particular order.

One of the most popular songs of all time. This song is about a young gold coast slave boy who tastes brown sugar for the first time. And yeah! he loves it.

The song is so plain but yet I like it like many others. Billy Corgan really makes it special.

“Pour some sugar on me” by Def Leppard

You cannot help but sing along when it is played.

A bubbly song but nevertheless it is one of most loved songs.

Zac Brown Band might have given many hit songs but this song is undeniably their signature song.

He somehow likes dope songs with both his songs(“Banao and Banao” and “Keep Rolling”) on dope becoming a sort of dope anthems.

What a mouth-watering reggae classic this is. The title alone makes me want to run to Kendal, Jamaica for some homemade Lee “Scratch” Perry cooking.

This track is also one of the tastiest recipes to ever come out of Perry’s Black Ark kitchen-studio. Not only did the revolutionary original B-Boy lay down a brilliant track about one of his favorite dishes, he also concocted the perfect dub track for any meal scenario. If you wanna woo your special lady just follow the classic recipe of one of Jamaica’s finest.

Not only is this track off of one of the greatest albums ever made, it also goes to show that The Beatles can write a brilliant song about anything. Who knew it was possible to wrap George Martin’s amazing production around lyrics about coconut fudge and decaying teeth?

George Harrison originally wrote the song as a tribute to Eric Clapton’s chocolate addiction and derived the title and many of the lyrics from a box of Mackintosh Good News chocolates. Even though the song does mention the downfalls of eating sweets, it still makes me wanna get down on a gigantic Cadbury Creme Egg. Pretty sweet indeed.

“Eat it” by “Weird Al” Yankovic

A parody of MJ’s “Beat it” but it reached the heights of popularity topping charts in US and Australia.

“Apples and Oranges” by Pink Floyd

A sweet song by Pink Floyd.

Not many songs can make you feel like an actual food. This is one of those.

I am sure I have missed many of the must haves. Looking forward for your list.