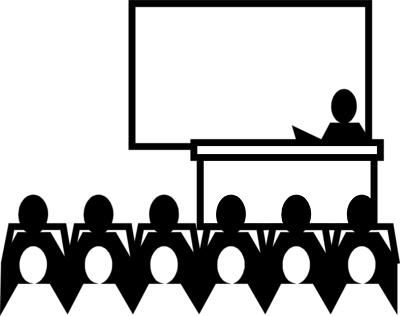 Multilingual Education: Including the Excluded

This post by Tinam Borah , a member of our editorial board, was published in the Assam Tribune, a daily from Assam, and is re posted here due to it being about a very relevant topic of today’s times.

Eight year old Kisun Kisan loves going to school. “I love studying. Nobody has to force me to go to school or to study. I wake up early in the morning and go to the paddy field to help my father. After coming back I go to school. I study my lessons every evening after school.” declares Kisun, the son of an Adivasi farmer father and a tea garden worker mother, both of whom are illiterate. Kisun lives in Syamuguri Tea Estate in Sapoi Bhutia Ali village near Dhekiajuli town with his parents and four siblings.

Like many other children of his community his elder sister left school at an early age. Dropping out of school early is very common among Adivasi children. Inability of the children to follow the lessons in a language which is not spoken at their home is considered to be one of the primary reasons for this high dropout rate.

Kisun, however, is an exception. He is the only one in the family who attends an Adivasiya school and can read and write in English. Unlike regular schools in his area where the language of instruction is English, Hindi or Assamese, in the Adivasi school where Kisun studies, the children are taught in their mother tongue- the Adivasiya language.

“Earlier when I was studying in the L.P school in the village, I could not understand English or follow any of my lessons. However after coming to Adivasiya School, I can read and write English to some extent. I have also learnt my own language better now.” says a confident Kisun. Now Kisun’s aim in life is to become a teacher and help children like him to enjoy their school going experience. His favourite teachers Monica Singh and Kundru Kisan are his role models.

This Adivasi school in Sapoi Bhutia Ali is one of the three pilot schools with the module of Mother Tongue Based Multilingual Education (MTBMLE) established by the efforts of PAJHRA, an NGO based in Tezpur and Adivasi Sahitya Sabha (Adivasi Literary Society) in collaboration with SIL International and the Department of Linguistics, Gauhati University in the year 2011. The other two schools are situated in Janubasti and Anando Tea Estate in Lakhimpur District.

A total of 113 Adivasi children are currently enrolled in these schools under the care of ten teachers who are trained in the MTBMLE method of teaching. The teachers are all drawn from the Adivasi community; many of them themselves being school dropouts and having faced the difficulty of having to learn lessons in a language they could not follow comfortably.

“Since I myself could not complete my education, I do not want the children to go through the same pain. I want to devote some time to the school and the children so that they can joyfully learn in their own mother tongue” says Kundru Kisan, who teaches in Kisun’s school. Kundru and three other teachers do their best to touch the lives of the 26 Adivasi children in the school.

MTBMLE has changed the lives of many other children like Kisun all over the world. It is now an international movement especially for those from linguistic minority and marginalized languages that constitute a numerical minority in relation to some other groups that are politically and socially dominant and suffering negative consequences of education in non-mother tongue languages.

Two states in India – Andhra Pradesh and Orissa started mother tongue based multilingual education on a pilot basis for tribal children in 2004 and 2006 respectively. In Assam MTBMLE programmes are running mostly in the form of pilot projects for minority language communities like the Amri Karbis, Rabhas, Bodos, Singphos and Adivasis.

MLE offers a proven method for quality education rooted in children’s home language and early cultural experiences benefitting many like Kisun Kisan who has not only gained confidence to read and write, but has also learnt good manners and developed a better personality by attending Adivasi school. Development planners see MLE as a critical input for reduction in number of school dropouts and increase in learning attainment levels. Of the 113 students enrolled in the three Adivasi schools of Assam, not a single one has dropped out since their enrolment a year back.

In MTBMLE children are initially taught in their mother tongue so that they can grasp ideas and concepts easily. Gradually, there is a transition to other languages, for example- a regional, a national and an international language, which are taught as second and third languages and not as the medium of instruction. This helps the children to understand the concepts in their mother tongue and then transform their ideas and thoughts into English or Hindi, as and when necessary.

MTBMLE is today seen as a noble and effective step towards fulfilment of the target of achieving universal primary education as put forth in the Millennium Development Goals. It is hoped that its successful replication in more and more schools would lead to both improvement in the quality of education as well as inclusive development of the marginalized communities.

Department of Mass Communication and Journalism