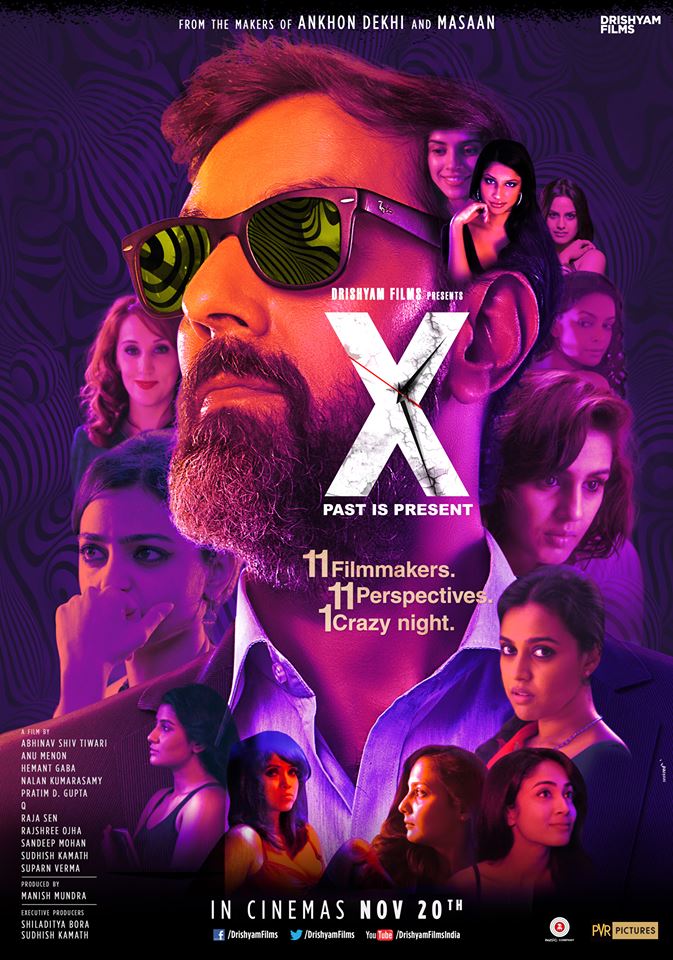 X Past is Present, a review | An experiment at best |

11 chefs set out on a unique cooking experiment. Do the manage to get the X factor in X Past is Present?

One of the earliest proverbs we learn in our lives happens to be ‘too many cooks spoil the broth’. If you have not understood what that means, a bunch of directors decided to make X Past is Present presumably to bring out a perfect example for the same.

This is the story of a person called K, a filmmaker, whose films have often depicted elements that he has picked up from his relationships. And he has had quite a few relationships. And he goes through a series of flashbacks taking him back to all his relationships on one particular evening when he meets a young girl at a filmy party. Considering there are 11 directors, there are as many stories. – 10 of which are flashbacks. Each story features a new girl. Each story aimed at telling a little bit more about K. About the escapist in him and why does he tend to look for something new constantly.

On paper probably it was a grand idea. And maybe it could have turned much better if it was helmed by one director. Were all the 10 back-stories needed? Did they make K any less/more interesting? What did 11 directors archive that seven could not have? Or one could not have?

Of course it undeniable that each director brings his or her own into the respective stories.  Like Pratim Dasgupta’s is rather lyrical. Q on the hand, known have an extreme sense of edginess while directing, makes his film as if he was as high as lead character. Well known critic Raja Sen adds some stability in his story as he lets the audience watch as the drama unfolds from a third person view. Rajashree Ojha lets her camera play with the male gaze. So on so forth.

Some of the stories you might actually take back with you when you walk out of the theater after watching the film. Also, evidently it has been a rather difficult effort as 11 people wrote their own stories and yet finally making it all sync in with the single larger picture.  There are even nods to Woody Allen – a man who himself has gone through number of marriages and relationships and makes films on relationships. Drawing inspiration?

Actors too are at their best. Rajat Kapoor shines. He is pretty confident even in stories where he does not need to be seen but just heard. Anshuman Jha, who plays the younger K, does well too. The girls make most of what they got. Especially Swara Bhaskar, Radhika Apte, Aditi Changappa and Pooja Ruparel.

But irrespective of the positives, when you look at it as one complete film a lot remains unfulfilled. The screenplay is not quite seamless. At least one of the stories could have been done away with. The music rarely fits.

X Past is Present is rather tiring if you were to watch it for the sake of ‘entertainment, entertainment, aur entertainment’.  This one is an experiment. A brave one in fact. And it should be judged and watched as one.