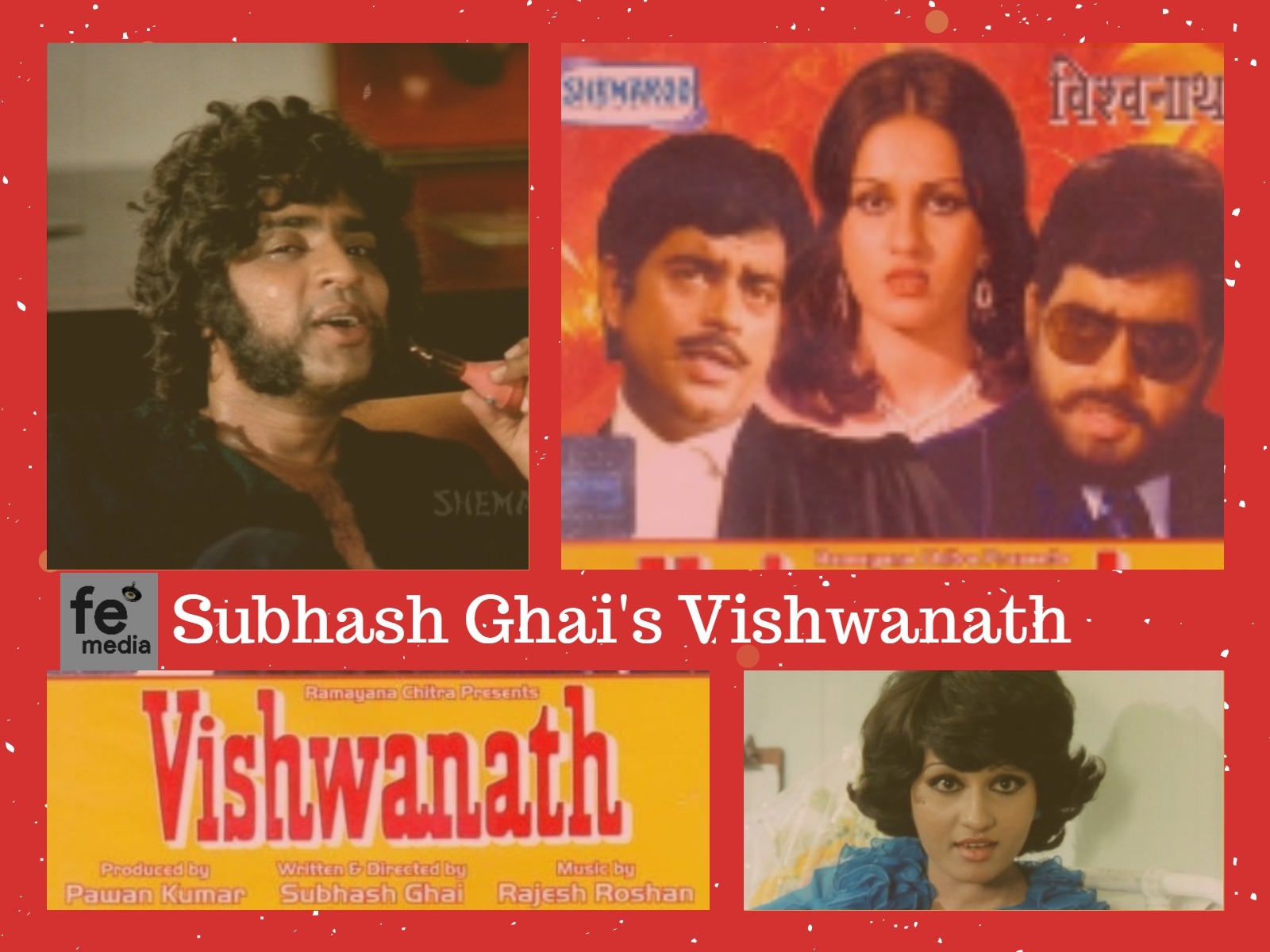 Looking Back At Subhash Ghai’s Vishwanath – An Unacknowledged Giant

“Once in a blue moon, kabhi kabhi,” the villainous Ranjeet snarled as Khuka in Subhash Ghai’s Vishwanath. One of his cameos which went on to build a cult following. The character barely had any other line, signifying the quirks of the director that Ghai once was. Vishwanath is all manner was a statement of Ghai’s ability to play the mundane and yet deliver. This was his second directorial, after the spectacular Kalicharan, and this was actually a far bigger hit (estimated Rs 7 crore) – something most people today would not realise. Vishwanath also established two strong brands – Ghai himself, and Shatrughan Sinha.

All this with a script that was written barely in 15 days just because the actor needed to make the film!

A FRIEND IN DEED 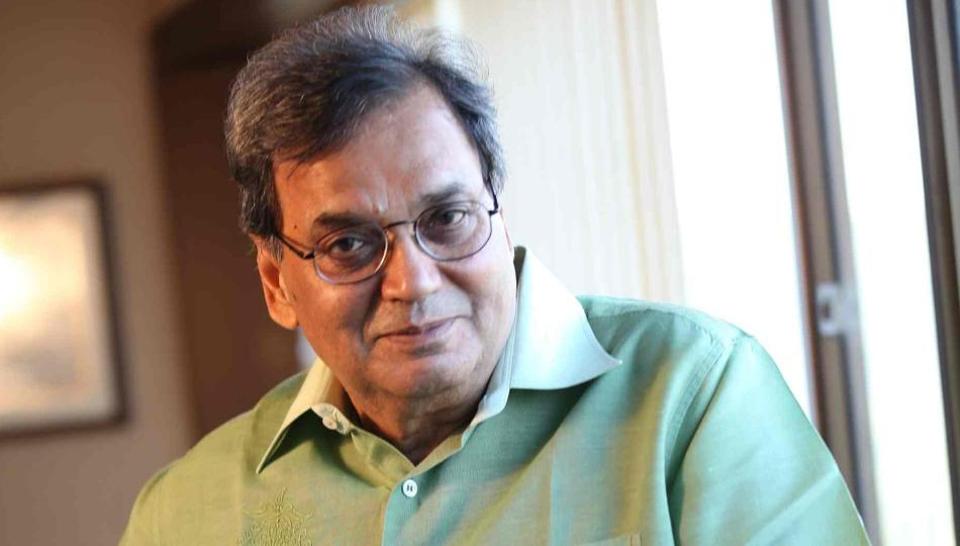 “I had already started working on Gautam Govinda after Kalicharan but the film was taking longer than expected due to some problems (the censor board was not clear about allowing violence). Around the same time another film I wrote, Khaan Dost, which was directed by Dulal Guha and produced by Ramayana Chitra had flopped. So Shatrughan Sinha came to me and asked If I could quickly make a film with his production house. Being a friend, he had earlier obliged me by working on Kalicharan and hence I could not say no, despite having decided earlier than I would never direct two films at the same time!” narrates Ghai. What is interesting is that Ghai was given barely a month to get the film on floors because Sinha was scared his distributors would lose trust in him! “And I did not even have a subject to make a film on! Pawan Kumar told me that we had to start in one month and coaxed me to start thinking of a story so that they could at least make an announcement!” Ghai adds. Subsequently, the filmmaker went for a three-day holiday to Khandala, returned to Mumbai with the idea of a criminal lawyer who turns a criminal, got it approved and wrote the script in next 15 days. And in between all of that he also finalised his cast which included Reena Roy and Prem Nath – both fairly busy stars back then.  For Shatrughan, who had been playing a lot of criminal roles till then, a smart layer did sound appealing. “I told Shatrughan that he has been playing all criminal characters and this time he would play the top lawyer of the country on whose wisdom people bet on. And when he is defeated by the evil, how he comes back from the ashes and that revenge as a civilian!” Ghai tells us.

An excited actor, a super fast writer… and Vishwanath was on floors in less than a month! Ghai admits that he had to improvise a lot during the shoots and that’s understandable with a script as hurried. He banked mostly on getting his protagonist right – a mantra most of the filmmakers were following back then. “I wrote a very strong character of Shatrughan Sinha. If you have seen the film, you would know how his court scene,” Ghai adds. Indeed, a quick watch will indicate the efforts the director took to make the character look brilliant. The opening scene sees a lot of people gathering outside the court when Vishwanath is arguing against a rapist. While the other lawyer rips the case apart, Vishwanath sits patiently waiting for his opponent to make a mistake. When he finally does stand up to make his point, he does that in style – a single shot scene with the camera going around him. “We used a round trolley shot in a court scene, can you beat that. There was no technology. My camera person was strong enough. Even in the first shot, where Ranjit murders a girl, it is one single shot. I used all my technical skills and sense of story and characterisation and went on improvising during the making,” Ghai reminisces.

ONCE IN A BLUE MOON 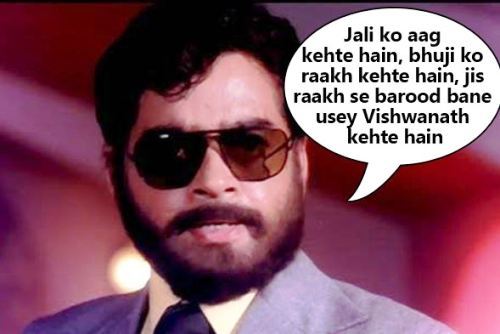 Ghai managed to get a first cut of the film in around 10 months after he started rolling and then he realised that things were not quite right. “When I saw it I realised there are loopholes in the film. I remember shooting for eight more days after to correct what was wrong. The film was written hurriedly…,” he admits, while adding that the box office results actually surprised him! The film’s dialogues actually worked wonders, with people clapping and whistling. Who can ever forget Shatrughan Sinha thundering “Jali ko aag kehte hai, bujhi ko raakh kehta hai, jis raakh se barood bane, use Vishwanath kehte!” when Prem Nath’s GNK dares him! 40 years since its release, these dialogues still draw applause.

These dialogues were not reserved only for the lead character. A fair share was also given to Gollu Dada played by Pran. And of course, as mentioned earlier, Ranjeet. “You have to give some takia kalam to a character so that people identify with it. Ranjeet’s was a very short character. When I offered him the character he was already a big villain. He had only three days of shoot in this film but I told him that I would give him something that will stay in people’s minds!” reveals Ghai. And he delivered on the promise rather well. 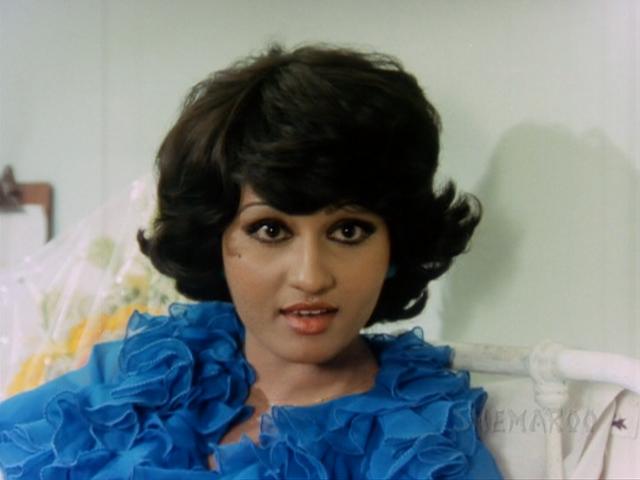 Like most films of the age, here too, the heroine barely had much to do… it was like she was reserved only for the song and dance numbers. And the ever-so-popular formula of the heroine dancing at the villain’s den towards the climax – a formula that stayed well into the late ‘90s. And yet, Subhash Ghai managed to add something extra – a few vices that were usually a part of the vamp’s repertoire. Reena Roy’s Soni was a proud smoker and a survivor. “Those were the times when the heroines were mostly named Radha, Kusum or Suman. And I wrote a character who had vices. My heroine was greyish… but it was important. When you are making a film about an honest lawyer and his journey into the black, you need a character that provides the contrast. My heroine was a modern girl who spoke her mind, was practical and had a backstory. The character also underplayed the fact that vices don’t make a character. People believe a person who drinks, smokes and has sex is bad character…” the director points out. The audiences clearly got the point. And that she look smoking hot only made things better. 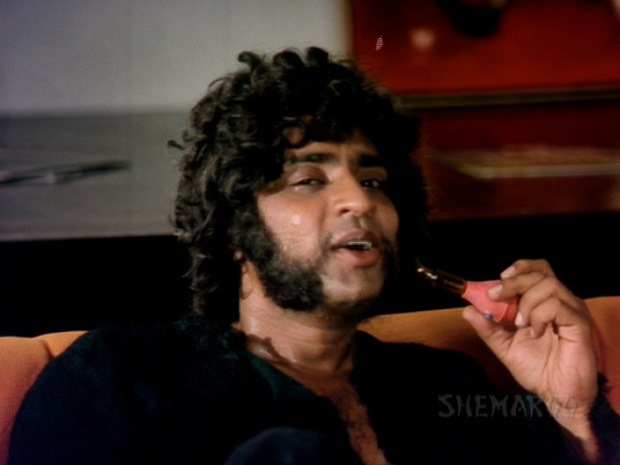 Like many of his films, in Vishwanath to Ghai played with the grey. And like many of the films then, this film too had that one grand God-human showdown – when the hero talks to the god, a La Deewar.  And Ghai is unapologetic about the lack of novelty. “People believed in god back then… in God’s kindness and how God blesses people. And as a filmmaker, you have to understand the social fabrics of the society and how they react to a particular situation, even if it not my personal belief. When you tell people stories, you have to understand what kind people they are…ours are people who talk to gods, to the photographs of their dead father…,” Ghai explains.  “When I present a play, I present it to the people. Today many of our directors are making this mistake. They make films of what they think of the society. That is the difference between art cinema and mainstream cinema – art cinema speaks of the ordinary people; commercial cinema speaks for the ordinary people” he reasons.

Well, Ghai certainly did understand his people. He may have not made a film in almost a decade now, and not made a hit film in two decades, but there is no denying that at his peak, Subhash Ghai was nothing short of remarkable. And to be able to make films on such loose scripts and yet manage to manipulate his audiences –  happens, as Khuka would have said, “Kabhi kabhi, once in a blue moon.”

Padmaavat – Is It Worth The Hype