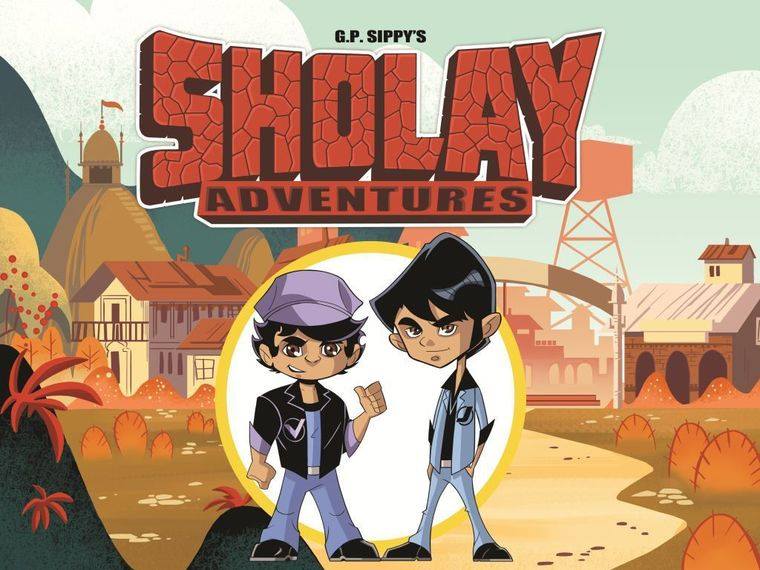 Sholay Entertainment, the company which owns the rights to the iconic film Sholay has come up with an animated and modified version of the film. This will be a series of films called The Sholay Adventures.The film premieres on POGO channel on January 26.

The modified characters have been created by Graphic India’s SVP Creative, Jeevan J Kang. The scripts happen to be written by Alok Sharma, someone Fried Eye is proud to be associated with. Alok has written some interesting articles for Fried Eye in the past. You may read his interview with ‘ Uncle Pai’ here.