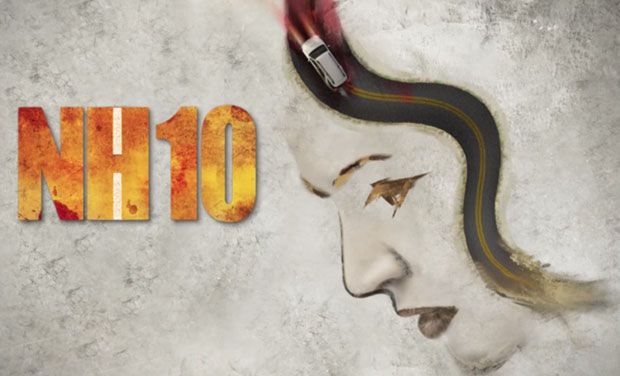 The almost perfect juxtaposition of the revenge motif and the modern emancipated woman is what makes up the somewhat abstruse plot of the much hyped Navdeep Singh thriller NH10.

The movie encompasses a plethora of burning issues, including honor killing and subordination of women in the Indian society. It is a stout wallop on the prevailing male chauvinism in various places across our country and is sure to leave you wondering how haughty, self-righteous and cannibalistic human beings can be when it comes to the fortification of their dignity. The story revolves around aGurgaon based couple, Meera (Anushka Sharma) and Arjun (Neil Bhoopalam), whose romantic trip turns out to be the most horrendous nightmare of their lives when they come across a group of merciless goons from Haryana and a certain unpremeditated incident renders them avid of their blood. What follows is a typical Bollywood revenge spectacle, the only novelty being the accentuation on Meera as the representative of the audacious twenty first century Indian woman.  At certain points, the film seems to display some palpable emulation from a number of Hollywood revenge dramas, the most explicit of them being “I Spit on Your Grave 2”. Furthermore, the projection of a ‘lady Sarpanch’ in an unambiguously patriarchal society of Haryana is itself a paradox, given the picture the film intends to portray. However, these glitches are completely obscured by the delightfully outlandish Anushka Sharma whose performances have been undergoing refinement with every subsequent venture. She is the perfect amalgamation of the liberated woman striving to make a difference in the society and the typical Indian spouse whose ardent love and devotion towards her husband can stimulate her to overcome any impediment that comes her way. As a matter of fact, it won’t be an embellishment to say that nobody could have done justice to the character of Meera to the extent Anushka has.

NH10 is the undoubtedly one of the better movies of 2015 so far. It is grotesque, dreadful and most importantly, thought-provoking. The locations appear utterly realistic; the screenplay and cinematography are brilliant with Anirban Chakravarty’s music further adorning it. And although the climax doesn’t live up to the plot, you should by no means be discouraged to relish this one hour and forty-five minutes’ journey through NH10!