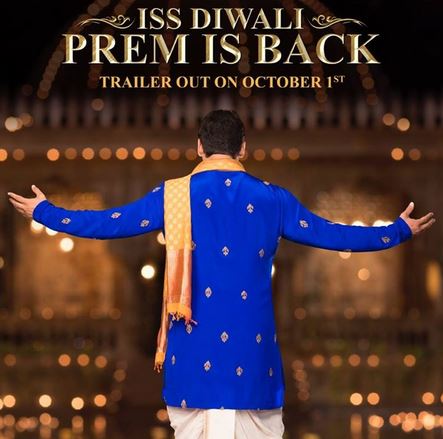 The much-awaited trailer of the Salman Khan-starrer film Prem Ratan Dhan Payo has finally been released officially. The trailer was released by the team on October 1st where the whole cast of the movie was present. Announcement of the trailer release was made via the official twitter handle of the movie. The movie is expected to be one of the highest grossing movies of the year, and watching the trailer, we can count on this statement.

Prem Ratan Dhan Payo cast has Salman Khan and Sonam Kapoor in the lead roles. The movie is said to be a family drama which is directed by Sooraj Barjatya. After watching the trailer online, the news that Salman Khan will be playing dual roles got confirmed. He plays the roles of ‘Prem’ who is a Prince while ‘Vijay’ who is a fighter. The movie is special for Salman as it is produced by Rajashri Productions with which Salman debuted. His major movies that got him fame were with this production house that include, Maine Pyaar Kiya, Hum Aapke Hain Kaun, Hum Saath Saath Hain. People have watched the trailer online and the trailer has got instant hits within few hours of its release. Prem Ratan Dhan Payo is a family movie with sensitive storyline.