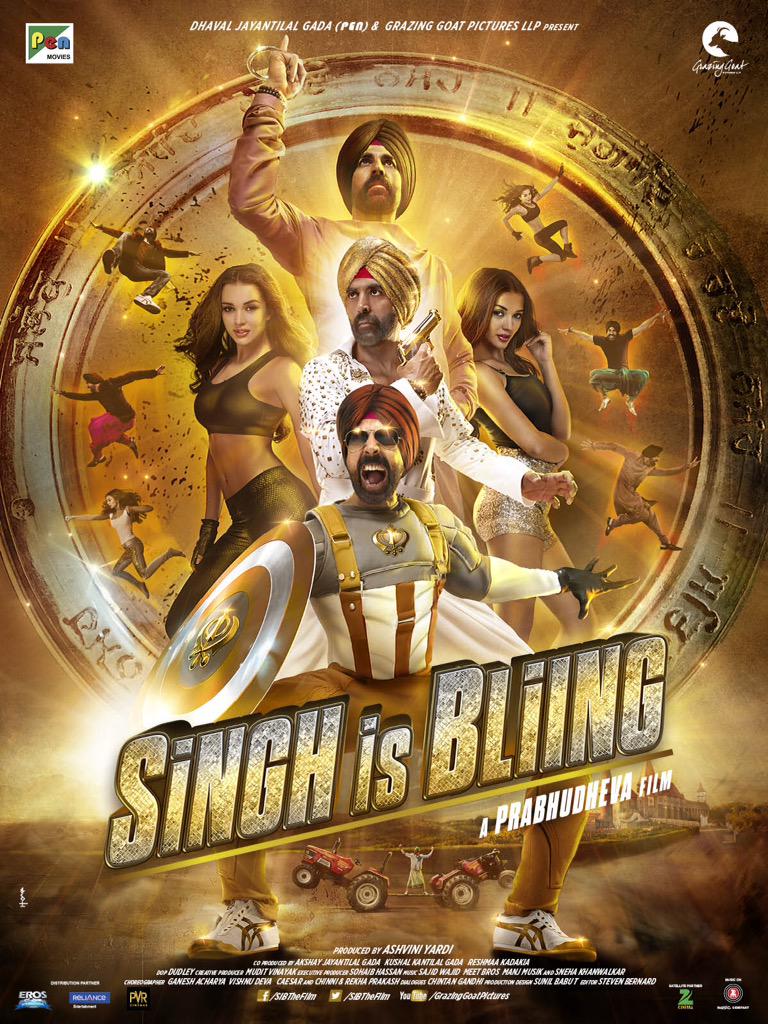 Somewhere in Singh in Bliing Prabhudheva appears out of nowhere in a toilet. He pisses on Akshay Kumar – his idea of humour. A good friend sitting just beside says, “This is precisely what he is doing to his career. Pissing on it”. I desperately try getting back to the movie, even as my efforts of making sense out of it had failed terribly till then.

Dreading that I might be facing another Action Jackson, I had almost made up my mind not to watch Singh Is Bliing. What on the earth could ‘bliing’ be, I wondered. I still do, a day after I have seen the film.

There is no ‘bliing’ or for that matter ‘bling’. There is a Raftaar Singh, a good for nothing foolish ‘youngster’, from Punjab. He is sent away to Goa by father to work with a friend who owns a casino. He is handed responsibility of taking care of a Romanian guest called Sara. Neither of them understand each other’s language – Hindi and English. Wow, the perfect premise for a love story, eh!
At least there is a decently entertaining first half, thanks to a fantastic Lara Dutta. She has never quite done the sort of comedy she tries in this film and she does it in style. Akshay Kumar too does hi usual bit.

The second half, bereft of Lara, takes the story – or a semblance to it – ahead. And the mess follows.
Kay Kay plays the evil boss of a gun smuggling gang who does not stop at anything. His character demands a suavity, which Kay Kay misinterprets. What he does is simply unbearable. There are plenty other characters who make no sense.

The only thing that made sense to me was Amy Jackson’s casting. They did not make her speak Hindi.

My efforts to understand the film yielded no results. However I figured it definitely has an audience. In a couple of scenes right at the beginning two cows are shown talking to each other in Hindi. They definitely comprehended what was happening. Cows after all are higher beings than this lowly human. Singh is Bliing is for the higher beings.