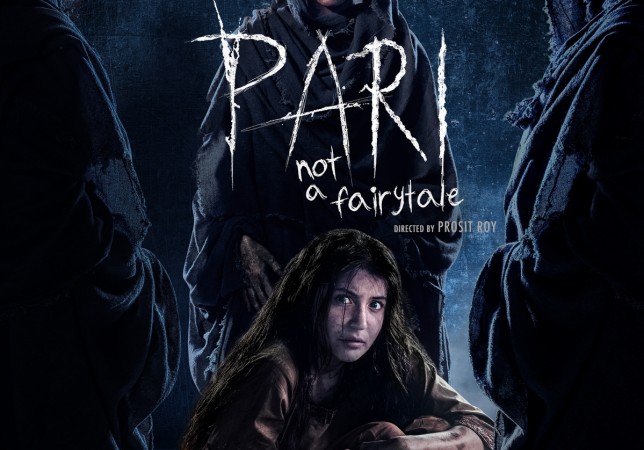 When I watched the trailer of Pari, I had a feeling that it would be different than other horror flicks made in India. It is a very well edited trailer. I am not a huge fan of Indian horror movies but the trailer made me watch the movie. The fact that a mainstream female Bollywood actor is playing the role of a witch added some value.

The movie starts with Arnab (Parambrata Chatterjee) meeting Piyali (Ritabhari Chakraborty) in an arranged marriage setup.  Arnab’s car meets an accident on their way back to home and a gypsy womn gets killed. Arnab and his family takes her to hospital and inform the police. The police discover the gypsy woman’s daughter Ruksana (Anushka Sharma) chained in a hut. After a series of events, Ruksana comes and wants to stay with Arnab as she feels secure with him. Arnab finds her strange behaviour confusing but looking at her vulnerability he allows her to stay.

Pari starts off really well. It seemed they had a very good plot with them but started struggling midway as how to end the story. The character sketching of the movie was really good. Rajat Kapoor who plays the role of Professor Qasim Ali gets the best part after Anushka Sharma’s role. He is a complex character and you don’t know till the end whether he is trying to end the devil or he is the devil himself. Anushka Sharma really plays well the character and at times you feel like you won’t be able to sit till the end of the movie. Some scenes frightens you so badly that you want to immediately get out of the theatre. The unpredictability in her character makes the movie worth watching. Parambrata Chatterjee also is good in playing the role of a reserved middle class person.

It is a brave attempt by Director Prosit Roy to make a Bollywood debut with a movie like Pari. The movie however loses its grip towards the later half of the movie where it gets predictable. Looking at the technical side, the cinematography by Jishnu Bhattacharjee is worth mentioning. The movie makers avoid most of the cliches in this movie. Shot mostly in Kolkatta but there are no forced scenes to show the typical Kolkatta we see in Hindi movies. Pari does not use stock background score to frighten the audience. The background movie score of Pari is very carefully designed.

My final verdict would be that the movie could have been better with a tighter script.