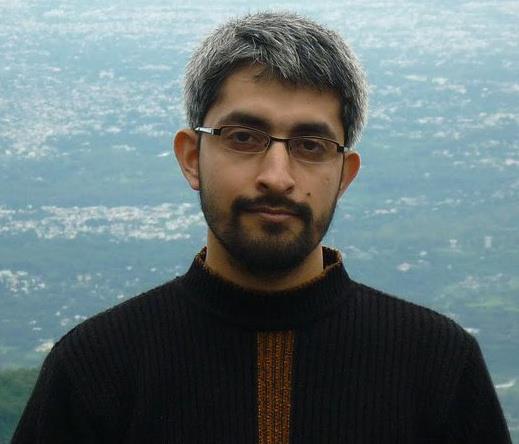 Open letter to the Censor Board from director Abhishek Sharma

Abhishek Sharma had managed to make people sit up and take notice with his very first film Tere Bin Laden. The film was not only acclaimed, it redefined satire and worked wonderfully at the box office. His second The Shaukeens may have not done as well but that did not stop him from scoring brownie points for his work.

Abhishek is also known for creating the graphic novel MunkeeMan.

Below is a letter the director has written to the Censor Board… in wake of the recent controversies. How are you doing? I hope you are recovering well from the sudden internal revamp that was caused by the identity crisis faced by some previous members of yours. I don’t blame them for feeling sidelined as these days a lot of unofficial organisations are doing your job. We have political and religious groups banning films free of cost. We as filmmakers don’t have to pay any processing fees to them, nor do we have to wait in the long ques in order to get moral lessons from these esteemed people. What more, we don’t even have to show them our films. They have a great censory perception (pun intended) as they can decide if a film is bad or dangerous for a society without even viewing it!

They are definitely doing a far better and efficient job of protecting our society from crazy artists than you ever did. From raising objections over factual errors in fictional novels to roasting comedians who dare to roast other comedians, these self appointed contractors of morality cover the entire spectrum of art & culture. Nowadays even National Governments like that of North Korea and terrorist organisations like Al-Qaeda are contributing magnificently to the cause of firing artists. Well, literally in the case of Al-Qaeda.

In these times your existence has surely become redundant. You clear a film, yet it gets banned (Vishwaroopam). You ban a film, yet it gets released (Messenger of God). What’s the point if no one respects your judgement? This calls for serious action. You should stand up for your exclusive right to defend the immature audience of this country. I suggest you start with banning the act of banning by unauthorized groups or individuals. We as filmmakers prostrate before you to become the sole antagonist in our lives as we dare to exercise our freedom of expression. It will be lot easier to deal with one entity rather than a countless guardians of culture and morality.

However if you cannot achieve such an exclusive status, please stop living a pretentious life. You have no reason to exist on tax payer’s money if you can’t be the final authority on what’s good for him and what’s not. In such a scenario you can still survive by being an advisor, a guide. You can just rate films without censoring them and let the people decide if they want to watch them. Don’t worry about us, the filmmakers, as we will still have the political parties, religious heads, rogue governments and trigger happy terrorists to deal with!