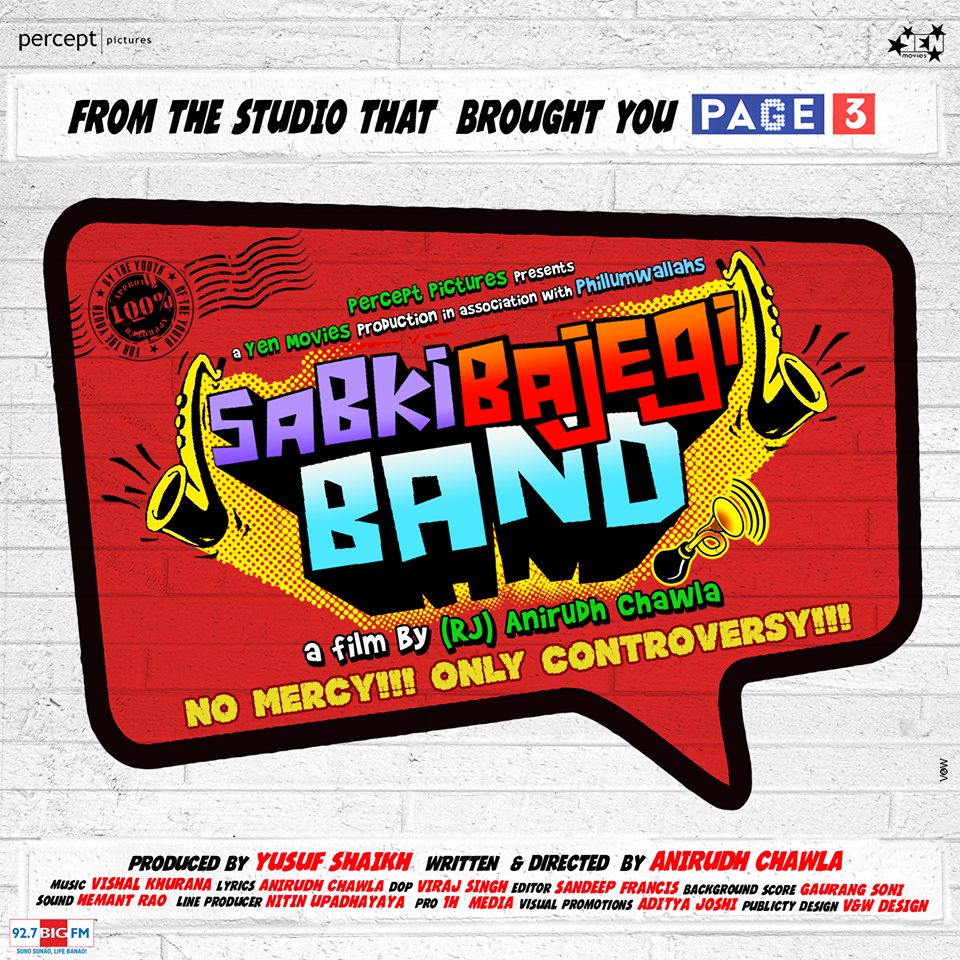 A fellow film journalist often has arguments with me. He believes that Rahul Gandhi is the best leader India could have. His absolute disregard for Modi led government is something I find a very interesting topic for discussion. It so happened that we sat beside each other as we watched Sabki Band Bajegi – a movie that has been promoted as one that will expose Bollywood. Following are brief details of the next one and half hours.

Him: Ah, the Modi bhakt is here! How can you like that man!

Me: I have nothing against Modi. But I seriously don’t have much expectation from Gandhi either.

Him: Alright. What about your expectation from this film?

Movie starts. Five minutes into the film we have figured out what NOT to expect from the film. We however find a couple of men almost choking on the laughter.

Him: Is the film actually funny or are these guys paid to laugh?

Movie continues. The story is basically about a group of friends in a house. They are all quite different from each other and are apparently best buddies. One of them is an aspiring filmmaker who has finally got a producer for a film. His idea is to make a ‘reality film’. He will ask his friends awkward questions what follows will be the film. So starts a series of questions that are aimed at making the audience think about the hypocrisy in our lives when it comes to sexual behavior. (All this he shoots on a 3 megapixel handy cam!)

After what felt like an unending session we reach the interval. My friend and I walk up to the guys who were laughing. We ask them what was so funny. They explained that they were laughing on the film rather than at the jokes. Relieved we head for the popcorn counter. And then we hear two guys in an chat with the director – a well known RJ in Mumbai –telling him how path-breaking this film could be.

“Oh you have come up with a very exciting film”

Both of us gasped as we heard that as we hurried back to our seats. Movie restarts. By the time it ends the director has tried to deal with everything taboo – sex, extra-marital relationships, sexual favours for returns, homosexuality, erectile dysfunction and AIDS. And there is a question posed to the audience to make it more evident that the film aims to make a change. Does it make the film watchable? Not by a tad. Intentions could be tremendous, but if it does not translate well enough there should be no reason for any of us to spend money to buy a ticket.

Being fair, the director does manage to keep the urgency required for such a set-up. But the writing is just too weak to help. A film as this also relies heavily on the way it is shot. Sabki band Bajegi does not impress there. Neither does it impress in any other department of filmmaking. Oh that horrid item song!

Performances are something that even the actors in the film might want to forget. Save a Sumeet Vyas and Amol Parashar (who funnily gets to play a homosexual yet again) others are forgettable. Even the usually good Swara Bhaskar does not make the cut.

As we walk out, trying to hide our faces so that the people associated with the film do not stop our way to ask for our reaction my friend decides to pull a joke.

Him: So what do you think? Would you have rather sat for a Rahul Gandhi speech if given an option or would you say Rahul Gandhi’s speeches are worse?

Me: Oh, I would go for a Rahul Gandhi rally any day! I could give his writers a pay hike if writers of this film can actually get a film. What about you? Modi vs this film?

We finally get the point of the film. Yes the film did an awesome job. In a strange way, it actually helped two people accept each other. It’s always nice to have someone by you after a traumatic experience.