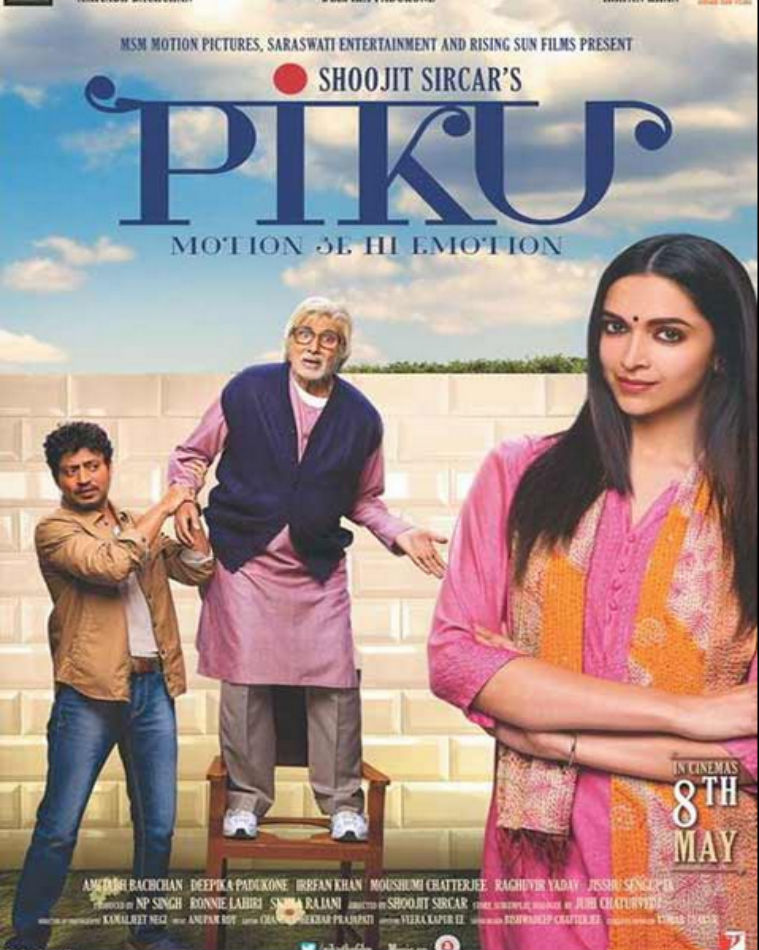 Falling in love with Piku

In multiple scenes in ‘Piku’ you would wonder if you could possibly be one of the characters. And if you were, how would you react to such situations. The characters make the premise absolutely believable… and that is just the tip on this magical iceberg. ‘Piku’ touches you at more levels than you would have expected, dragging you into the world where Piku Bannerjee lives.

The irony of life is that you only accept very few things that happen to you. Much of the rest you like to fight till someone comes and puts the sense back into you. Like Bhaskor Bannerjee… he is irrational at best, annoying at worst. He refuses to be at peace with his bowels. The doctor’s clean chit on his health fails to relieve him. And it is his impossibilities that make him endearing and compelling. At 70 years of age he announces that he will travel from Delhi to Kolkata by road and at the same time stresses he did not force anyone to accompany. Interestingly though, this forced journey turns out to be one in a lifetime for an exasperated Piku. Always in a hurry as she handles home and work, you almost feel the fresh air she breathes as she leaves the city of Delhi. Yes, you would have started falling for her by then. [if you are male and straight of course]

By the time they reach the end of the journey, you would probably be completely in love with Piku, sympathize with her while strangely rooting for someone else – Rana Chaudhary – to be the chosen one.

‘Piku’ is not about a family that you are used to seeing in films. Here a father is aware and accepting of his unmarried daughter’s intimate relationship with her business partner. The aunt asks Piku if her sex life is fine. And there is Bhaskor’s very remarkable theory about marriage and family – at least the way many women take it. As he puts it, he is not against women but their “mentality”. He questions the woman’s drive to give up everything she has to serve the husband.

He is defected character in a funny way. While he criticizes his dead wife for giving up her own self for the family, he almost forcefully looms over his daughter as she tries to find her own.

Piku in the meantime wants to get married, despite what her father believes. She wants to share her life with someone. But she can’t seem to get the need to take care of her father off her head. She meets men but fail to connect beyond a point, finding inane reasons why they do not fit.

And yet, she knows she probably found connect with the unassuming Rana. A scene where he readies to drive off while she stands at the steps tending her nails could nearly steal your heart.

There are plenty reasons why you should watch Piku. Probably the best I could put into words, a few of them, are as a pointer. Hence follows

To end it, I think I will just borrow a line that a dear friend of mine put up on Facebook after watching the film – Piku, a brilliant ‘motion’ picture.