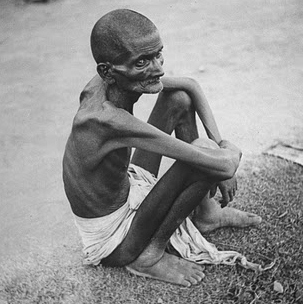 Memories mankind could do without

History without events; Civilisation without records; Man without memories would seem so lifeless , dry and an endless pit of nothingness. We love memories. We cherish them. They are our treasures to which we turn whenever we feel like reliving our lives, those special moments, the lifetime experiences.

But are all memories desirable? Wouldn’t we want some of our experiences erased forever? The trauma? Humiliation? Pain? Torture? A past?.  Yes, there are some memories that we wish we never had; incidents that never happened. If only we could erase the shame, the anger , the pain of certain events in the history of mankind?

We would rather forget some tragic incidents that had shamed mankind forever and put a blemish on nature’s greatest creature. We would rather be in a denial but sometimes we have to confront the past, face the demons just to ensure that it is never repeated. The legacy of shame has to be passed onto the next generation so that they understand the magnitude of the horror.

Again there are some memories of events that were beyond our control , but painful they were. It is in reverence for those victims of a tragic fate that we have to remember them forever.

In a twisted way we today jog our memories of those memories which mankind could do without, keeping the immediate timeline in consideration from the period beyond the 1900s.

Man could never establish its supremacy over nature. Though he has harnessed its resources to his advantage but there are times when man have been completely defeated and overwhelmed by its fury.

Famines have been common the world over for taking huge number of lives.

India reeled under the severest drought in the years 1900, 1942 and three years in continuation from 1965 to 67 resulting in millions being killed. 1.5 million being estimated in the year 1965-67 itself.

Famine also struck Ethiopia in the year 1984 to 1985 killing millions and the country is still reeling under its impact.

Even the Soviet Union and China were not spared. China was hit by famine repeatedly from 1907 to 1961 and 20 to 30 million were reported dead. 5.1 million were killed in famine in the Soviet union in 1921.

Floods too have created havoc in the history of civilization with its damages. China’s Yellow river and Yangtze rivers flooded in 1931 killing around 4 million people due to starvation and disease.

The Yangtze river again killed 85000 people in August 1975 when around 60 dams failed following severe storms. What added to the tragedy was the fact that the disaster was not made public till 20 years after. Why the secrecy?

And of course there were the severe earth quakes of Tokyo back in 1923 when almost 1/3rd of Tokyo and whole of Yokohama was damaged.

More recently tsunamis in the Indian Ocean killed more than 200000, after a strong earthquake off the coast in Sumatra in Dec26th 2004.

In March 2011 Japan was devastated by a massive tsunami following a deadly earthquake which was one of the five deadliest earth quake since 1900.Japanese Prime Minister Naoto Kan said, “In the 65 years after the end of World War II, this is the toughest and the most difficult crisis for Japan.” Around 4.4 million households in northeastern Japan were left without electricity and 1.5 million without water. Around 16000 lives were lost in the disaster with damages running into billions.

If the Natural disasters shook the innermost core of your tender heart then we fear what the impact on you will be if you came across the events where man turned out to be man’s greatest enemy? What happens if the keeper becomes the killer. There has been instances where a state or a nation’s highest authority sanctioned the killings of innocent civilians either as an act of war or as a part of maintenance of law and order.

Holocaust during world war IInd  will remain an eternal shame of mankind to put it very mildly.  A mass genocide of around 11 to 17 million  which included 6 million jews and other groups of people like homosexuals, Romani, Polish and soviet civilians ,ruthlessly in stages can never be forgotten, nor forgiven and never justified. A state sponsored murder of almost an entire race shocked the world and still shocks whoever reads about it. Even nature’s fury could not match up to Hitler’s obsession.

World war II will remain the blackest part of human history. If holocaust shook you up then the Hiroshima and the Nagasaki bombings will rattle you up. 6thAugust 1945 and 9th August 1945 will remain a tragic day in the history of wars and revolution with two cities being completely wiped out. More than 200000 people died with acute effects of the bombings within the first couple of months. Though it was a part of war strategy and seemingly justified and fair enough warning was issued to the Japanese forces, still the magnitude of the deed cannot be lessened. The war ended surely, but the impact and the scars?

Though not of as high magnitude, but the Jalianwala bagh massacre in our own Pre Independence India can be termed as cold blooded and brutal. In 1919 April 13th, Brigadier General Dyers marched to a gathering in the Jalianwala gardens, Amritsar and ordered fifty riflemen to shoot at the crowd which also consisted of unarmed women, children and senior citizen which did not stop till the ammunition supply was almost exhausted. Around a thousand were killed and a thousand more were wounded.

If Jallianwala bagh massacre was an open act of brutality then the true events leading to the Tiananmen square massacre of civilians and students with pro democracy leanings ,on 4th June, 1989 is still a blur due to censorship of information. The true number of casualties is still unknown. Some say that the military was forced to open fire due to the offensive initiative from the protestors while the others say otherwise. But it did bring a lot of international criticism and condemnation for the Chinese government and economic sanctions and arm embargoes were imposed.

The infamous Gujrat riots of the year 2002 have also been suspected of genocide in which the state was supposed to be complicit and so was said about the Sikh riots after the assassination of the former prime minister Mrs.  Indira Gandhi. Riots in India have taken a great toll in human lives with its mindless and unnecessary violence. Politically and religiously motivated, the endless communal riots all over the country has caused large scale damages due to the mob frenzy. Coming from a country which prides itself as secular and democratic and progressive, such acts bring shame not only to the perpetrators but also to every person who considers himself an Indian.

We cannot forget those act of terrorism either which threatened a total paralysis of the system or a country’s infrastructure without a consideration for the innumerable innocent lives caught in the line of fire.

The 9/11 US attacks, 26th September attack of India, the serial blasts of Mumbai, The Munich Olympics massacre… and the unending list continues. Truly, man is man’s greatest enemy.  If they are capable of gifting each other, their life’s best memories, then some of them there are capable of gifting us nightmares for a lifetime.

And then of course there are accidents. Fate. We watch on helplessly as fate plays a cruel hand and betrays us all.

The Chernobyl disaster, dated 26th April , 1986 the worlds worst nuclear disaster till date which involved around 500000 workers and 18 billion rubles to contain the contamination.

The Bhopal gas tragedy in the night of 2-3rd December, 1984 again the world’s worst industrial disaster had a greater fatality rate. 20000 were accounted to having being killed due to direct or indirect affect of the toxic gas, methy isocyanate gas which leaked slowly into the city. Thousands are still suffering from the long term side effects of the toxicity.

The Tenerife  Airport disaster , of March 27, 1977,which is supposed to be the worst disaster in aviation history when two boeing 707 s collided in the runway killing 583 people.

The Titanic which was touted as unsinkable met with an unfortunate fate on 15th April 1912 and 1502 lives were lost.

And so the memories…they are created and revisited.

May your souls rest in peace. May the future bring some hope.

The Joker and The Crystal Maiden – by Lightroom Poets
Editorial