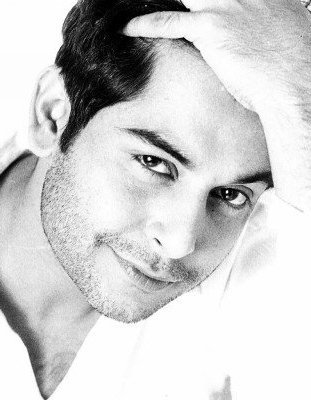 It is said that one who cries with you is your true friend. It is also said that one who wipes your tears is your true well wisher. And it is said that the one who makes you laugh and smile making you forget your worries is one of the most successful entertainer. An actor may be talented. He might move you. Touch you. Connect to you. But the one who makes you laugh heartily is the one who will be remembered with fondness. Tinam Borah, from the Fried Eye team struck up a conversation with one such actor, who can go to any extent, adorn any look, adapt any character to make you laugh and to entertain you. Here are a few excerpts from an interview with Indian Television’s versatile actor- the master of disguises- Gaurav Gera–

FRIED EYE: You have recently launched Amore Celebrations and events with some friends. What are the plans that you all have lined up?

GAURAV: We are going to be doing a lot of events. Like weddings and concerts. We have lined up a quite a few things for the next few months. As of now we have taken over a place called Levo in Mumbai and we shall also organize fun Bollywood nights over there. We invite friends over from the industry and it’s a Bollywood concept that we have.

FRIED EYE: Why the diversion from acting to event management?

GAURAV: Well, see I am partners with three more friends and we have been friends since years and we always wanted to do something together. We had been planning this since a long time and one fine day we all decided that this is exactly what we should be doing together. I am not taking retirement from acting. In fact we all have our main priorities set aside. This is only something we have chosen to take up because we wanted to do it since so long.

FRIED EYE: You have been seen to be donning multiple looks onscreen; you are the master of disguises. How challenging is it to play each character so convincingly?

GAURAV: See, every person has their own click. I have my click to be playing various characters.  To play a regular character is not exciting for me. To create a character that’s not you, that’s what I enjoy doing. I like playing different characters. It gives me a lot of work to do. I have to be into the character all the time, have to keep a hold over my body language, the way I speak, everything.  It’s like being a different person altogether. And that’s what excites me.

FRIED EYE: Of all the characters that you have played so far, which one is your favorite/closest to your heart?

GAURAV: I have been acting for fifteen years now and there have been many characters that I have really liked playing. I used to play Nandu in Jassi Jaisi Koi Nahi; then I once played an old man Lala Kamarnath- I was a 90 year old Punjabi man; that is also very close to my heart. Then there was a woman character I played named Maalti Manohar Mishra. These have been my most favourite.

FRIED EYE: How has been the experience of slipping into the character of Pammi Pyarelal? Or as a matter of fact, tell us about your other cross-dressing experiences as well.  How difficult or how easy was it?

Usually, playing a female character can be as easy or as difficult to play as any other normal character. But definitely it has its own challenges. For example, when I was playing Totaram Tiwari in Tota weds Maina, I would usually get some rest in between shots, or could lie down and relax. But as Pammi Pyarelal, I had to keep on the wig for the whole day, wear makeup the entire day and you are in heavy and binding clothes all day. Certain roles become difficult to play because of the costumes. I often wonder how those actors who play mythological or historical characters manage to pull it off through the day with such heavy costumes. It must be very very difficult.

FRIED EYE: Does comedy come naturally to you? Or do you have to work hard on your comic timings?

GAURAV: I think I am basically a happy go lucky person in life. So I guess that makes it easier for me. A lot of people say that comedy is tougher than any other genre of acting, but then you have a whole team responsible for the final effect. You have to have a story, you have to have perfect dialogues, and everything; only then it works out the way we see them.

FRIED EYE: You have been a part of the musical comedy on stage- Jhumroo for quite some time. Tell us more about this project.

GAURAV:  Jhumroo is a grand musical staged by the team Kingdom of Dreams, Gurgaon. We have created a special stage; it’s very international, state of the art kind of a theater. I fly in the air, I do stunts in the air, and I can even sing songs. I play the title role of Jhumroo here. It is packed with 19 Retro Bollywood songs and is a celebration of the spirit of Kishore Kumar. It’s very very grand to watch. It’s been going on since the last two years and I do the weekend shows now. 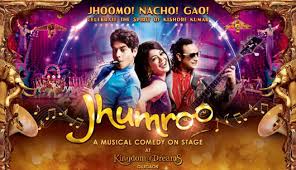 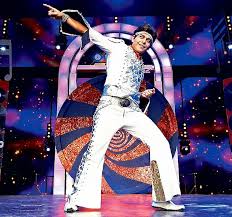 FRIED EYE: You are quite passionate about dancing, we have heard? Do you plan to someday participate in some of the celebrity dance shows?

GAURAV: I actually began my career as a dancer, but then things took a different turn and I shifted into acting. During my first year at Bombay I did a lot of dancing. Well about celebrity dance shows, not yet. It’s not like I don’t want to, I feel they make you do a lot of work in those shows. (laughs)

FRIED EYE: Any plans for the big screen?

GAURAV: I have been parts of a few movies. But I do not plan to pursue films as of now. If ever there comes some good opportunity, I shall think about it.

FRIED EYE: What are your upcoming projects, besides Amore of course?

GAURAV: Right now only Amore is on the cards. TV, I don’t know… Maybe I will do something random like hosting awards shows sometime. 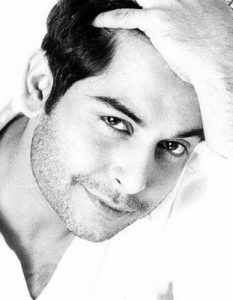 Atrocity in a Metro City