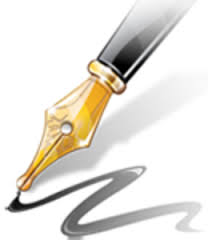 As we enter the new financial year, there is a new freshness. There is a new hope. As the South-East Asia Regional Certification Commission for Polio Eradication (SEA-RCCPE) has declared the South-East Asia Region of the World Health Organisation polio-free, a major hurdle in healthcare in India has been crossed. When the polio eradication started in India, it was considered a nearly impossible task to eradicate polio from India. The aggressiveness and the willingness with which Indian government went ahead with the programme was commendable and should be applauded. We hope that Indian government shows the same willingness and aggressiveness in other programmes as well and we become a developed country by year 2020.

Drinking water and proper sanitation is one of the problems in India. We came across an entrepreneurial lady name Mayuri Bhattacharjee who has taken up a project to provide EcoSan toilets in Northeast India who is trying to provide the right to sanitation by innovative interventions. We feel that this kind of projects are very much needed right now and would like to encourage more an more people to take up such projects.  So, if you know anyone who is doing good work, do refer to us and we will feature them.

This issue we got in a conversation with Gaurav Gera. We are also posthumously publishing an interview of Anant Pai, the creator of Amar Chitra Katha and Indrajaal Comics which was taken by Alok Sharma. It is a nice read with other articles as well. We hope you like this issue of ours.

The Master of Disguises- Gaurav Gera