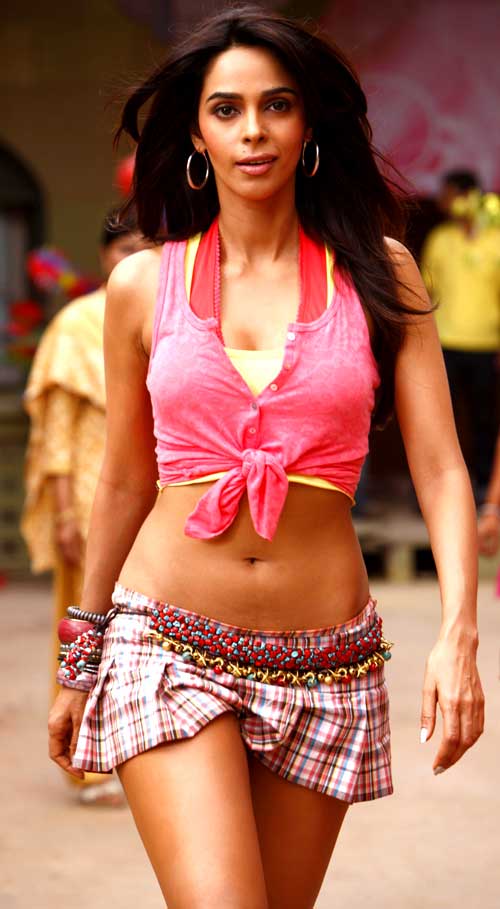 Mallika Sherwat has finally managed to entertain me! After a decade of her failed attempts all it took was some more of her hysterically stupid statements, but this time it was the accent that worked.

Quite frankly, I never thought we would find space for Mallika Sherawat ever in Fried Eye. Never really thought she would make the cut. But then life surely is unpredictable. Almost to a degree that it is inversely proportional to the predictability that Mallika usually offers. But then this time she stumped me. And if my assumptions are moderately accurate, she had a similar effect on almost all who saw her interview with Variety at Cannes.

So who exactly is Mallika? Well as per her, she is a ‘fallen woman and a superstar’ in the country. Fallen woman I do not understand, superstar I do. And Mallika, whose sole claim to fame remains some erotic scenes in Bollywood, fits nowhere in my definition. For someone who was not even noticed in her first film she had hardly managed to find a foothold in the industry despite changing her name and making ridiculous statements before she figured Indians would not fall for her. Shifting base to Los Angeles and claiming to be much in demand there, she did manage to get cast in a b-grade film. The film did not even get a respectable release but Mallika, who every now and then comes back to India to try her luck and fails, knows that she still has better chances there than Bollywood. For all you know they may want a not-so-good looking Indian girl they might want to cast for minor roles! And then she can always manage to walk the red carpets, thanks to expansive PR campaigns and continue to make blasphemous statements about India and Indian cinema. That too in accent that would prove amusing to both Indians not Americans would understand!

So she says ‘Baadam’ for Bottom, and talks about how hypocritical Indian society is. She believes she was the first woman to kiss on screen in India and also wear a bikini. At least that’s what she states. Do I feel the need to educate her? Well, my mother used to tell me that there is no point teaching a donkey to play the flute.

Yet, Mallika makes it to Fried Eye and you may ask why. Well, maybe I just found a joker for the fortnight or maybe she genuinely disgusts me at her blasphemy.

Do I feel angered by Mallika’s statement against Indian society, calling it hypocritical? Well, I do. But then I also realise as an Indian we have also learnt to forgive people like her. Also, bad losers tend bark. So, yes Mallika finally managed to entertain me and makes it to Fried Eye.

I just pray she does not continue. Forgiveness is too much to ask for if you default for than once. And Indians also know how to show the door without being hypocritical.

When love is a job!

The want for more