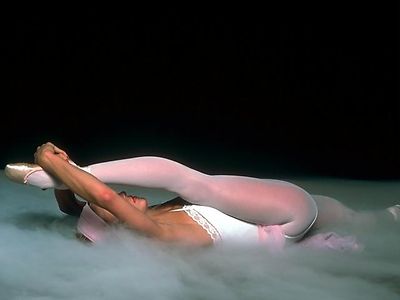 A Physical Theatre performance titled Majuli by performance artist Shilpika Bordoloi enthralled the audience at the Rabindra Bhawan in Guwahati on the 5th of March. Majuli, with its unending bounty of nature and culture heritage has been a vital part of Assam’s identity. The flora and fauna and the ethnic diversity are other two very important aspects of this river island. Shilpika has taken up a unique initiative to spread the message of protecting this heritage. Majuli has earlier been staged in Delhi and Bangalore and is a part of a project called ‘Katha Yatra’.

The performance starts at any point, as if in an island, to ultimately open up to a huge dimension in space. The performer travels as the water of the flowing river, with different qualities and evoke many journeys within the space of her visit to Majuli. The rhythms, flirtations of the folk, the catharsis of one’s house getting washed away, the pleasure of rain, the spiritualism of the Satras, the structures, along with the imagery of a boat create ‘Majuli’. The sound and musical instruments used in the performance reflect the Vaishnavite culture as well as the folk tunes of the Deori and Mising communities forming the crux of the populations inhabiting the island. The elements of costume, light along with sound make it a strong Physical Theatre each playing its part to make it a wholesome experience.

The show was choreographed by the performer herself. In her own words “Majuli’ and this process is bringing together her historical and geographical identity. Shilpika has over 15 years of experience in dance. She has been trained in classical Manipuri, Bharatnatyam, theatre movement and Tai-Ji-Quan, a form of martial art. She had had the privilege of training under renowned teachers. Her choreographic solo pieces and group productions have been staged extensively throughout the country. Shilpika has also performed in China, Japan, Russia and Switzerland. She is also a visiting faculty at the National School of Drama.

The multimedia project “Katha Yatra” deals with cultural practices along the Brahmaputra River. “Majuli”, therefore, plays a significant role in this endeavour. The performance beautifully brings together modernity and tradition as well as theatre and dance. Just like the symbiotic relationship between various natural and cultural aspects in the river island, the performance also reflected the symbiotic synthesis between various elements of art. Shilpika, as a dancer, has never been trained in western ballet or other western contemporary forms and it gives her the advantage to be formless and yet create her own organic designs of movements.

Throughout the performance the audience was spellbound with the dynamism and vivaciousness that Shilpika exuded.