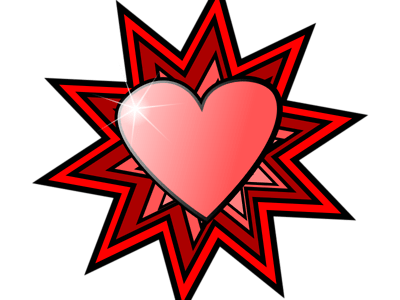 “Have you experienced it?’

“Then? Why do you have to be scared of something which doesn’t exist? “

The above is not a conversation about the existence of ghosts or demons, rather it’s an exchange I overheard between two cynics regarding the emotion called Love sometime back. Well, no, my topic is not a debate about the existence of Love. I agree Love exists. Or else how would you explain all the problems that arise out of it? Take my word- Love is a major global problem that has not been recognised by the authorities yet. In fact I would go as far as saying that it is one of the major direct or indirect causes that lead to loss of life and movable and immovable assets. Go on, you may think me raving mad, but you cannot deny that there is an amount of truth in what I say.

And if you are thinking that I am referring to only suicides when I mention deaths, then you are wrong again. What about the honour killings? What will you call the murders by jealous husbands, boyfriends / girlfriends? Aren’t they related to love in a way- whether love leading to obsession or because of complete disregard to someone’s love ?

And how could you forget about the Devdas syndrome where someone willingly takes up the path of self-destruction because of unrequited love?

Then if you think that to be far- fetched and unscientific, what will you say to the numerous unreported maternal deaths due to attempted abortion in an untrained and non-medical environment? Abortion of an unwanted pregnancy which again arose because they had unprotected sex in a moment of uncontrolled unbridled passion born out of Love ? AIDS, Alcoholism, Road traffic accidents, Bankruptcy, Delinquincy, Psychiatric disorders, Crime,- well I can list out almost all ill happenings as being direct or indirectly related to the emotion called Love.

Not only loss of life, but if you take into account the unaccountable hard earned money being wasted in fruitless industries like balloons, chocolates, cards and poured out in numerous cups of coffee and pizzas, it would seem like such a waste , more so for a country like India where 90 percent people do not get a square meal properly.

Work efficacy of a person almost hits negative mark, students under perform and sometimes homes are ruined. But sadly, no authorities or administration takes it seriously as a problem.

They have numerous missions and global control and eradication programmes, but they fail to see the huge magnitude of the impending disaster evolving out of love. They are more into malarias and diabetes. Mind you I am not demeaning those diseases but I just wonder why the people in power fail to see the associated problems. Why do they take it as a school boy’s whim and let it pass assuming that it will wear off by itself?

I am not of course implying that love as a whole should be banned or barred. That is almost next to impossible. There will be widespread rebellion if it is even hinted let alone implement, but there is a term- “harm minimising effect” and that is what I speak of.

Love can never have a vaccine and in reasonable intensity is a very pleasant emotion that can make your life all rosy and beautiful. Love is needed in life, but it should not turn into an unhealthy obsession. Oh dear, I am sounding so matronly and insipid, but the general tendency to just let go and float in love is a dangerous proposition. It is when we don’t hold back and let go, do the problem arise. Well but my point today is how do we curb the menacing side and after effects? What do we do when we cannot stop it?

Love though experienced by everyone at some point of life , strangely is hardly spoken about much. Can we remember our Moms and Dads or even teacher’s and bosses speaking of their unrequited love or their dates and honeymoons? No , never. Its kind of an unofficial taboo. Barring aside few instances of Aunt, uncles or grandmas , hardly anyone share their love life. You just get a contemptuous smirk whenever you ask about it- “It is personal”. So a poor fellow in love is left alone to deal with his ethos and pathos or take the help of equally inexperienced friends.

There is no support group, no Lover’s Anonymous that can help a needy person who is going through his or her personal hell. All we have at times are those agony aunts and sleazy wise guys or love gurus who churn out impractical advice which is more on witticism or idealism and less on real matter just to earn a few wolf whistles.

Psychiatry too has no special place for lovers and will broadly categorise him/her into depression. Shrinks will make them talk like hell hoping that they get bored and exhausted and finally sleep off and if that doesn’t put the subject to sleep then sedate him/ her .

There are no NGOs there who will take you up for rehabilitation and teach you to make baskets to keep your mind away from it.

In other words , for a problem as huge as this there has been till date no official multi- faceted counseling, treatment or rehabilitation program which is a global shame or for that matter a shame for the whole human race especially since we are the same people who extol to the heavens the same emotion- Love.

Why don’t we have a special chapter on love? A subject? Teachers? A seperate Stream that deals with the social, biological, legal, psychological and financial aspects of love? May be only when we acknowledge the gravity of the problem and set up a multisectorial stream to deal with the manifold problems arising out of it, do we have a hope of normalising the chaotic scene out there and it is time that we acted. And who are the WE? We are the cynics and wary population who stay at arm’s length from the same. Yes , the onus lies on us, because those who are already afflicted with the emotion have already been rendered useless and nothing fruitful can be expected of them, not even cooperation. So We have to act fast. For the LOVE of humanity and our friends, we have to act fast to minimise and contain the harmful effects of Love only then do we have a hope of a sane world.

For the Love of your smile by Jigar Shah

Honeymoon- No honey, No moon