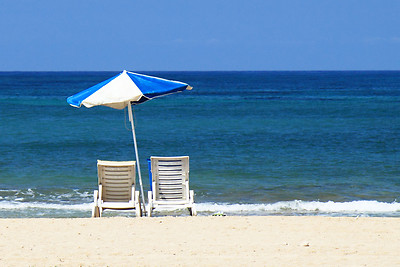 Honeymoon- No honey, No moon I had always wondered why the word “honeymoon” invites more “nudge, nudge, wink, wink” than anything else. Oh but hang on. It is the “wedding night” that invites more of that than anything else. But that’s not my point. Ever wondered where the word honeymoon comes from? Way back in time when couples got married without even meeting each other before the actual wedding, the newly weds were supposed to spend a month drinking mead, which is made from honey. The mead was to ensure cordiality (we all know what drinking does to people anyway) and basically to sweeten everything. To the cynic, this means that all marital bliss is supposed to wane off in a month (the full cycle of a moon); that not all moons in a couple’s life are as sweet as the first. The ancient Greeks had it even better. Instead of the newly wed wife, the groom was supposed to spend a period of a month knowing his father-in-law (of all people!) and they both drank mead as they did this. The going away on a trip has its origins in the time when the groom had to abduct his wife to get married, and the best man was supposed to protect both of them while they got married. There are more versions of this floating about, but coming to the point, it all boils down to the crass definition of a honeymoon today: a “fertile” holiday.

Yeah, right. I spent my first holiday as a newly wed in the company of my elder sister and my brother-in-law and another couple I had met for the first time. While with the former couple it was a case of too much familiarity, with the latter it was that of formality demanded by a brand new acquaintance. And stuck somewhere between formality and familiarity, were we: the newly weds. Nice as it was, to have the new husband as company, it was surely quite awkward to be left alone with him on purpose. More so, since my sister blatantly promised to “look the other way” when we were around. And did I mention that my husband and my sister and my brother-in-law are friends from way back in college? Throw all of them together, and add the fact that I hadn’t spent time with my husband before the wedding, and you have your traditional honeymoon twisted and contorted to make space for good old friends and family. Oh sure we drank mead; we just chose to call it beer. Now I know there’s a joke lurking right around the corner about how the honey in the mead was to make everything sweet so maybe the bitter in the beer was to make everything whatever, but I am not sure I want to make it. Anyone who’s spent their honeymoon with four other people, one of them being their elder sister, would understand how these things are not meant to be joked about. I mean come on, the husband and I had “nudge, nudge, wink, wink” jokes for breakfast along with the regular toast and eggs.

By the time the first month was over I had perfected multi-tasking in a way that only seasoned wives do. I mean, I could cook and nag at the same time, nag and sob at the same time, clean and quote the husband from memory at the same time and sometimes do all of them together. You get the gist. The first “moon” was over and so was the beer, I mean, honey. The husband decided it was time for another trip, only this time, instead of family, we had colleagues from my husband’s office for company. If more indeed does mean merrier, then surely, two other couples, *and* two of their young daughters could only make our “second honeymoon” so much better than the first. So while in the first trip, I was more conscious about all the playful teasing from the “ghar ke bade buzurg”, in the second trip everything had to be G-rated keeping in mind that the trip was to be a “wholesome family entertainment”. Before you start conjuring images, please bear in mind that seeing grown-ups even holding hands can seem “ooooh!” to six year olds. The adults themselves were pretty sensitive to the fact that we had been married for only a month, and while the jokes still remained, they were quite subtle. They even arranged for our room to be decorated like that of a honeymoon suite, even though I discovered it in the company of the two young girls who had chosen to follow me all around, instead of the doting husband. That we were forbidden by the girls to enter our own bathroom while they played with the flowers in the sink is something that I find more endearing than irritating. And that just goes to show what a month of marriage can do to you.

If I make it sound like there was no romance or dreamy sunsets or mushy evenings then well, I am wrong. Because somewhere between the teasing and the jokes and playing rock paper scissors with kids who call us Uncle and Auntie, we did share some stolen moments where it was all about the honey and the moon. Whether it was while jet-skiing over the frothy sea screaming ourselves hoarse or taking a quiet walk in the early morning just to click pictures of the beautiful resort, we connected in our own unconventional way, just like our unconventional honeymoons. But the story doesn’t end there. Just last month we had to take a trip all on our own during the Chinese New Year, and both of us were so glad to escape from the mundane and the perfunctory, we made sure to make the most of our time there. And when we came back, I realized:

Together alone? Check
Sightseeing? Check
Solo photos of one another? Check
Asking random strangers to click our photo? Check
Getting to know each other better? Check (but then that’s check always)
Mush and romance? Check

We just happened to go on our honeymoon three months after our wedding, without realizing it was our honeymoon. In which case the whole drinking-honeyed-mead-for-the-full-cycle-of-a-moon theory about the concept of honeymoon kind of falls apart. To be replaced by, “To each his own, man. Peace.”