Life is Beautiful- A reader’s review 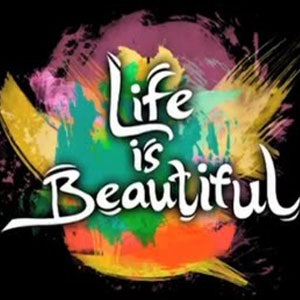 The much awaited Shekar Kammula movie hit the theaters recently after, well almost a two year wait. He has definitely created a niche for himself and each and every movie of his has been not only entertaining but also should I say struck a chord with the audience.
This movie comes at a time when the movie scene is filled with movies featuring heroes mouthing their trade mark punchline dialogues, comedians mouthing obscenities in the name of comedy and the “must include in the movie” item song but this movie definitely wafts in like a breath of fresh air. There is not a scene in it which will make you cringe in your seat neither is it your run of the mill thriller where you are at the edge of your seat. You don’t find the hero bashing countless bad guys or rope shots and multiple camera shots with the hero in the air etc etc.
The movie runs for 169 minutes which is a little shy of 3 hours. I found a number of similarities in characterization between his earlier hit Happy Days and his current movie Life is beautiful. The number of main characters,their mannerisms etc definitely gave me a sense of deja vu. But that said, the movie moves at a gentle pace keeping the viewer engaged upto the final credit roll.
It is set in an opulent set erected by Thota Dharani in the suburbs of Padma Rao nagar and all credit goes to him for the amount of detailing involved.
Shekar continues his trend of introducing new faces to the industry and his work speaks volumes about the kind of hard work that has gone into the making of the movie.
It is definitely great to see Amala Akkineni back in the big screen after a hiatus. Anjala Zaveri is back in the flick as well. Each and every character plays his/her role to perfection but my favorite of the lot was “Chinni” played by a little girl. She literally steals the show with her performance. (well would not say anything more :).
A coming of age movie- the transformation from adolescent to adults, taking up responsibilities, challenges faced etc form the crux of the plot.
Music by Mickey J Meyer is a huge plus. Songs move the story forward and I personally like the Amma song which is a montage and beautifully done.
The comedy is situational and each character brings his own persona to the table.
In all a feel good movie. I would definitely watch it more than once as I am a sucker for such movies
I feel the 169 minutes were definitely worth my attention and money.
So take a bow ~Shekhar Kammula