And just when you thought it was getting a bit boring, it fastens its fists and punches you on your face hard. 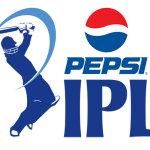 The Indian Premiere League, season – 6, having the highest TRP of all seasons have record sold out crowds in the stands.

T20 cricket has always been famous for the reckless hitting and shredding of the cricket ball by the massive hitters of the game. Crowds love it when both the hands of the umpires are high in the air.

What more, you even get tickets with not so much fuss and you have 7-8 games in each venue. This season was no different in these terms but as the season progressed, we saw that the IPL-6 was turning to be more of a bowler’s game than the batsmen. Low scoring totals and that being defended as well. Well, sometimes pace did the trick and sometimes the spin.

Suddenly, the respect for the bowlers increased and there were posts and blogs about the Australian and South African ‘quicks’. The sub-continent slow bowlers were not out of discussions too. The mystery spinner, Sunil Narine has always been in talks since last IPL season and this time more because of his hair style.

And then all the ‘awww’ and the ’ohh that was quick’ comments changed. We had a century in this IPL from Chris Gayle and Shane Watson, Four 90+ not out scores, and batsmen were back in business. Scores of 170+ were being chased down, 200+ scores were getting hit by the big boys of the IPL.

And of course special mention to the coolest man alive on this planet, Chris Gayle. He makes everything look so ridiculously simple. Talks simple, hits big and doesn’t show any emotions. Scored 175* against Pune in the Chinnaswamy Stadium with 17 sixes and that was something!

And guess what, these changes have occurred in just half of the season. We got almost the same number of matches which have been played out till now.

So here is the retrospect of the teams till now:

1)      Chennai Super kings: They are usually the slow starters in the IPL. So as the tradition has been for the last 5 years, you do not expect a lot from them initially. But this widely talented team led by the dynamic MS Dhoni, has done tremendously well. Great batting from the skipper himself and Mike Hussey and so they sit comfortably at the top of the table.

2)      Royal Challengers Bangalore: Any team you support, you can never hate this team. One reason being this team is owned by the King himself, Vijay Mallya. Led by the passionate Virat Kohli, the most important feature of this team is Chris Gayle. Breaking all records and hitting a century in just 30 balls, this guy has the largest fan following among the foreign stars in India.

3)      Mumbai Indians: By far the strongest team on the papers. Going by the records and quality of the players, this team should have won the IPL every season. But you see my friend, T20 cricket is not the traditional cricket and the records don’t always count. Dinesh Karthik being the most prolific batsman of the side and well supported by Rohit Sharma, even after the failure in all the matches by Ponting and Tendulkar, this team is in clear contention of making it to the semifinals.

4)      Rajasthan Royals: This team has been playing like they did in the first season of IPL. They are playing like champions. Led from the front by Rahul Dravid, this team is famous for getting some tremendous talent out of the uncapped players of the country. Shane Watson is back in full swing with bowling and taking the wickets, and has also scored a century and a 98* in this IPL already. They sit at the 4th place in the tournament half way through.

5)      Kings XI Punjab: A total failure in the batting, Adam Gilchrist still carries his charm with his talks and youthful personality. Depending on the very young Indian players for their middle order, they have managed some amazing wins. Lost some close ones but are not doing much good to themselves by losing off the close ones.

6)      Sunrisers Hyderabad: After the 2nd IPL which they had won under Gilly, this team has always looked in total disarray. The only thing to look out for has been this teams’ bowling. This is one team in IPL totally depended on their bowling. Capable of even defending a 100 runs in 20 overs, Dale Steyn has always been like a bullet and no exception in this IPL. Hence he has been named Steyn-Gun from now onwards.

7)      Kolkata Knight Riders: The defending champions in this IPL started awesomely this season. Brett Lee bowled Unmukht Chand with a beautiful out swinger in the very first ball of this tournament. An out swinger capable of giving you an orgasm. Winning the first couple of matches, this team looks like on the verge of losing every game. Lost all its close games and now at the number 7 in the table. Very difficult to make it to the final 4.

8)      Delhi Daredevils: As we predicted here, this team has loads of talents but absence of KP from the team makes the lions look like cubs. Lost some very close matches in the beginning and since then low on confidence. They even called in the legendary, Viv Richards as a mentor for the team. The team won the very next match after that but again; the next one went down the drains. They sit at number 8 competing with Pune not to go to the bottom of the table. Playing only for their fans and pride, literally no hope for them to go to the last 4.

9)      Pune Warriors: The third season failure in a row. They started playing in the IPL 3 years back and still have not found any hope. Have not got their combinations right and neither has been in the top of their form what with the way the players are playing currently. Yuvi neither has been up to the mark. Last on the table.

So halfway through, this season looks like the most interesting of all. Get ready for some serious action in Cricket.

Stay tuned and come back for match-by-match updates for the next matches in this season.

Missed a match, don’t worry and visit here for the same live experience.

Of pulses and files