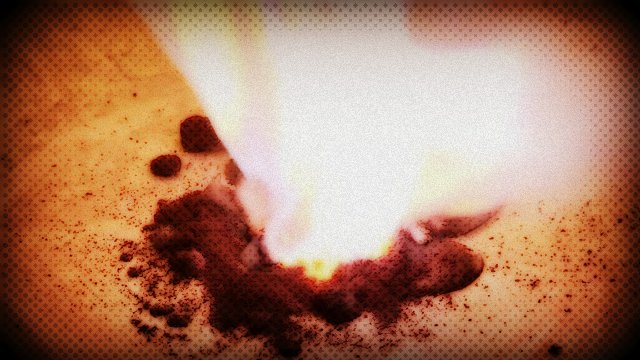 February 1, 2014 Off By Kanchan Bhattacharya

School began at 8 AM after breakfast. That was after we woke up at 5 AM, when the bell went clang, clang, clang! Come get your tea and biscuits. Clean the toilets- your duty in the toilet. Change to the dhoti and chadar! Run, you are getting late for prayers. Then twenty minutes sniggering at each other as the deeply religious ones call me to play the tabla, the only thing I liked about the prayer singsong sessions in the morning and evening! Change to PT dress- white. Do the one mile run and then, 30 minutes of PT under the sharp eyes of the ex Army PT teacher.

Set your beds one last time. Clean up the mess in the room. Polish your shoes. The warden is here, asking whether I finished the homework, he assigned after Arithmetic classes yesterday; relief he did not wait for confirmation. Change to school dress- time to run for breakfast! Long queue- but it’s my turn soon. Thus ran the daily tedium of the years at senior school. Class was interesting, even better was the hobby classes before noon break!

There, I was the guy they looked for- student secretary, Science Club! There is a school exhibition, we are excited! The Chemistry teacher, Shambhu-da is all praise for the Science Club- I had collected good project ideas- and mine was the show piece, an electric motor made with nails and magnet wire, a piece of iron and a few square centimeters of copper foil, all neatly assembled. What next he asked? I said I want to make an acetylene lamp, but the gas generator would not be the lab’s Kipp’s apparatus! I said let me make it Sir…

School was like a prison, except during games period. The six or seven football fields were without a strong fencing on the highway side. And if one was careful to avoid the eyes of the hawkeyed teachers, one could taste freedom, sometimes even reaching the village a kilometer away. Buy something and return- the teachers never asked why we came back to jail each time- trouble came only when we were seen escaping and caught!

I bought a kilo of Calcium Carbide, aka “carbide” @ 4 annas! And walked back, and slipped through the fence. Now the problem was to get back to my room- the gate between the fields and the hostel area was closed… and calcium chloride quickly changes into calcium hydroxide- slaked lime, and it burns the pocket while it reacts with atmospheric moisture! Not to say anything of the sweet smelling gas- C2H2, acetylene, that broadcast the presence of the source, an item NOT repeat NOT allowed in the hostel rooms!

The evil sports hour however passed within three minutes of the return through the fence. The bulge in the pocket now became a thing of the past- and a lesser risk as I managed to slip into my room- and quickly put the offending chemical into a tin container.

Then I forgot about the thing- after I made sure that the item was placed on the top and backside of a window side cabinet! Ventilation was good, and there was no risk of anything, and my room was well away from the warden’s room!

The next day was all excitement. Study period after evening prayers was spent in clandestine experimentation! Pour a little carbide in a glass bottle, pour a little water, put in a rubber cork with a glass pipe snugly fitted through it, wait for the smell of gas, and light it… cheers, there was this yellow flame!

So? So blow through it, hoping that the flame would become a welder’s torch- no such luck! So I opened PK Dutt’s book of High School Chemistry, and was sorry to find no help- though the gas torch was described! It said that I had to have an oxygen cylinder and a welder’s torch too!

So I had to rush off during the evening study period itself, to Vikas Dey, a senior and a very bright young scientist in the making – he did land up in Presidency College, and guardedly broach the subject. He too had no solution, but told me not to leave the flame on whenever I left the room.

Realization dawned! The flame was indeed on… and I was not in the room!

When I returned, I noticed-

My study table was on fire

There was a fire fighting action going on

My room was being searched,

And all my collection of non-academic items, magnets, copper foils, insulated copper wire (magnet wire), sand paper, pliers, hammer,  alas, the Swiss knife- a school boy’s status symbol, tea leaves, electric heater, a small water heating pan, sugar, powder milk, the chisel, insulation tape… all being seized! The warden gave me an ominous silent look, and told my roommates to watch me or else! The confiscation over, the fire fighters put the massive collection in a gunny bag and marched off to the warden’s room! Then the warden said just one thing- he would march me to the Head Master! And he walked off too, having disciplined the school’s own Newton!

Luckily, the headmaster was not in his room- he was away at Kolkata, and would not be back till the next Monday. And I was boiling in rage, why should the school discourage scientific exploration? Was I not the guy who stood first in essay competitions in Calcutta each year, and brought laurels to the school?

I slept uneasily that night, and wondered how to get back the assets, and where to stack these things if I ever got this back.

The next day Shambhu-da took on “Sulfur and its compounds”. Yours truly was paying unusually rapt attention as soon as sulfuric acid- Oil of Vitriol, and then (wow!) Aqua Regia were mentioned. And PK Dutt’s book was lucid.

School got over at 12:30 as usual for lunch break. I stayed on, and went to ask Shambhu-da about the Science Exhibition. The teacher was extraordinarily happy when I asked I need to make Nitrous oxide- I needed to check how HNO3+H2SO4 together would speed up the yield of N2O/NO/NO2 gases… and he quickly told me where to find the empty bottles. He told me to store the acids in the chemicals shelf in the Science Club, to keep the copper foil away and went off to his snoozing!

I was the lucky guy!

The acids went to the shelf as indicated- and the entire piece copper foil too! I had one extra bottle- and 50 ml of concentrated nitric acid, in an extra glass bottle snuggled out. I sealed the glass stopper with wax, washed the bottle, dried it and departed to my room.

The warden barely noticed me, his mind set upon ways and means to sort out the entire population of a 100 pupils in the hostel assigned to him. He did not notice the glint in my eyes!

The warden was a little busy that afternoon- he had to go across to the college boy’s hostel for imparting Mathematics Tutorials.

Copper is quickly eaten away by nitric acid- it does cause brown fumes in the process of digestion.

When he returned to his room in the hostel, the warden was aghast! His regulation copper body lock was open, somewhat eaten away, and his room exceedingly clean- no sight of a certain gunny bag. Now don’t think I was punished- there was no evidence of a gunny bag anywhere in my room either, though the entire hostel was searched in detail, no one owned up! Of course I was subjected to unfounded allegations, vehemently denied.

The story got over a few days later.

When the lunch bell rang on Sunday, the warden never knew how a broom tied to a parachute, landed on his head- it was a sunlit day, some sounds of running footsteps, and a huge queue at the entry of the dining hall. It was lunchtime, kids were washing their plates before entering the hall.

Gautam, the chemistry topper in our class, and I were already seated at the head of the hungry column of diners on the dining hall floor, on our wooden seats, helping our self to rice, and then mutton curry, the usual Sunday lunch menu!

The warden had arrived. He would make us utter some prayers! And then the sumptuous meal would begin in earnest. Soon curds and sweets too would arrive.

On 27 May 1964, I attended National Science Talent Scholarship Interview. Newton was right!