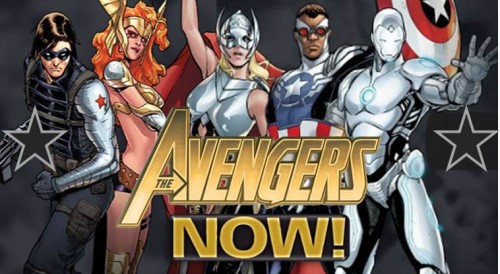 Marvel Comics had announced in 2012 a new wing Marvel Now, an effort to launch some new titles including the Uncanny Avengers and the All New X-Men. They idea is to attract readers to a new universe. Among drastic changes that you may find is a female Thor!  For more changes, check the video!

Below: the Avengers Now!

Do you like the new characters? Or would you rather stick to the old?