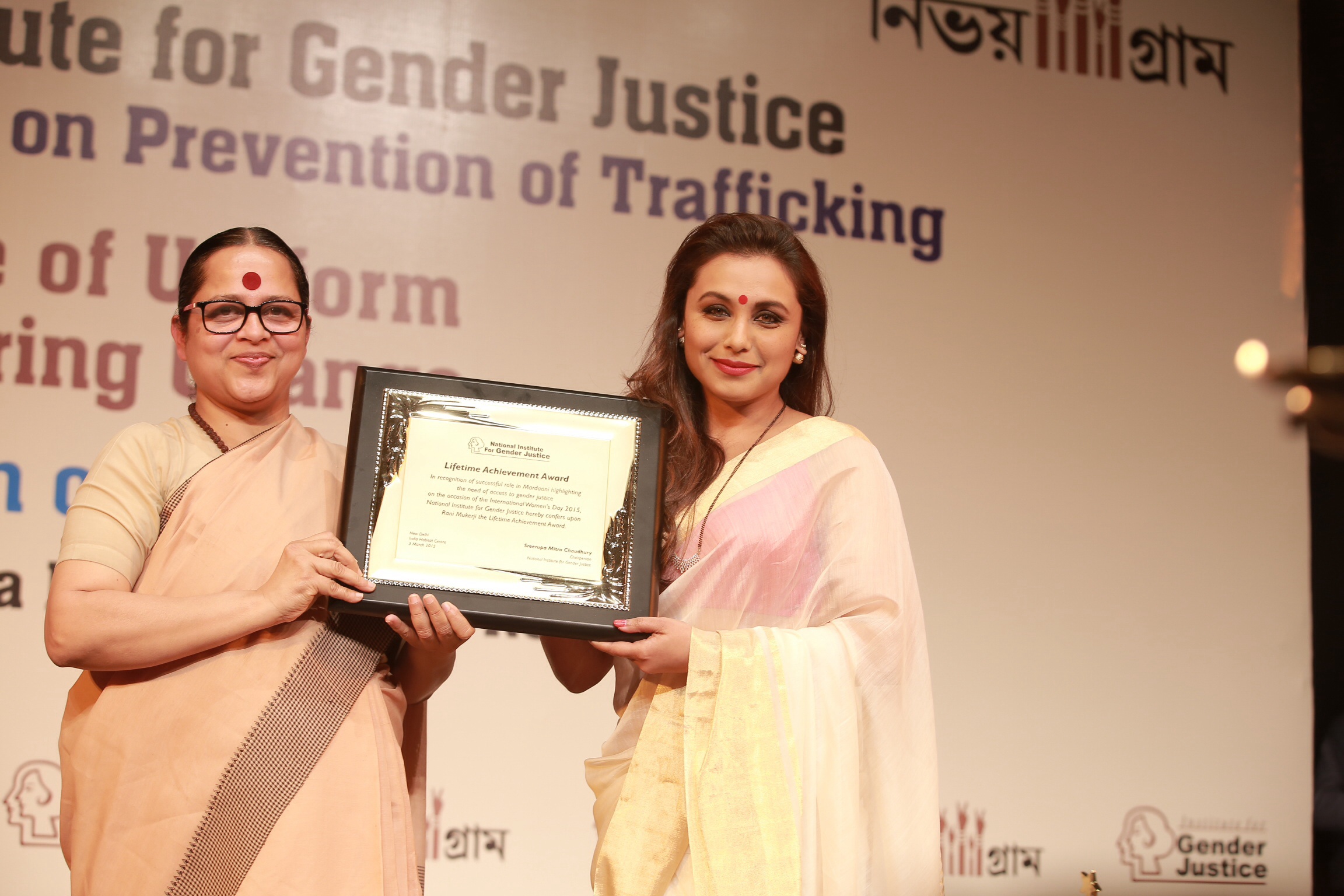 Rani Mukerji was felicitated on Tuesday in New Delhi by Sreerupa Mitra Chaudhury who is the chairperson for the National Institute of Gender Justice. The past awardees include Anna Hazare, Pratibha Patil, Pandit Jasraj and Mahashweta Devi. Rani Mukerji is the first ever film personality to be felicitated with this prestigious award.

Rani Mukerji is being honoured not just for her incredible work in cinema but also for the kind of work she has been doing to create awareness about child trafficking. It’s been a natural extension of her character in Pradeep Sarkar’s sleeper hit Mardaani, where Senior Inspector (crime branch) Shivani Shivaji Roy tracked down child trafficking cells and protected the girl child like no other. 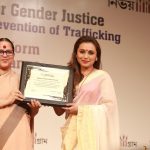 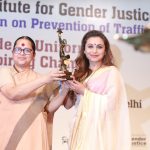 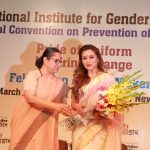 ‘It’s really heartening to see that not only has the film been loved by audiences worldwide but it has transcended the realm of filmmaking and become something that inspires the people who have been tirelessly working for years for the cause of child trafficking and are the real heroes. I feel humbled to meet these people and am glad that I am able to contribute in a small way. This award is special as it recognises my contribution to cinema in a different manner.’ said Rani Mukerji

Known for her fearless rehabilitative actions towards the homeless and abandoned citizens, especially women and children, women’s rights activist Sreerupa Mitra Chaudhury,Chairperson National Institute for Gender Justice said: “The powerful and fearless performance of Rani Mukerji in Mardaani idealises the role of police in prevention of crime against women, especially trafficking of girl child for commercial sexual exploitation. I feel she symbolizes the pride of uniform and inspire change. That’s the reason we decided to felicitate her for excellence in artistic performance