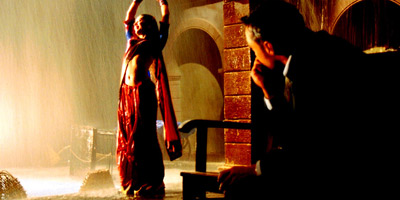 Prostitution: Is it that bad?

I had always wanted to write this but didn’t find a proper platform to share it. It’s a very sensitive issue, one that could subject me to hardnosed flak from different quarters. However, overcoming my inhibitions, today I’ve mustered the guts to express my views on a matter the mere discussion of which is considered rough-edged in our country, let alone its practice. Yes, I am talking about the age old profession of ‘prostitution’, or whoredom, whatever you call it! Over the last decade, India has witnessed an unprecedented upsurge in the number of rapes, molestations, and various other ‘sex crimes’; from Nirbhaya to the Shakti Mills gang rape, the denizens of our otherwise women-idolizing country have suddenly started annihilating the same. Now, the question that arises is how or why a certain section of our masculine populace became what they are today. Well, it’s impossible to find an acquiescent answer. Nevertheless, we can find at least one thing common among the sex offenders all over the world and that is the indomitable urge to have sex, either consensually or compellingly.

You must now be wondering what connection does prostitution have with the growing number of rapes in our country and elsewhere. Well, it does have some strong connections. Many countries where prostitution is not illegal have reported a steady decline in rape cases. For instance, in Australia, the number of rapes in 2003 was reported to be 91.3 per 100,000 persons which came down to 28.6 in 2010 while in India, the number escalated from 1.9 in 2008 to 2.0 in 2010, with the rape conviction rate being 24.2% in 2012. South Africa, another country where prostitution is illegal, records the highest rape cases in the world, viz. 114.9 per 100,000 persons. A still from ‘Chameli’ which depicted life of a prostitute

It is known to all that India houses the biggest red-light area in Asia and although that’s nothing to be proud of, one cannot completely deny the fact that the number of rape cases in that city is relatively low. Yes, Indians are ‘sexually frustrated’ people, especially the ones in the age-group of 20-35 years. They are so frustrated that they do not hesitate to indulge in ‘obscene acts’ in public places. To them going on a date means looking for a ‘khopcha’ where they can give flue to their long suppressed amorous desires. They are, in the words of Madhureeta Anand of dailyO, ‘suckers for sex’. Having said that, I also conform to the fact that there are various other causes that perpetrate such heinous crimes (corrective rapes, rape to prove one’s supremity, etc), the ‘sex steroid rush’ being one of them.

What I am trying to emphasize upon here is that if legitimizing prostitution can contribute towards diminishing the number of sex crimes, and by ‘sex crimes’ I mean only those committed by a ‘man against a woman’, the government can at least give a thought to it. Besides, what the government can and should do is allow ‘unmarried consenting couples’ to put up in hotels and not try to level them as ‘criminals’, especially in Assam where more than the police the media tries to be the enforcers of law, for such a move would definitely help in maintaining a ‘swacch’ environment in public places.

Prostitution should not be seen as a crime nor should it be practiced relentlessly. Forced prostitution and pimping should by all means be criminalized. Like Denmark where even the differently able can quench their thirst of ‘getting laid’ on ‘government subsidy’ and Germany where ‘sex workers’ enjoy social benefits like pension, the Indian government should also try being a little liberal in their outlook and stop irking the masses with their ridiculous ‘bans’ on almost everything that the youth cherishes. Except that, we know we have the coolest PM in the world!

Did you know how the Indian states were formed? East India Comedy tells you how, in this interesting video

People refused to work with me when I was ill: Kader Khan