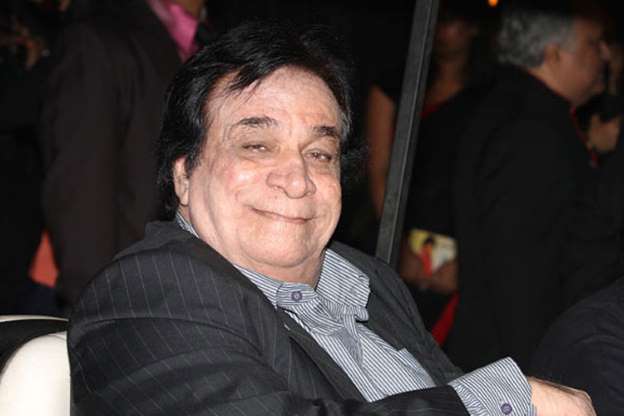 People refused to work with me when I was ill: Kader Khan

Versatile actor-writer Kader Khan has said that after his illness, producers and directors were unwilling to take him in their films.

Kader Khan, who was present at the trailer launch of his upcoming comedy ‘Hogaya Dimaagh Ka Dahi’, was clearly having difficulty in talking and walking.

But Kader Khan is pleased with the conduct of director Fauzia Arshi.

“It is only Fauzia who took good care of me, kept on motivating me. There was freedom from Fauzia right from the first meeting. She is an outstanding director,” he said.

Om Puri, Rajpal Yadav, Sanjay Mishra also star in the film, and Kader Khan termed them ‘thespians’ and expressed delight at getting the opportunity to work with all of them together.

Kader Khan was known for his work as a writer for numerous films with noted directors like Manmohan Desai and Prakash Mehra, as well as dialogues and screenplay for Amitabh Bachchan’s films.

“There has been a difference in the level of writing. As a writer, I feel that I should come back. I’ll try my best to bring the earlier ‘zubaan’ (language) back and people are definitely going to enjoy talking in that ‘zubaan’.”

Kader Khan said he wishes to remake his production ‘Shama’ and is writing a script on his ‘Parchai’.

Prostitution: Is it that bad?

Video: Guys like these raise the bar, rest of the boyfriends suffer!