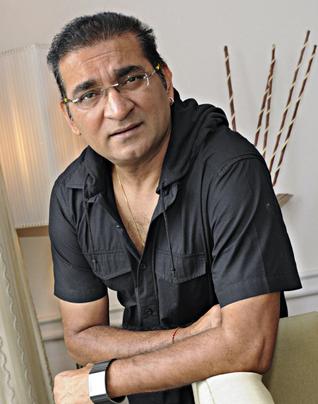 Sir, by now you must be aware of the kind of reactions that you have inspired among the masses with that ‘Salman’ified tweet of yours wherein you have so straightforwardly labeled the people sleeping on the streets as “dogs”. Mr. Abhijeet, at the very outset I would like to remind you that people do not sleep on the streets by choice. I don’t know if what you wrote about your ‘being homeless’ is true or not; I must say that if it is true then you have been more than ‘lucky’ to have escaped such ‘street siestas’. India is a poor nation Mr. Bhattacharya, so poor that when celebrities like you dine in exquisitely lavish hotels, those “dogs” sate their hunger with their saliva. Okay, even if for a moment I agree to your pronouncement that one should not sleep on the streets, does that by any means warrant a drunk driver without a license to run his vehicle over them? I mean, who is he according to you? A ‘social reformer’ who is on a mission to stop people from sleeping on the streets by actually ‘murdering’ them? Come on Mr. Bhattacharya, any coherent mind would consider such an act as a heinous and unpardonable delinquency, barring a few fanatics like you who are so lost in the glamour and stardom of Bollywood that they no longer have the knack to judge between right and wrong.

Mr. Bhattacharya, what if Salman Khan had been hit by a vehicle whose driver was under the influence of alcohol and without a license? Would you have reacted in the same way? No sir, you would have sympathized with the victim for the victim was not an ordinary man but a goddamned ‘celebrity’.

Mr. Bhattacharya, when known people like you make such outrageous statements, their effects are very far reaching. You inspire the young minds sir but what you have done today is abominable! Your one single tweet has the potentiality to create the wrong impression in the minds of many that it’s not a very serious crime to run their vehicle over a man sleeping on the street for streets are meant for ‘dogs’ and in our country, the laws against animal atrocity are not that strict.

Mr. Bhattacharya, by labeling those poor victims as ‘dogs’ you have not only insulted the deprived populace of India but have also in a way vouched for clemency for the crimes committed by ‘celebrities’ and thereby have asked the judiciary to be ‘partial’. You have put all of us to shame. I am a big fan of your voice sir but by no means of such ridiculousness that your voice has encapsulated today.