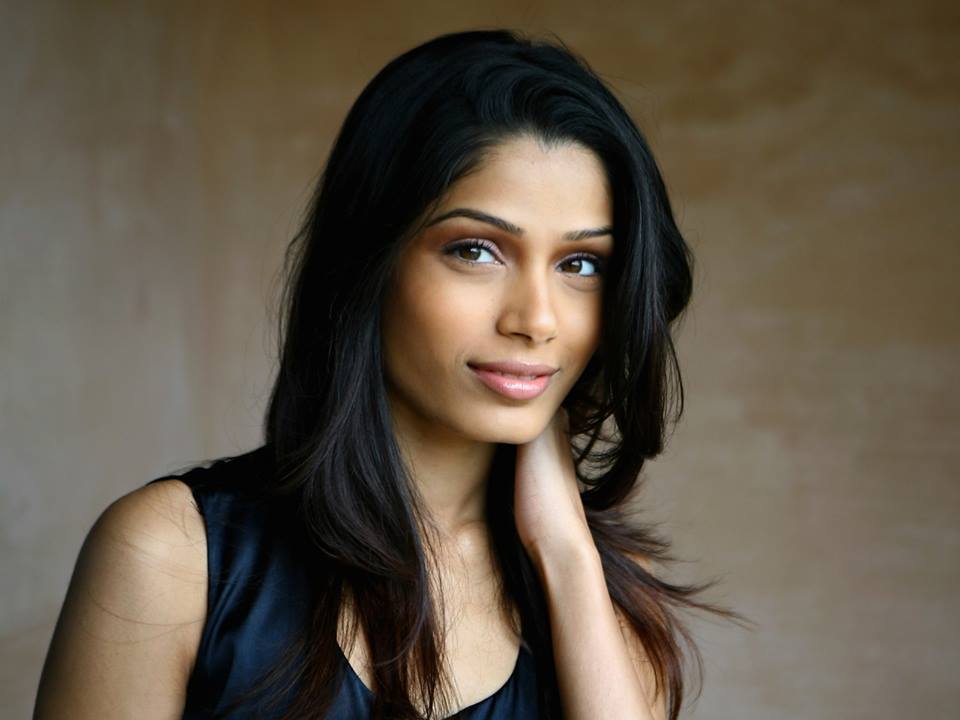 This is a column by actress Freida Pinto defending the documentary India’s Daughter. She has been actively promoting the film. She spoke regarding the same at the US premiere of the documentary.

I recently visited my dear friend Zoë’s beautiful six-month-old-baby girl,Orla. When I looked into her big bright eyes, I saw a raw spark of pure light – alive, dancing to its own tune, full of potential, oblivious to skin color, status or gender.

But in more places around the world than we imagine, a newborn girl child has has been damned, undervalued, called a burden, or even been killed before she was born. Because to be a female in today’s world is at best an exercise in subtle injustice or at worst a living hell. In the film ’India’s Daughter’ you heard an educated lawyer claim that “in our culture there is no place for a woman.” He is obviously not alone in his sentiments. But I don’t want to indulge in a full cultural history of woman-hating – suffice it to say that from the earliest written accounts, it has been so. From the Book of Leviticus which said ‘menstruating women are unclean and whoever touches them will be defiled’ to Aristotle who referred to a female as “an incomplete male or a deformity”, from Confucius who felt that a hundred women weren’t worth “one testicle” to a certain public figure who stated “boys will be boys”. And that was 2013.

So today in 2015, despite the vast improvements in the last century, a complex network of ideological and cultural norms continue to make global misogyny, in my opinion, the great scourge and most pressing issue of our age.

When we watch ‘India’s Daughter’ and imagine Jyoti’s harrowing ordeal, there is a visceral reaction; a physical body clamping that makes logical discourse very hard. I remember being in Mumbai when this happened and I remember my private body parts cringe and recoil in horror, disgust and rage. And this reaction was not just limited to my sex. My male friends and family members pretty much experienced the same.

But make no mistake. Female subjugation is not restricted to the third world. While it’s all well and good to be mortified by the state of women in India or Pakistan, it will take further introspection before the First World acknowledges the same dynamics within their own culture. And I’m not just talking sexual crimes which are a grim reality in countries like the US as was evident in the Vanderbilt University gang abuse case this year. I’m talking about something that belongs to the modern or so called civilised world, such as the refusal to pay a woman the same as a man for the same job. And often those jobs come with a tough climate with women having to stay silent or even laugh amidst misogynistic remarks in the setting of a male boardroom. And yet to speak out is to get tainted as the “uncool” girl or the “feminist”. I can’t wait for this generation of women to understand that claiming to be a feminist simply means asserting that they share the same spiritual and economic value as a male.

So I ask you today to stand with me to be the new Greatest Generation that makes misogyny and violence against women and girls recede into the past. You may ask – how?

To begin with we must take hope – not just from the courageous women who marched on the streets of India after Jyoti died, – but from the men.We have met them at work, at home, at church, at play. I have them in my life, and I am my father’s proud daughter. These men are the enlightened torch bearers. These are the men who we call to fight, to stand up for what is honourable, and to speak out vociferously against sexism at the workplace and violence at home. We equally call upon men who don’t believe in equal rights. This is your fight too – to defeat and transcend your own mindsets. We also call upon the men of the future, teenage boys, to not succumb to the pressure to shame girls at parties and online with lewd posts and videos. With you men as our allies, women have hope.

Secondly, I call upon policy makers to redefine social and economic policy to reflect the need to focus on girls’ education globally so they can participate and raise the next generation of enlightened males. We need the “democracies” of the world, and specifically the democracy of India to be unafraid in facing the dark reality of sexual violence. There is no shame in admitting it exists. Shame lies in the crime and in the act of NOT speaking out. A ban serves no purpose in addressing the reality of the situation. It only makes one question if we truly can boast to be a democracy that allows freedom of choice, expression and speech. We need to know what we are up against inorder to deftly and strategically deal with the ongoing sickness of certain mindsets. Honourable Leaders, if you can be courageous then our grandchildren may grow up in a culture free of gender discrimination.

And to religious leaders, please consider the magnitude of your influence. You have the power to grant women honor or disrespect within all of your faiths. Please choose the path of honor.

Finally, I call upon women to make each other’s welfare a priority and to refuse or shame another woman for her choices. Refuse to internalize or project the centuries of woman-hating, hard as that will be. With all of us doing these things, and educating our children to do the same, we may have the chance to finally shift the paradigm which led to the despicable and heart-rending events of this film.

We will all inevitably and quite naturally return to our lives in a minute. There is no judgment in that as it is human nature. But let’s for a moment imagine being in the presence of a bright light. That light is Jyoti, which literally means “light”. Jyoti, our sister, who was gang raped and tortured to death. And all she is saying to you is, “Please don’t let anyone put me out again.”