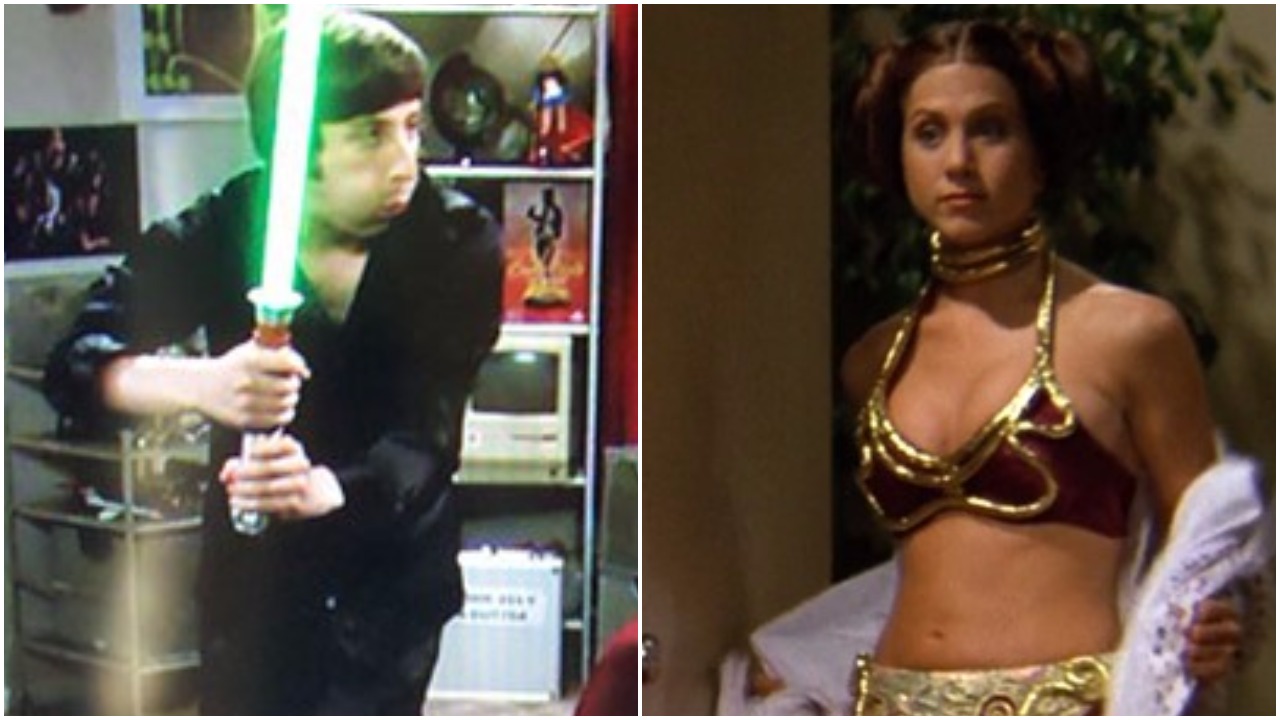 The Most Memorable Star Wars Tributes On Television

~As Star Movies presents Star Wars complete saga every weekend this January, here is a look at some of the most TV tributes ~

Each and every movie fan has heard the term- ‘Once upon a time…in a galaxy far far away’ that showcases the longevity of the Star Wars fandom being never ending! From Easter eggs in some of the biggest movies of the history to references in comics and TV shows, Star Wars is one such classic whose fan following leaps into generations after generations. The famed series has been ingrained in and inspired so many TV Shows over the years.

Remember Ross’s Princess Leia fantasy? Or Sheldon’s Raggedy C3PO costume? Or maybe Barney’s Storm Trooper in his living room? We have always seen at least one episode of each of our favorite TV Shows falling back to Star Wars.

As Star Movies has begun showcasing all the six Star Wars film every weekend this January, Here are is a look at the top shows that have dedicated their screenplays to the greatest creations of our times: Star Wars. 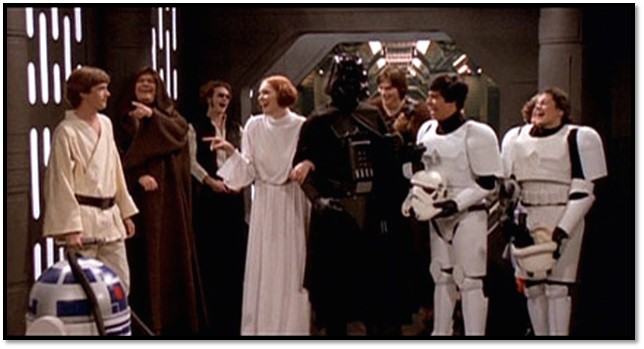 The show features many Star Wars references throughout their series, but one of the biggest had been the episode “ A New Hope” where the one of the characters ‘ Eric’ dreams of everyone to be in a star Wars movie making himself Luke Skywalker and his girlfriend, Donna, Princess Leia. 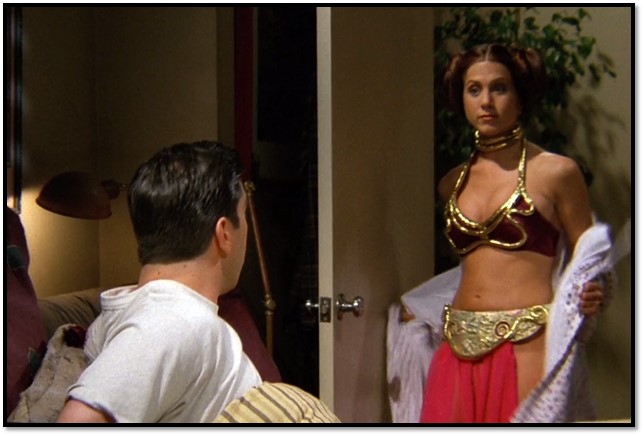 The TV show of all times! F.R.I.E.N.D.S dedicates one entire episode to Star Wars in season 3 episode “The One with The Princess Leia Fantasy” where Ross narrates of his fantasy of prisoner Princess Leia’s Gold bikini outfit which Rachel tries to fulfil latter but things turn awry.

3. How I Met Your Mother 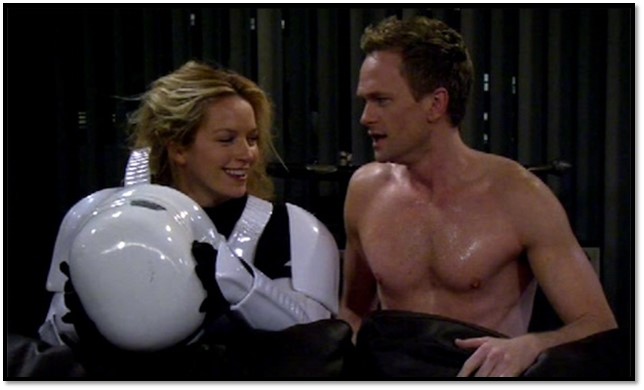 The TV Show rules with almost its entire cast being die-hard fans of the movie so much that Barney owns a Stormtrooper in his living room, Ted almost broke up with his girlfriend for not liking Star Wars and Marshal creating the “Trilogy Time” tradition to watch the series every three years. 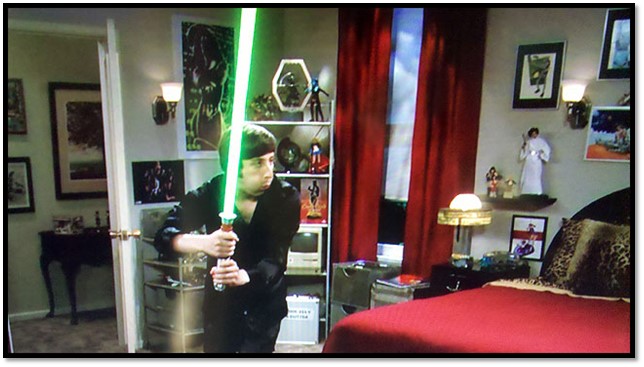 Almost no show has referred to Star Wars as often as The Big Bang Theory. From Sheldon’s C-3PO costume from “The Holographic Excitation” to his crazy Star Wars referenced one liners. The show mentions the movie in almost every season. 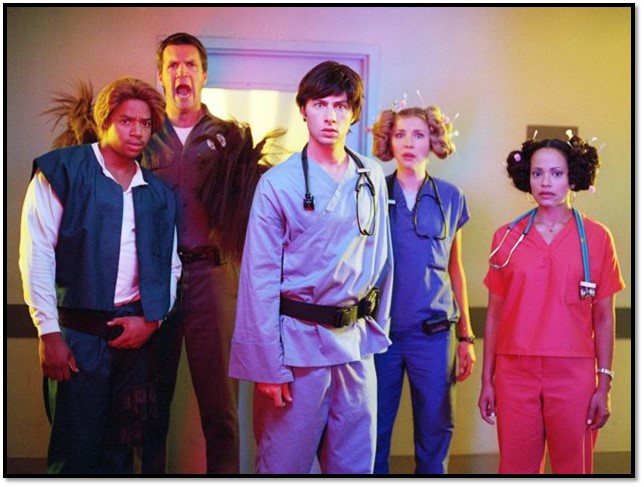 Day dreamer J.D takes us on a Star Wars ride in the episode “My Two Dads” where he dreams of everybody in a Star War-sy situation where battles are fought with laser pens and the Janitor is a Wookie. 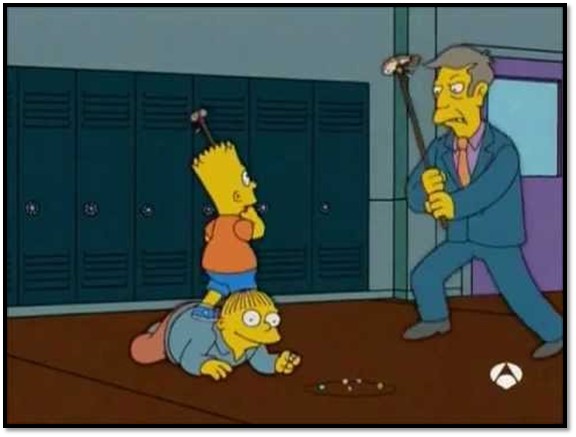 With their satirical gimmicky narrative, The Simpsons draws a brief reference to Star Wars in the fight between Principal Skinner and Bart with the Star Wars music score in the background.

Hidden Talents Of Bollywood Celebs That Will Leave You Surprised!

Ridheema Tiwari opens up about Begum Jaan and other things!