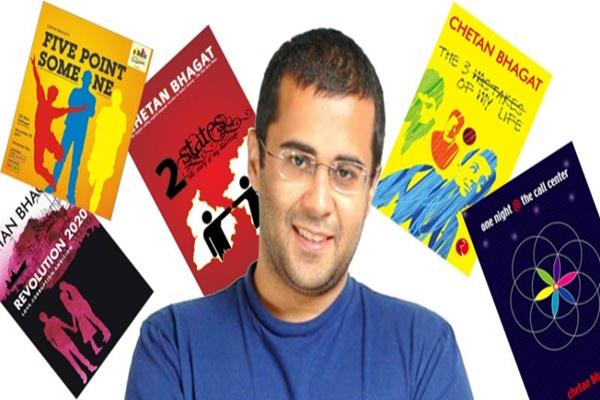 An English Literature Professor who does not read Chetan Bhagat books, wants to host a Chetan Bhagat Book reading festival for the people who do read him and are his ardent fans, to make a point about personal freedom, tolerance and harmony during these divisive times.

“The offer is open to all, regardless whether I know them or not. The five hundred people will be chosen on a first-come-first-served basis,” MT, a professor at a Delhi’s elite College, wrote in a Facebook post on Saturday. “I sincerely appreciate his efforts in writing and I believe he has been so far been successful in making non-English readers read his books. The fact that I don’t like reading his books is a personal choice.”, he said in reply to a comment.

“I don’t read his books for religious, cultural and personal reasons, but that doesn’t mean others can’t read it,” MT told Fried Eye. A twitter post by Sandeep Panikkal in reply to Chetan Bhagat tweet trolled social media in last 3 days. It said “If you get Sahitya Academy award I will return my ration card in protest.” This tweet made him an overnight twitter celebrity with more than 2.4K retweets and 1.4K favorites.

MT asked people to message him their names and numbers if they liked reading Chetan Bhagat books and wanted to be a part of this gathering. MT, who has never read Chetan Bhagat books, said that he has already ordered 500 copies of each of his books so that each reader can read whatever book they like.

MT said that he has heard of great Literature Festivals around the world and how most of those festivals ignore Chetan Bhagat and his achievements.

“I know Chetan Bhagat books are not banned anywhere in India. Nor has anyone got beaten to death for reading them. But it is good to give some of these people a sample of democracy, choices and humane, friendly behaviour. We don’t always have to militantly and cruelly insist everyone follows what we believe in,” he said.

The professor has been inundated with book reading requests after his Facebook post. He is now trying to figure when it would be a good time to arrange the meet.

*DISCLAIMER* – The above piece is satire article based on recent Huffington Post aricle and the way Chetan Bhagat trolled after he made fun of the Sahitya Academy Award returning spree that is taking place in the country. The Writer is an obsessive book reader and he sincerely appreciates the work of Chetan Bhagat. This post is written not to offend anyone unintentionally.